Bentley to launch Bentayga SUV in India on April 21 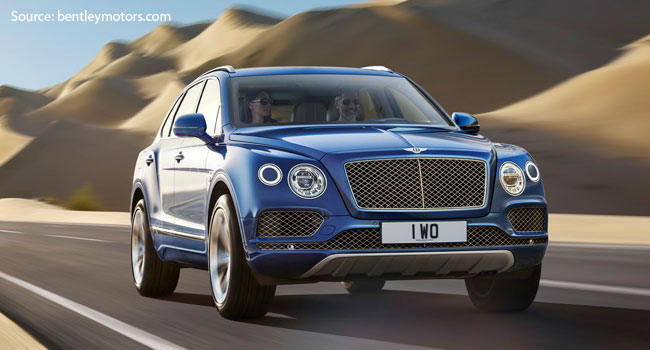 Unveiled at the Frankfurt Motor Show in September 2015, the Bentayga is 5.14 metres long, with a wheelbase of nearly three metres. It is based on an iteration of the VW Group's new MLB-Evo platform for large vehicles that has already been used for Audi's new Q7 and will be seen in the all-new Cayenne.

An all-new twin-turbocharged 6.0-litre W12 engine develops 600bhp and a mammoth 900Nm of torque mated to an eight-speed transmission. The SUV sprints 0-100kmph in 4.1 seconds before hitting a top speed of 301kmph. 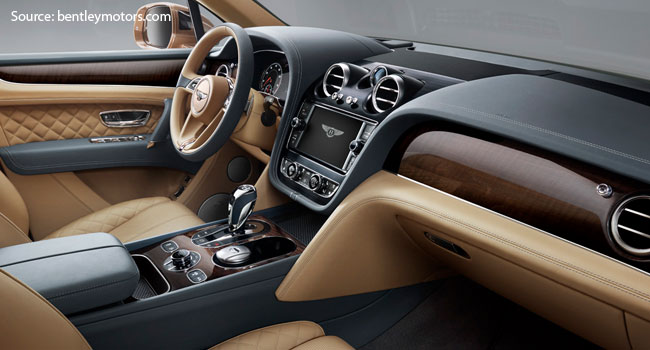 The car makes extensive use of high-quality materials. The dashboard design reflects the wings of the Bentley badge, flowing from door to door. A 'floating' driver info panel with bright mineral glass as its screen, speaker grilles behind a fine metal mesh, intricate knurling on all important switchgear and new diamond-quilted seats with up to 22-way adjustment are some of the highlights.

The SUV retains the family design language inspired by the Continental GT and Flying Spur luxury cars. The large rectangular-shaped grille takes the prime spot at the front. The large single round headlamp unit shown in the EXP 9 F concept, on which the Bentayga is based, has given way to twin headlamps, in typical Bentley fashion. 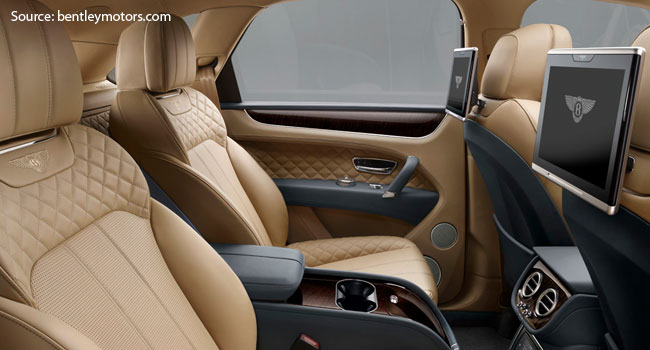 The carmaker has allocated 20 cars for India for 2016 and the first customers of the Bentayga are mostly current Bentley owners and brand loyalists, who have been given first preference. First deliveries are likely to begin in June this year.

The base models for the Bentayga are expected to be priced around Rs 3.75 crore, while the well-equipped ones are likely to cost upwards of Rs 5 crore (estimated ex-showroom price). When launched, the Bentayga will be the most expensive SUV sold in the country.

According to reports, the company has allocated only 20 units for India this year and all of them are already sold out. The SUV can be expected for a price between Rs. 4 crore and Rs. 6 crore.