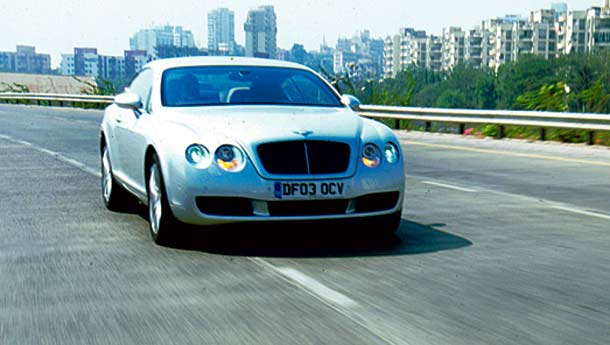 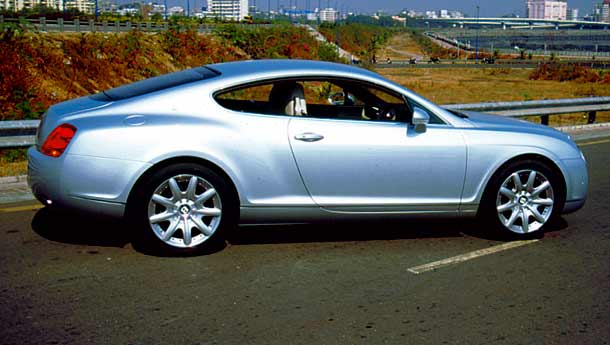 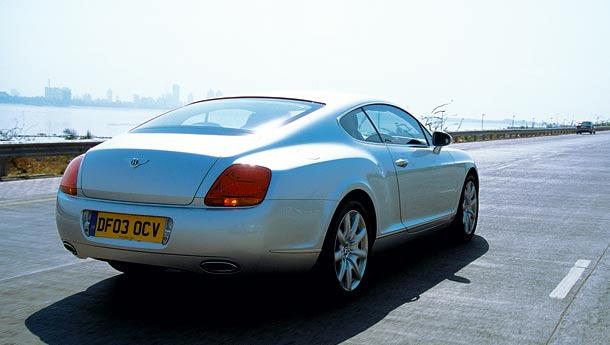 Some cars have it in their names. A Ferrari 360 Modena Challenge Stradale is, of course, meant for the track and a Maserati Quattroporte has, simply, four doors. When way back in the early 1950s, the suffix ‘Continental’ was added to a very fast automobile of its time, it meant only one thing – the fascination of an island nation to cross the huge European continent that lay in front of them. Needless to say, the history of the ‘winged B’ is full of cross-continental antics by exceptionally mad Englishmen. Monte Carlo to Surrey, a distance of 1,300 km in 17 hours and Eze-Sur-Me (a town that lies between Nice and Monte Carlo) to Boulogne, a distance of 1,200 km in 12 hours 10 minutes and so on. Continentals were always very fast cars, that could cover the Continent between meals if need be. And they were not stripped-out sports cars – they had space for four adults, who could wear hats if they wanted to.

Fast forward to 19th January 2004, Bandra-Worli sea-link in Mumbai. I was about to drive the latest automobile to wear the Continental name plate, the first all-new Bentley to come out of Volkswagen ownership – the new Continental GT, which is an unreal sight when seen juxtaposed to a suburban Mumbai backdrop. It is long (an Arnage is only marginally longer), has huge 19-inch wheels and looks enormously powerful even when standing still. The GT was penned by a team led by Dirk van Braeckel (who is now responsible for even more exciting stuff like new Lamborghinis) and he ensured that the lines echoed the flowing designs of Rolls-Royce era Continentals, yet with a wire-mesh grille borrowed from the marque’s vintage years. The result is a car that pays homage to, yet doesn’t try and re-create, Bentleys of yore. If the designers had Aston Martins as their target then they would have made the GT even more muscular, but for the time being the car looks a bit understated, a tad bland even, yet purposeful from every angle.

Inside the car, the interplay of past and present continues and it all looks damn good. Just enough chrome, lots of leather and wood at the right places – the Germans didn’t go overboard with the retro theme and the GT’s interior is a place you will feel comfortable almost immediately after slipping into it.   Sure, I was comfortable. Otherwise what can explain the speedo needle crossing 160 kph moments after I pressed the starter button? Actually it does not need a lot of explanation. Under the long hood ahead of me was one of the most potent internal-combustion engines ever produced by mankind – the 6000cc W12 was first test-fired under the VW Phaeton and the Audi A8, before being given a twin-turbo massage by engineers at Crewe, to develop a massive 552 bhp output (note: the Ferrari 360 Modena and the new C6 Corvette have ‘only’ 400 bhp motors) coupled with 65 kgm of turning force. All that is transferred to all four wheels by a ZF six-speed gearbox which uses a torque sensing centre differential. On paper, it may not look as torquey as the good old Arnage, but let me assure you, driving is believing.

A couple of months ago, Bentley took noted European journalist George Kacher to a test track at Ehra-lessien, Germany, and asked him to drive the GT flat out. He did and recorded a massive 329 kph on the banked track! The ultra exotic and three times more expensive Porsche Carrera GT would only do the same! And this four-seater Bentley that weighs 2.4 tonnes will be only a second slower than the 1.4 tonne two-seater Porsche in the sprint up to 100 kph – and if that doesn’t speak for itself, nothing else will. I am sure, as and when VW engineers plonk this W12 (essentially two VW VR6 engines that share a crankshaft, but hand-built by Bentley in the UK) into something lighter, you will be able to break the land speed record on a Sunday morning milk run.   My drive was very short but it was extremely sweet. I didn’t dare exceed 160 kph but did fiddle around with the paddle shifts. Seriously, you don’t have to bother with all that, just slot the gear selector in D and mash the throttle for a sensation reserved only for the best of exotics. You get all the torque you need from a mere 1600 rpm onwards and you will never feel wanting for more power at any point of time. Never ever have I carried speeds in excess of 150 kph around a corner with such confidence – as speed increases the front end of the GT lowers itself to prevent lift and a deck-lid spoiler emerges to give more downforce. Not that the four-wheel drive powertrain will ever let the Pirelli P Zeros fight or leave contact with the tarmac that easily. The twin exhausts that emit a deep, hungry burble at idle, sound exhilarating in a very dignified manner at speeds. Sameer, who also drove the car, tells me that the brakes of the Mercedes-Benz SL 500 felt superior, but I can tell you that those 16-inch rotors up front are the largest ever employed in any production automobile.

Needless to say, this Bentley is one of the finest cars ever built and one that is extremely practical too. Bentley already has orders for 3,200 examples worldwide but you too can order one if you have close to Rs 2 crore to spare (Rs 1.67 lakh ex-showroom). That kind of money buys you a contemporary grand tourer that will help you cross the sub-continent extremely fast and with great poise. I don’t know whether I would ever have enough money to blow 2 crore on what will essentially be a second or third car – but if I had, then I would consider it money well spent.