Bentley Bentayga's First Owner to be The Queen Of England!

Bentley revealed its first ever SUV, the Bentayga in 2015 Frankfurt Motor Show. For such a special car, the British automaker have reserved a special client. The first top of the line SUV will receive a royal treatment as it has been reserved for Queen Elizabeth, the Queen of England. Michael Winkler, CEO, Bentley told the Telegraph, "We have reserved the number one car for her." Rumor has it that a few weeks back, the Bentayga prototype was driven by her majesty herself and that she will be using the SUV for leisure driving in her Scotland property. 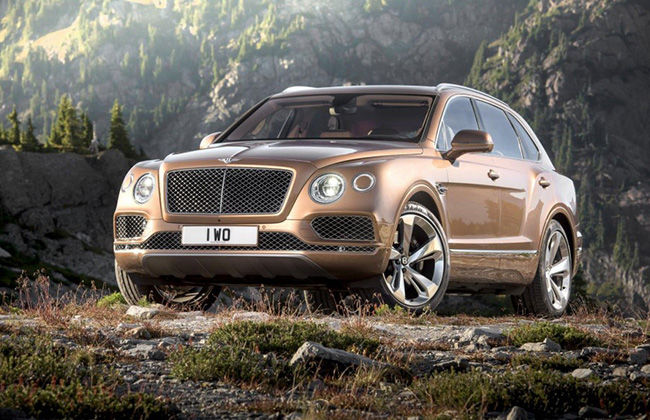 The “fastest, most powerful, most luxurious and most exclusive SUV in the world” features an all new 6 Litre W12 powerplant with an output of 608 PS and 900 Nm of torque which is delivered onto mother earth by a 8-speed transmission with an all-wheel drive system. As a result, the car is claimed to propel from a standstill to 100 km/h in just 4.1 seconds and go all the way upto 301Km/h, leaving behind the current heavyweight champion, Porsche Cayenne Turbo S which only manages a top-speed of 283.24Km/h. We doubt the Queen will ever exploit these figures but, if these figures are indeed true, Bentley would have well produced the claimed “fastest, most powerful” SUV of the world. 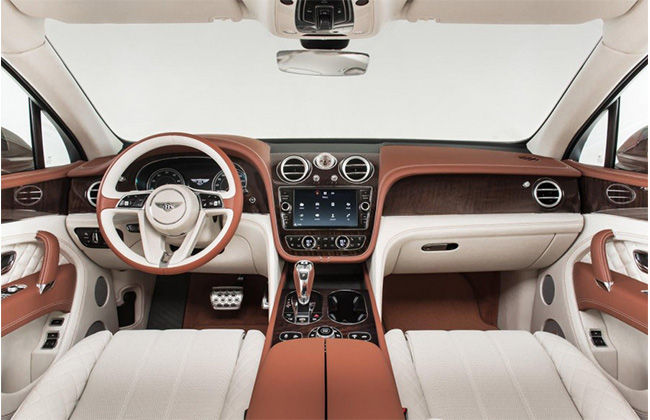 Inside, the Bentayga features a wood crafted, metal and leather interior which Bentley claims is the “finest automobile interior in the world”. The SUV features an 8-inch touchscreen system which has a 60 GB in-built storage and supports 30 languages. For rear passengers, there is a 10.2-inch Android tablet with 4G, WiFi and Bluetooth.The Bentayga also has 18-way adjustable rear seats and a choice of 15 color options for the leather trims, 22-way adjustable front seats with heating, ventilation and massage system. Also Read