Being punished for following the law: Vikram Kirloskar 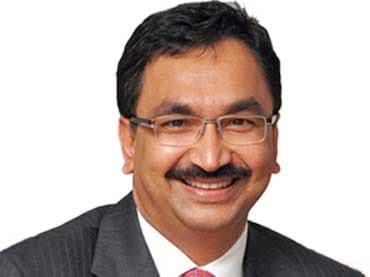 Car makers appear to be in a fix over freezing investment and product plans for the future as resentment grows over recent developments on vehicular emissions.

Recent decisions by the National Green Tribunal (NGT), which barred sales of vehicles having diesel engines above 2000 cc in Delhi and  National Capital Region, has impacted long term investment plans of automakers.


Kirloskar was talking on the sidelines of a CII organised event on manufacturing in this city. When asked if the decisions taken by the NGT is impacting the Make in India programme Kirloskar added, “I think so. The Heavy Industries Ministry has already said that there is no legal case for that."


The Bengaluru-based Toyota Kirloskar managed to garner bookings of over 35,000 units of the Innova Crysta, which was launched less than two months ago. The premium multi-utility vehicle (MUV) presently carries a waiting period of over two months.


However, the diesel-powered MUV could not be launched in Delhi-NCR due to the NGT ban. Similarly a host of other models of Toyota, Mahindra & Mahindra, Mercedes-Benz, Tata Motors, Hyundai and Chevrolet cannot be sold in that market.


“Right now we do not know who is making the decisions, is it the court or is it the government? Once you are in a situation like this everyone will say ‘stop’”, added Kirloskar.


Decisions on new investments in the entire automotive sector across the country has stopped for the last six months as it seems the auto industry is sceptical on the sustenance of the existing policies of the Government in light of the recent direction by Hon’ble Courts and Tribunals, the ministry of heavy industry said late last month.


Also last month the tribunal ordered the road transport offices (RTO) in Delhi to deregister all diesel vehicles which are over 10 years old. Over 2.2 lakh diesel passenger vehicles and nearly an equal number of commercial vehicles which are likely to be of Bharat Stage I or II emission standard, have been impacted by this, as per industry estimates.


“We have to remove and scrap old vehicles. But I think there has to be a method where the society accepts the decision in favour of the environment. Perhaps BS0 first then BS1 after a few months and go in a progressive manner," added Kirloskar.