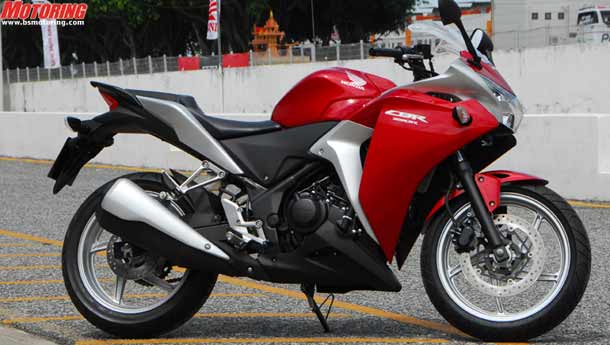 So all of you probably already know about the CBR250R that will hit Honda showrooms in the coming months. The specs are out for all to see, but this rant isn't about those things. It's about the motorcycle segment prevalent in the country and what's coming in the near future.

All this while, manufacturers and certain industry experts always maintained that a stylish and sporty 250cc would be not possible below Rs. 2 lakh. Liquid cooling? Ha! Add in another 50 grand. Disc brakes and an effective fairing? It could be yours, just make sure to conjure up another 50 thousand notes. But now we have a sub-1.5 lakh rupee CBR250R on the threshold of being launched, and it has all of that and more.

It just goes to say that we've been had all this while. Subjected to crappy sticker jobs and corny marketing, we've been forced into digesting whatever was shoved down our throats. But now, manufacturers have begun to realise that the Indian motorcyclists aren't going to take whatever tripe is dished out to them any longer. We've grown wiser, shrewder and we know what we want. We now know that we can have quality for lesser money than what was previously thought, we realise that an updated model doesn't end with a different colour or a suffix to the name.

It's time to pat ourselves on the back and congratulate ourselves. We've matured in our tastes and our wants and in our idea of the perfect motorcycle. We've got a long way to go but we can be happy in the fact that we have come a long way ourselves. Ride safe.