Beast on a time lease

The Ford Endeavour's fortunes in the market are emblematic of how the mighty fall. In 2003, the sports utility vehicle bearing the Blue Oval badge swept the market and was heartily welcomed as the most manly among off-road vehicles that one could buy for around Rs 20 lakh. In time, however, competition like Toyota's Fortuner started getting the better of this Ford SUV. The dwindling popularity of the Endeavour forced the American car maker to think of a second facelift for the SUV since its launch. Needless to say, a nip-and-tuck is hardly the answer for the burly machine's shortcomings. Realising this, Ford will be hoping to win back customers in 2015 when it comes out with a brand new Endeavour. For the time being, however, we have a revamped Endeavour as an appetizer building up to the main course. We take this mammoth machine for a spin and find out whether one should wait for the 2015 model or rush to the Ford showroom right away and drive out with the current version. 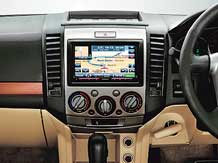 In all honesty, there aren't many differences in the exterior fittings of the Endeavour that set it apart from the previous avatar. But you will notice that Ford has still tried to make this hulk a little more contemporary by smoothening its rough edges. For starters, the front grille's size has been trimmed down, so that the SUV doesn't look overly ungainly and too imposing for pedestrians and hatchback owners. The American car maker has removed the thick chrome on which the name 'Endeavour' was engraved. The headlamps have also been redesigned to give it a more swept-back look, in the process making the car look a lot sleeker. Below the Blue Oval badge is the most distinct of Ford's new design theme - the new hexagon-shaped air draft grille. So, do all these cosmetic changes temper the Endeavour's rough and tough image? I wouldn't say they do.

Climb inside, and the SUV's cabin looks all too familiar. You plonk yourself on the new leather upholstery seat and you remember how low the Endeavour's seats have always felt. One can't complain much about headroom though, but due to the low seats one does feel cramped in the second row. All the seats in the three rows lack thigh support and the foldable seats in the last row can, at best, be used by children. Because of the car's huge proportions, the rear parking camera feature is a welcome addition as it makes parking a much easier task. The touchscreen display of the entertainment system, apart from showing the parking camera's images, also facilitates control of the navigation device. It is equipped with Bluetooth connectivity. Amid all this, what does stick out like a sore thumb is the absence of steering-mounted audio controls on the top-of-line trim, though twin safety airbags and ABS are standard features in all variants. The power plant options remain the same as in the earlier Endeavour: a 2.5-litre 141 bhp 4x2 engine and a 3-litre 154 bhp engine available in both 4x2 and 4x4 configurations. In the high-end 4x4 version that I drove, the engine makes the two-tonne vehicle feel fairly snappy. It manages to take the weight off the enormous bulk of the SUV when you are cruising. You will feel an initial lag, but that probably is because of the vehicle's 5-speed automatic gearbox, which is far from being a quick shifter. The engine too lacks refinement, but because the Endeavour is an old school SUV, you have to accept all these as being a part and parcel of its personality.

With its humongous proportions, the Endeavour is not a handler to rave about and neither is it supposed to be. But there is lack of feedback from the steering wheel and the car tends to feel leaden at slow speeds or when reversing. Due to its ladder frame chassis and spongy leaf-spring suspensions, the ride quality is quite bumpy, especially for rear passengers, even on macadam. But this set-up has its advantages because it soaks up most of the bumps during troublesome off-road drives. 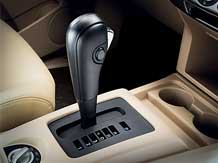 With the Ford Endeavour's price range starting at Rs 19 lakh, it comes across as a slightly expensive proposition in comparison to its biggest rival, the youthful Fortuner. There is no doubt you will not find a more tougher SUV than the Endeavour, neither will you be more at peace than when letting this beast venture out into the wild. But age is catching up fast, and the solution to this is the promised all-new Endeavour. The 3-litre engine is a gem and actually makes this SUV feel agile, though the refinement level is nothing to rave about. The build quality of the interiors is solid and yet you cannot get away from the feeling that there is something aged about them. Comfort in seating is not the best in its segment. In the ultimate analysis, I would advise patience till 2015. Then buy the next generation of the Ford.
Arup Das is Features Editor at AutoX
FORD ENDEAVOUR 3.0 LITRE 4X4
Engine: 2953cc
Power: 154 bhp @ 3200 rpm
Torque: 380 Nm @ 2500 rpm
Gearbox: 5 speed automatic
Fuel economy: 12.6 kmpl (ARAI)
Price: Rs 23.06 lakh
(Ex-showroom, Delhi)