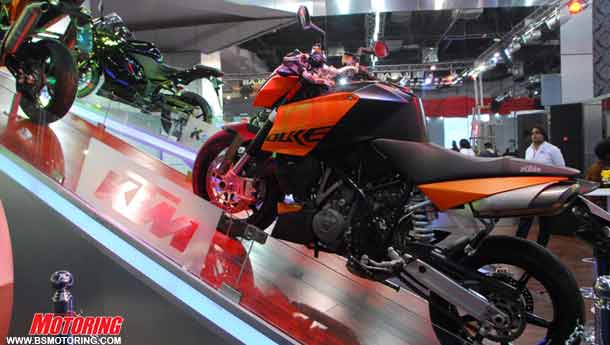 Bajaj Auto’s hopes of acquiring a majority stake in specialised bike manufacturer KTM Power Sport AG have been stymied after CROSS Industries, the Austrian firm’s promoter, publicly declared it would not dilute its 50.9 per cent stake.

Last week, KTM issued a press release stating that CROSS Industries would “continue to hold more than 50 per cent of the shares in KTM Power Sports AG”. The release came a few days after Bajaj Auto bought another 0.2 per cent in the Vienna-listed company.

The announcement came just ahead of an extraordinary general meeting (EGM) scheduled for February 26 to discuss the planned increase in KTM’s share capital through a rights issue. The company aims to raise Euro 30-40 million (Rs 187-250 crore) through the issue, which will be spent on product development and plants.

Bajaj Auto currently holds 31.92 per cent in KTM, having first acquired a 14.5 per cent stake in 2007, which it raised to 31.72 per cent seven months ago. All purchases have been through the open market and from rights issue and not from the promoters.

In July last year, Managing Director Rajiv Bajaj had talked of an understanding with KTM's promoters that the Indian company would scale up its stake to a possible 50 per cent over five years. Rajiv Bajaj is also a member of KTM's four-member supervisory board.

If Bajaj Auto wants to maintain its shareholding at current levels, it will have to participate in the rights issue, which will add 2.5 million shares to KTM's capital. At current prices, this would entail an investment of around Rs 85 crore.

S Ravikumar, Bajaj Auto’s vice-president, business development, said: “We have not decided yet on the rights issue.”

KTM is a crucial part of Bajaj Auto's overseas strategy because the European company brings with it intricate knowledge of key international markets like Europe and North America. KTM also has extensive research and development (R&D) support and dealership network globally.

The tie-up with KTM fits in with Bajaj's ambition of going for larger and sportier bikes, especially for the international markets.

Asked about Bajaj Auto’s plans to acquire a majority in KTM, Ravikumar denied any tensions with CROSS. “We are in discussions with the promoters. We would say that we are very comfortable with our position currently in KTM and that there are no conflict of interests between the two companies,” he said.

On the other hand, KTM in its release has said: “This planned measure (rights issue) will not result in any changes to the industrial leadership of CROSS Industries at the KTM Power Sports AG.”

Ravikumar did not comment on why KTM had issued the press release.

KTM is one of the leading manufacturers of motocycles that also makes 1000 cc plus superbikes and all-terrain bikes and vehicles .

One key reason the promoters do not want to dilute their holdings, say auto watchers, is that the company has revived, reporting a profit of Euro 3.6 million (Rs 22.52 crore) the first quarter of current financial year (the company follows a September-August financial year).

The two companies had also signed an agreement to jointly developmotorcycles for the Indian and overseas markets and are on course for launching their first product in the 125cc street bike segment called ‘Stunt’.

This will be followed another bike named ‘Race’ which will have the same engine but different styling. Both bikes will be first launched in Europe, then India.