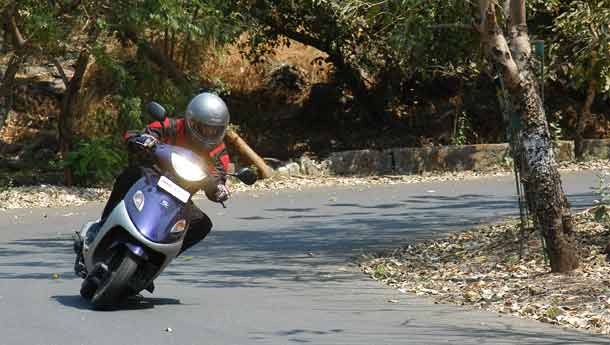 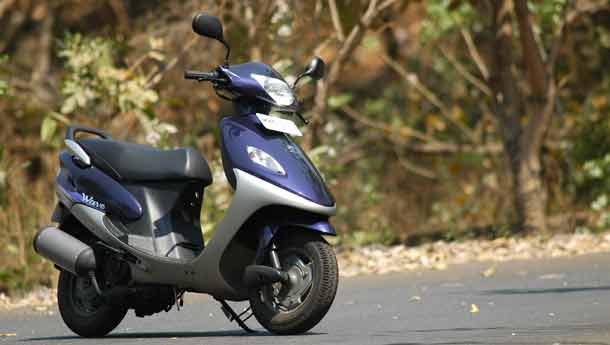 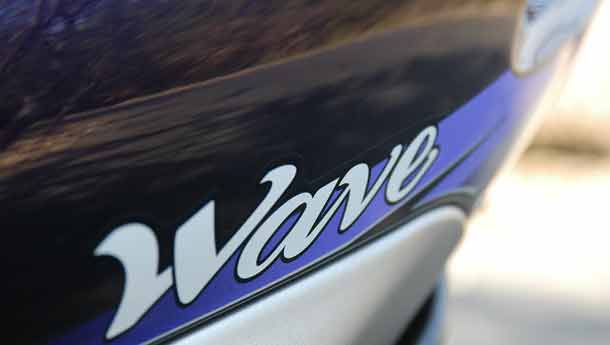 Okay, so you have read the Boxster story, seen what all you can do in Kumbhalgarh, found out what’s so Super about the Splendor, gotten an education on red Italian sportscars and now you’ve finally come to the point where you would put the mag aside to read ‘later.’ Ideally, I would have had an animated figure with an ‘all-new’ placard jump at you when you opened this page. Ideally. But since the line at the bottom reads 2005 and not 2050, I can’t do that. You see, my predicament is that it’s difficult to get people to read about bikes that are all new but look exactly like they did a few years go.

Ardent readers who collect past issues might remember that we carried exclusive pictures of the Wave almost a year ago. Surprisingly, the Wave looks exactly like it did then, and I am not really sure if that’s a good thing.

It does look presentable though, and I prefer it to the Activa, at least on this  front. But I also know of a couple of friends and one extremely pretty girl who still curse me for recommending that scooter to them, and I don’t think they would be too happy to see those lines again – DTS-i or not.

There are some new bits though and they include a speedo and a clear lens headlamp. Apart from that, there is the new taillamp cluster and a new grabrail. The Wave also gets a two tone treatment and a matte theme. So there’s a matte grey finish on the wheels and exhaust and matte aluminium on the grabrail.   On the face of it, it may look like there haven’t been too many changes but I have been told never to judge a book by its cover or (as in this case) never to judge a bike till you’ve ridden it. The Wave gets an entirely new engine that now displaces a hundred and ten of those all important cc’s. In terms of horsepower it now dishes out 8.1 bhp at a rather high 7000 revs (short stroke engine) while the 0.9 kgm of torque comes in at 5000 clicks. While it beats the Honda duo on both counts, the Nova 135 is still on pole. What it does have going for it is a bit of technology, by virtue of the DTS-i treatment. There is also the exhausTEC, but you can’t see it because it’s hidden in the silencer unit. No wonder that  end can looks as if it needs to go on a diet. Also, the roller rockers do their bit to keep friction to the minimum and there is also a cat con to keep emissions in check.

As you can see, there are a lot of motorcycle bits that the Wave has received, but one thing that hasn’t been carried over to the scoot, and thankfully so, is the DTS-i clatter. Refinement levels are as good as they can be while there were hardly any vibes at the handlebars.  Another motorcycle bit that has made it is the ride control switch. Only that this time around it’s not a switch and that resistance comes into play everytime you twist the throttle. Previously, Bajaj completely lost the plot with their automatic transmission so its back to the tried and trusted CVT then.

Progress on the Wave is rapid till about 70 kph, whereas the next 10 units happen in the matter of eventually. Five more takes eternity and while we did see it on the speedo, we achieved it on an extremely long, seemingly never-ending, stretch of road. And when I say rapid I don’t mean grin inducing. The response, though, is extremely linear and the CVT transmits all the drive to the rear wheel the moment you twist the wrist.

What we really liked about the Wave is how planted it felt even at those speeds.   Another thing that’s on the up, apart from power, is the ride quality. Somebody has been paying a lot of attention to how varios ride over bumps and has put it all to good use, because the Wave soaks up bumps like a sponge would dry off a puddle of water. It uses a leading link upfront on both sides of the front wheel and a trailing arm shock at the rear, and given that the Saffire would use telescopes upfront the new setup does come across as a bit of a surprise. This time however, both units have been brilliantly configured and its only when you have the throttle pinned right against the stop, on broken tarmac, that the far ends of the damper start getting intimate.

I didn’t push it through the corners a lot because these things are best kept as close to the vertical as possible. Okay, so I ground the centre stand a couple of times but that’s only because it makes for some good pictures. Might I also mention, for academic purposes of course, that it felt a bit too edgy for comfort the closer it got to the tarmac. I guess I should cut short my adventure tales a bit, since most surfers (what would you call someone who rides the Wave?) won’t relate to them anyway, but you see, I report to someone who thinks H stands for Handling and so I have to say these things. Besides, I am a bit of a handling bug myself. In terms of real world performance, we expect the Wave to hit 60 kph in about 11 seconds and take you 45 kilometres for every litre of fuel. My only beefs are that fit levels aren’t up to scratch and those handle bar grips seem to have been made from recycled plastic.

For your money (around thirty five thousand of it) you get a two year  30,000 km warranty and an all new scooter that doesn’t look so new. It’s an option to the Hondas and the Kinetics but what remains to be seen is if it betters them. Also, since it doesn’t look new, I bet the ads are going to be all about the DTS-i bits.

The Wave is a decent enough scooter but what I would really like is if Bajaj could do a quick revamp on the aesthetics front and make it look so good that it becomes an irresistible buy. Then we’d really be talking.