Bajaj ties up with Kawasaki for Indonesia sales 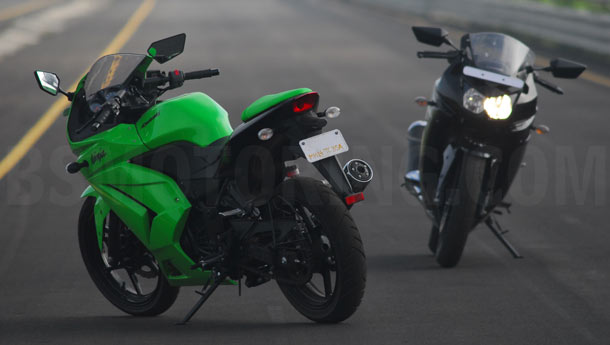 Pune based Bajaj Auto which earns about one third of its revenue from exports is looking for better penetration in ASEAN markets through a marketing tie up with Japan’s Kawasaki in Indonesia.

The company already operates in Indonesia through its subsidiary PT Bajaj Indonesia and has got a 20% market share in the country. This company assembles and markets its Pulsar brand of bikes in the country. It got incorporated in 2007 and has made a total investment of Rs 138 crore. In the last financial year it made a loss of Rs 12 crore.

Bajaj Auto is trying to replicate the successful marketing tie up model that it has with Kawasaki in Philippines where they have together garnered 45% market share. Both the companies’ boards have approved the tie up for Indonesian markets and they will consider other opportunities in ASEAN region along with Brazil in future. Bajaj and Kawasaki also has a technology tie up which started almost three decades back.

“The bikes will be sold under Kawasaki Bajaj brand name starting mid 2013,” said a company spokesperson.

Bajaj Auto also has a 47% stake in Austrian sports bike maker KTM. Early this year it launched power bike KTM Duke 200 in India to strengthen its position in the sports bike segment The company plans to launch at least one new KTM bike every year in the country.

“While the KTM tie up helps the company to strengthen its position in India, the tie up with Kawasaki is more for increasing company’s penetration in exports markets,” said Umesh Karne, analyst with Brics Securities, a Mumbai based brokerage.

It exports to 35 countries and enjoys a leadership position in 12 of them. Africa is its largest market, accounting for 41% of the total volumes. This is followed by Asia and West Asia and Latin America.

While company’s Boxer brand of bike is popular in Africa and Philippines, the Pulsar 135 rules the roost in Latin America. The company has now increased its focus on emerging economies such as Indonesia as the demand for such bikes remain robust.