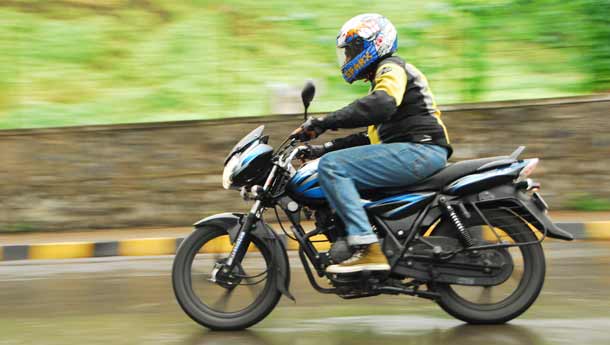 Bajaj Auto’s ambition to zoom ahead of market leader Hero Honda in the entry-level motorcycle segment (75-125 cc) has taken a hard knock. In fact, Hero Honda has increased its lead further in the first quarter (April-June) of this financial year.

The second biggest two-wheeler maker was banking heavily on its largest-selling Discover 100 model, pitted directly against Hero Honda’s Splendour and Passion. But the Discover 100 has been sliding, selling less than 60,000 units per month over the past three months, substantially lower than the peaks of 114,000 units achieved in June last year and an average of around 85,000 per month subsequently.

Sales of Hero Honda grew 23.6 per cent in the segment at 1.31 million units (as against 1.06 million) during the same quarter, according to the Society of Indian Automobile Manufacturers.

CRUCIAL SEGMENT
This segment of motorcycles forms the largest part in the domestic two-wheeler market, with a share of 56 per cent.

Buyers of this segment place fuel efficiency at the top of the preferred features list. Hero Honda is the leader in this segment, with a share of 73 per cent, led by brands such as Splendor and Passion.

A detailed email sent to Bajaj Auto on reasons for the poor performance of the Discover did not elicit any response.

A Delhi-based dealer of Bajaj Auto stated, “Yes, of late, there has been a drop in demand for the Discover 100, though the segment hasn’t shown any such drop. That’s why Hero Honda models have posted growth. Sales of the Discover 100 have slowed substantially over last year”.

EARLIER HOPE
Bajaj had launched the Discover 100 in mid-2009 to make a fresh attempt at denting Hero Honda’s dominance in this segment, which at one time stood at 80 per cent share.

The company promoted the Discover brand, which itself had made a comeback, at the entry-level segment and Pulsar in the premium segment.

The company added the Discover 125 to the line this April. It managed to clock 100,000 units in the first quarter, according to Bajaj.

Vineet Hetamasaria, analyst, PINC Research, said, “Hero Honda has always dominated the segment with the Splendor, which is known for its better fuel efficiency.

The brand is strong enough to pull customers at its end. In addition, the Discover 125 seems to have cannibalised the sales of Discover 100 but overall sales are still down.”

Bajaj's total sales growth in the first quarter was, thus, lesser than the industry. It posted volumes of 623,175 units, an increase of 10 per cent.

The industry rose nearly 17 per cent and Hero Honda grew 24 per cent, to 1.49 million units. Growth for Bajaj primarily came from the bigger and sportier Pulsar range.