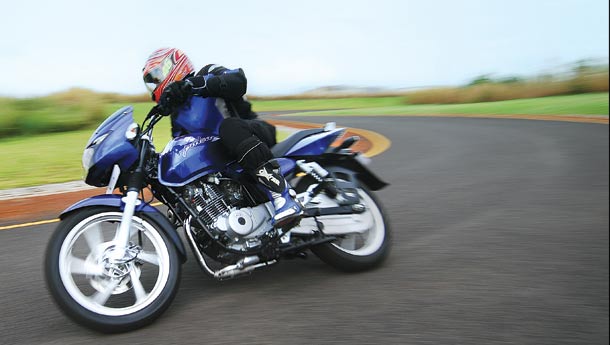 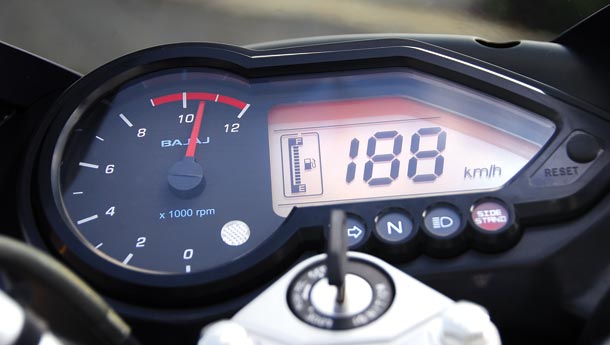 Heck, I wouldn’t drive this car on a little molehill, let alone on the sharp ups-and-downs of downtown San Francisco. I am behind the wheel of a 1971 Dodge Charger, driving it on the streets of Pune, and this car’s nose is so long that if I honk, I would hear it in Mumbai. Besides that, the denizens of Pune, especially the ones on two wheels, have this uncontrollable desire to throw themselves under the wheels of an American classic. Their steadfast devotion towards American muscle cars is really touching, I must say. I am at ease with left-hand drive, and not having to shift gears is a bonus. Still, I have to come to grips with the fact that there is about a metre-long piece of car at both ends well beyond both sets of wheels. And of course, the fact that the brakes are effective, in a 1970s sort of way. Well, Pune sure ain’t no Frisco and this ain’t no ‘68 bad-boy Charger, but what the hell.

What’s this I’m mumbling about Frisco and ‘68? Well young man, looks like you haven’t watched Bullitt. This movie has one of the greatest car chase sequences of all time – for a full nine minutes, (Über-cool Steve McQueen in a Ford Mustang is out to get the bad guys in a second-generation Dodge Charger around the undulating roads of San Francisco. No special effects, no soundtrack, just the hardcore exhaust notes of two of the greatest muscle cars on Earth. And listen, it’s better seen on a large screen or on a home-theatre system, so forget watching it on that silly video iPod of yours.

And if you noticed, good guys drive Mustangs, but for the bad guys, it can only be the Charger. I have no idea why good ol’ country folks shut their daughters up at home when a Charger burbled by – I mean, there were other muscle cars around which were equally potent... why not the mean-sounding Barracuda, for instance? Or the nasty Goat? To me, the reason could be the way the Charger looked. It was as vast as a Confederate blockade runner, extremely aggressive to look at and had a mouth that looked like it could swallow a Ford Edsel Bermuda station wagon in one gulp. But more importantly, the Charger was lucky enough to get an all-new motor right from the time it was launched in 1966 – the much-vaunted 7000cc 425 bhp Hemi V8, a whopper of an engine that assured rear rubber burnouts every time you exited a traffic signal in a hurry. Between the bad-boy looks and the wild-child engine, the manic reputation of the Charger was sealed. But I am talking about the second-generation machine. Confused?   I guess I might as well finish the history bit now – the first generation Charger (1966-67), when it was first unveiled as a Mustang challenger, was more of an American interpretation of a large European coupe – it even had fastback styling, fer cryin’ out loud. However Dodge gave it the kind of engines such cars deserved, including that Hemi, which made it pretty quick in a straight line – but it was still a good boy. But it was the second generation version (1968-70), which had that sensational curvy ‘Coke bottle’ body and mean looks that did justice to the range of hi-po V8s (a choice of seven power ratings!). The party piece of this Charger was of course an ‘electric shaver’ grille that, at a press of a button, swallowed the headlamps, giving it Satan’s own grin. Other than the Hemi, this Charger is best known for its R/T version (Rapid Transit, while some call it Road/Track) that boasted a 375 bhp 7200cc V8, better known as the Magnum 440. And it is the ‘68-’70 Chargers that became world famous in, er, America. Hey kid, seen Vanishing Point?
Or Dukes of Hazzard, the TV series? No? Just as I thought – it was well before Jessica Simpson was born.
But like all good things like movies and TV serials, it had to come to an end. Not just for the Charger, but for the entire muscle car chain gang – high insurance costs, legislation on emissions, safety regulations and the 1973 oil crisis all effectively helped end that glorious era. But all that was in the future, yet the third generation Charger (1971-74) that you see here somehow reflected it. The engines were detuned, and it received that Pontiac-like split grille (disappearing headlamps were an option), was shorter by three inches and the overall looks were considerably softened.

As if it shows. Because of the rivers of chrome running down either end, this Charger may not look all that mean, but it cuts a dashing figure nonetheless. Except for the chrome bits, its no-frills looks actually serve to highlight the curvy lines of the Charger. And look at that window styling – it won’t be out of place in a car designed by Count Albrecht Goertz. And if anyone told me it has lost two inches off the wheelbase, I would say take some more and it wouldn’t make a whit of a difference – it’s that big (you should have been there when I was taking a U-turn on decently sized road...). Inside, there are two sofa sets that wouldn’t be out of place in a has-been ‘70s Bollywood star’s mansion. The entire instrument panel is horizontal and has a charm of its own. The dash and upholstery look as if plastic had just been invented and people couldn’t have enough of it. And finally-finally-finally, I found what I have been looking for in cars for so long – proper fake wood made of plastic as opposed to wood that looks like plastic (luxury cars) or plastic that looks like wood (wannabe luxury cars).   Now if you’ve gathered what driving the Charger is all about, obviously expectations would run high. But I was suitably tempered down, as I knew that it wasn’t the classic, hot Charger of every American kid’s dreams. Still it wasn’t all that bad. Though there were the hot Magnum and Hemi engine options, this one’s powered by a middle-of-the-range V8, a 6277cc motor that develops 275 bhp at 4400 revs. It is a surprisingly well-behaved, smooth and virtually noiseless motor that gives adequate go to this over 1.5-tonne, overhung monster – this despite being paired to a three-speed automatic gearbox with a gear lever mounted on the steering column. Ah, the relaxed, chilled-out performance of excessive cubic inches – there are so many to go around and that too spread across enough cylinders to give old Soichiro apoplexy. Yet, when you demand more juice by flooring the pedal, the V8 responds as quickly as Dubya did in his search for WMDs. But getting the rear tyres to spin will take a bit of effort, to be honest.

The Charger, because of its bad-ass engine lineup, received quite a few elements to make sure it stayed on the road. It needed wide tyres and really thick anti-roll bars at the front. The independent front suspension and heavy duty leafspring setup at the rear give it a ride quality that most modern cars today will simply sacrifice a damper or two to possess. However, what I didn’t tell you earlier about manoeuvring through the devotees of American muscle in Pune was that marvel of a super-over-servoed power steering – no feedback, no connection to engine speeds, no feel. It was just that, power-assisted steering. So whether you were slowly taking a U-turn or pushing that V8 on an open stretch, the feedback remained the same. It’s all right when you are on the ramrod-straight Interstate to Wyoming, but a bit of a handful while slaloming between human beings to get to Wadkewadi. Well, as I said before, this town ain’t no Frisco, and this car ain’t no 68 Goat-eating Hemi.

We are grateful to Pune-based Ramesh Thakkar for allowing us to drive this Dodge Charger from his collection.