The recently launched Pulsar AS 200 has the same price like the Pulsar 200NS, which was launched in 2012. The AS 200 has a few upgrades in the mechanicals and then there is the projector headlamp that isn't there on the Pulsar 200NS. The rumours of Bajaj discontinuing the Pulsar 200NS are incorrect and the Chakan-based two-wheeler manufacturer has plans to increase the price of the AS 200 in the coming few months. The hike will be of about INR 3-4 thousand as confirmed by one of our sources. At the same time, the Pulsar 200NS will get the fine refinements that have been implemented on the AS 200. The Pulsar 200NS price will remain untouched. After the 200cc segment, Bajaj will be focusing on the 400cc segment and one of the 400cc Pulsars will be launched till March 2016. Then in future, we can expect the 400cc Avenger to also be launched. But that might not be before late 2016. 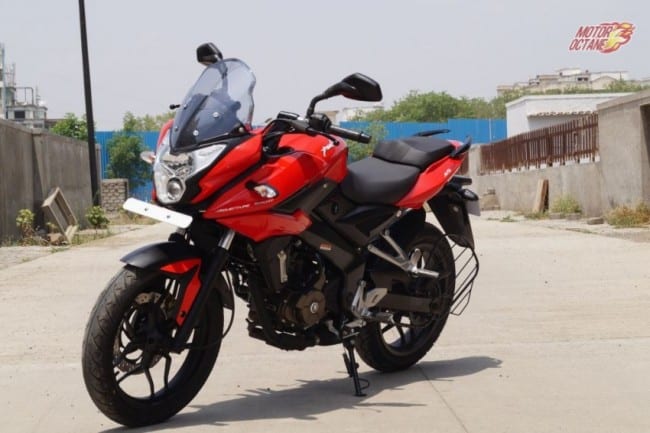 At the moment, there is a waiting for most of the newly launched bikes as the Platina ES and the CT 100 has triggered the demand for Bajaj and the company at the moment is busy trying to fulfil this demand of increase in the number of vehicles. Bajaj is still to launch one more bike next month, which is the Pulsar 150 NS. This will have the same engine like the AS 150. Bajaj has been very aggressive with its launches lately to get back its lost out market share. The Platina and the CT 100 will help them to get higher volumes.