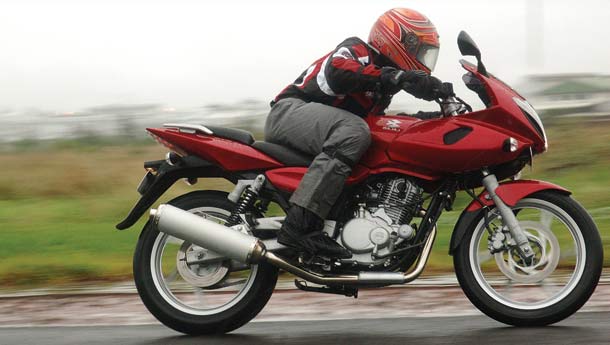 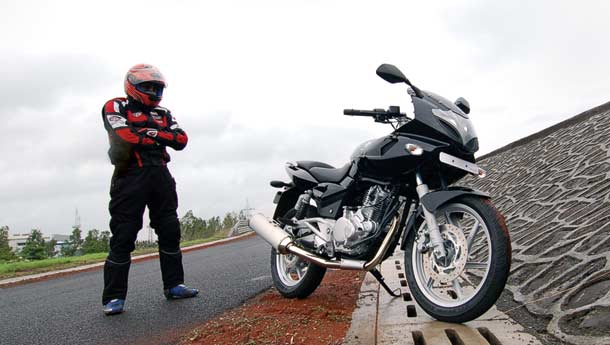 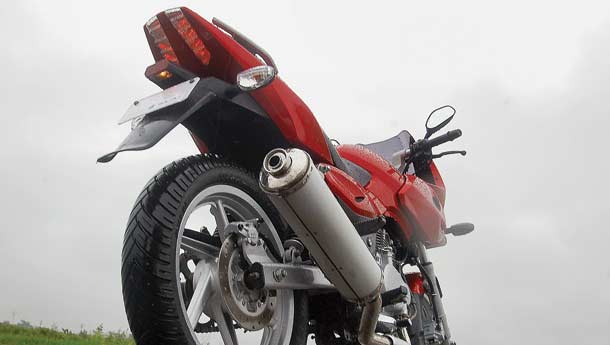 It’s not everyday you see a motorcycle widely considered the best in the country on a number of counts put down off hand. ‘Pulsar 180? What Pulsar 180?’ I’d just asked the question to a Bajaj R&D staffer about how the new Bajaj Pulsar DTS-Fi compared to the fastest of the Pulsars so far. To see a motorcycle we’ve all come to like for its spirited, even raw nature so casually dismissed meant that the K3, Bajaj’s internal designation for the newest Pulsar, was spectacular. Or at least that’s what the development team believed.

A short presentation from Bajaj’s R&D head, Abraham Joseph, did nothing to dispel that notion. He referred to the motorcycle as a road scalpel. And described it in five words, and I quote: power, control, precision, balance and freedom. Strong words, those. From the philosophical plane, we er... descended to a more tangible arena, where the man gave us a four page bullet point list of India-first features the bike sported. That part was impressive. I’ll give you a quick rundown of the never-befores, but first, the heart of the motorcycle, fuel injection. Obviously, Hero Honda got to the launch point first with the Glamour FI. But the DTS-Fi integrates Bajaj’s twin spark ignition system with a made to measure fuel injection system, a more complex system. Once we got saddle time, we’d be able to confirm the benefits of that, right? In short, like any fuel injection system, the DTS-Fi has sensors for everything all over the motorcycle, and uses the data to determine accurate fuelling and spark timing. The software was developed in collaboration with Delphi and gives the ECU the ability to fire both the spark plugs individually during a combustion stroke for greater control over the burn. In the process, the 220cc (yes, that is the final capacity of the current Pulsar platform) motor makes 1.95 kgm of torque and 20 bhp. Which makes it, in numeric terms, the most powerful bike in the country save for the Enfield 500. In performance terms, this machine should have no equal at the moment. Bajaj claim a 135 kph top speed, easy cruising at three digit speeds and when you ride sanely, 50 kpl.

To keep a motor this potent under control, Bajaj brought in a whole stack of details. The most obvious is the oil cooler which doesn’t actually cool the engine, but keeps oil temperature (and hence viscosity) constant. Then there is a new, very progressive, light clutch, new gearbox linkages for positive shifting and a bunch of other motor refinements. As we would find out later in the day, the DTS-Fi is not only the most powerful Bajaj yet, it is also one of the most refined, with a quiet motor, crisp throttle response and positive, slick shifts.   The 220cc motor actually grew from the 180cc motor in two 20cc steps, but in the final form, Bajaj say that the two engines share nothing. The powerful engine required an all-new chassis, and the new double cradle chassis is a pretty beefy unit which spans a 1350mm wheelbase, 20 mm more than the current Pulsars. While the rear end sports Bajaj’s gas-charged shocks with new spring rates for the 150 kg machine, the front forks are beefy 37 mm telescopic forks, India’s thickest. The bike is fast enough to require two discs, and at launch, the DTS-Fi will be the first Indian motorcycle to sport two disc brakes, a 260 mm two calliper front and 230 mm single piston rear unit. Again, the brakes are exceptional in response and power and while all of our track time would be in the wet, neither colleague Shreenand nor I ever doubted the feedback from them. We both braked early at the Chakan track, but that was more out of respect for the (only) three prototypes we were riding, rather than any lack of confidence. You will also notice the long, elliptical section swingarm, which is one of the reasons the motorcycle felt so trustworthy to ride.

A big step forward is the tubeless tyres that the DTS-Fi sports. Apart from being lighter, tubeless tyres usually deflate slower after a puncture, giving the rider time to slow down in a controlled fashion. A 135 kph bike is certainly fast enough to deserve the technology, and Bajaj has added them to the mix. Our protos wore 90/90-17 and 120/80-17 MRF Zapper tubeless tyres front and rear and felt all the better for it. More to the point, serious riders will easily get the same size of tubeless tyres but with stickier compounds from the likes of Pirelli in India with ease, which would make the road scalpel even sharper.

The styling is more or less the same as the motorcycle you gawked at the Auto Expo, and it certainly is a striking motorcycle. Bajaj has paid a lot of attention to the interface elements of the motorcycle, and this does make the motorcycle feel expensive and special. For instance, there is the comprehensive LCD speedometer with an integrated fuel gauge and diagnostic lights. The tachometer is analogue, easy to read and even does the cool auto-check sweep like many big bikes abroad. All the tell tale lights are day/night LEDs, which means visible indications without bulbs to fuse. Bajaj have incorporated an ‘overrev’ light that lights up when you are close to the redline and flashes if you are low on fuel. Beside the cool orange-lit dash are non-contact switches, charmingly backlit and with India’s first set of self-cancelling indicators. Then there is the 55W (each) high beam and below that, the projector low beam... Obviously, I’m running out of space, and there’s still loads of features to talk about. So as Joseph said at the end of the presentation, ‘I could go on and on, but let’s go and ride it, okay?’   Bajaj’s Chakan track is a 3 km loopy loop that is fun to ride, and will quickly tell you how good or bad a motorcycle is in dynamic terms. But in the wet, it’s a different game altogether. We chose to have an enjoyable, exploratory ride more than a push the limit experience and between Shreenand and I, we logged about 35 km in the rain on board the DTS-Fi. And we were both smiling widely at the end.

The DTS-Fi system, in a word, works. The motorcycle has a very light throttle and is as crisp as a freshly fried potato chip. There is no lag and it took both of us a bit of time to get used to how immediate the free-revving, powerful engine is. The power builds smoothly right off the bottom and in a very un-Pulsar (180) fashion, the motorcycle brings up ludicrous numbers on the speedo. In the wet, with gentle application, both of us saw 125 kph at the end of a kilometre straight (the speedo is accurate to within 2 kph). Impressive. The handling is great too. The unsprung components feel almost weightless and while you get loads of feedback, you get a sensation not unlike floating. The new Pulsar feels effortless, confident and in the dry, without a doubt, only another new Pulsar will be able to keep up. As we’ve said, the brakes were impressive as well.

We were sad that the ride ended and Bajaj didn’t elevate our mood by saying that the commercial launch was scheduled for later in the year. We’re expecting a festive season (Diwali-ish) launch for the Bajaj Pulsar DTS-Fi. Bajaj, once again, kept mum on prices but our sources outside the company say a Rs 92,000 on-road price tag is close to the final figure. Bajaj did confirm, however, that the price tag will definitely be a five-digit number. Ladies and gentlemen, prepare to say hello to India’s first genuine performance motorcycle in a long time.