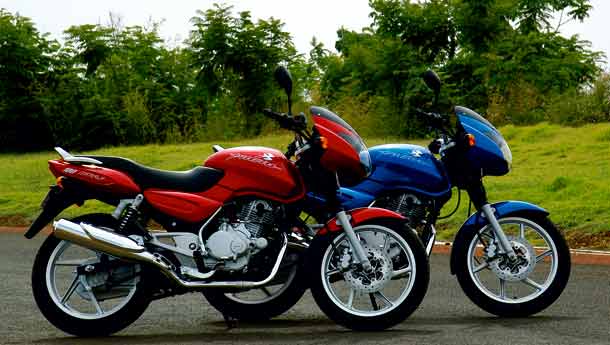 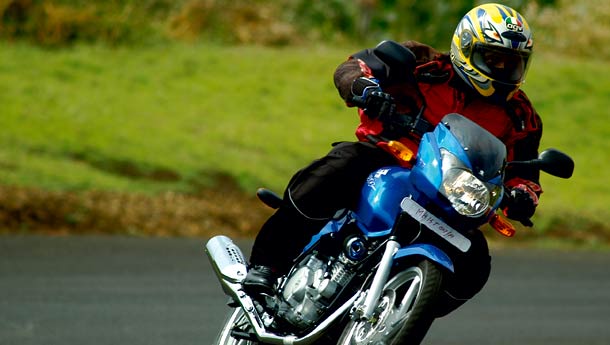 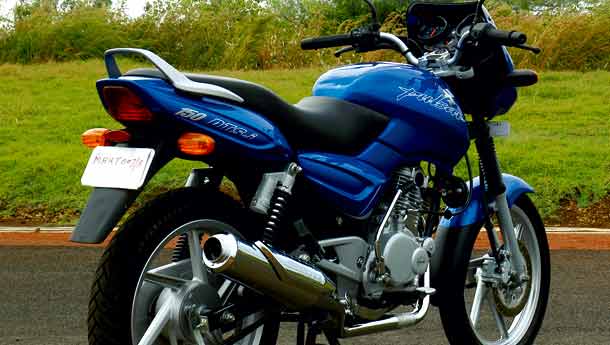 Reality check. Decals constitute as much as 80 per cent of what most manufacturers in India call a full model update. Some of the more enterprising will even go so far as to call it an all-new machine, thanks to the stretchy, colourful vinyl. It is then a surprise when you hear, ‘thanks for coming, but let me warn you, this is just a tweak. A fine tune, if you will.’ But then, the Pulsar never had any decals to boast of anyway.

To Bajaj’s credit, they’ve been updating the Pulsar regularly despite and inspite of the competition’s lethargy. To keep that in perspective, at Motoring, more power is always welcome.

And the new Pulsars have that. The power boost, all 0.5 bhp of it (now 16.5 bhp at 8000 rpm in the 180 and 13.5 bhp at 8500 rpm in the 150), isn’t the big gain, though. The huge leap forward is in terms of torque, and there is loads of it right off the bottom. The exhausTEC chamber, first seen in the recently launched Discover, has been added to the Pulsars as well, you see. Essentially, it serves to produce a second negative wave that boosts the scavenging properties of the motor, and as a result, cylinder charging is very, very good. Together with the benefits of the twin plugs of the DTSi system, the results are obvious – you now get 1.55 kgm on the 180 and 1.25 kgm on the 150.

To get even more out of the engine, Bajaj saw fit to design new intake routing, alter cam timing and lighten the crankshaft a little bit. The motor, as you can see, has seen some serious work. So now when you whack the throttle open at 4000 rpm in a high gear you take off like a Diwali rocket.   But the seamless flow of rich torque isn’t the full story, either. The chassis guys were in the party as well. You won’t notice the longer travel, teflon-bushed, twin-rate sprung front forks, for instance. You will spot the trick looking piggybacks on the new gas rear shocks, though. In addition to increasing travel at either end, Bajaj has been concentrating on eliminating the lag time between hitting a bump and shock compression.
Yes, you’ve spotted the wheels too. Both Pulsars now look identical, and the 180 and the 150 will wear the same 2.75x17 front MRF Zapper-F and the 100/90-17 MRF Zapper-C behind. Peel the sticker off the tailpiece, and you can even make a ‘sleeper’ out of the 180. The rear tyre sports an aggressive new pattern that we thought should’ve been on the front as well. The tyres are mounted on new six-spoke alloy wheels, which will now be standard on both Pulsars. Among the benefits are the elimination of tiny irregularities on the steel rims (better wheel balance and ride quality), and lower gyroscopic inertia – turning the bike is easier now.

Together, the feel from the machine is incredible. Riding on the rocky surface that runs along the tarmac at the Chakan track, the Pulsar is poised and almost unruffled even as the suspension jiggles like a belly dancer to damp out the shocks. At the same time, on the track, the suspension feels firm and compliant and aids the Pulsar’s handling.

Which has changed too. The swingarm (and the wheelbase) is now another 10 mm longer. I didn’t like the idea of an even longer wheelbase, but it does work for the bike. Stability levels are mind-blowing and what it loses in turn-in speed, it makes up with the lower gyroscopic forces you have to fight.   The net effect of the new wheelbase is pretty obvious. For the first time, in almost 55,000 km that Motoring has spent on Pulsars in the past few years, I dug the peg feelers into tarmac with significant violence, but without intention. The Pulsar feels so friendly – courtesy chassis upgrades, and a new lower seat height – that this kind of thing quickly becomes routine. The sole adjustment you have to make on the new bike is getting used to the fact that you run deeper, faster into corners, lean over more, and more often than not, grind down the pegs with a bemused ‘already?’ expression.

On the road, this translates to quick and efficient cornering, and you’ll probably never approach a situation where you’ll bang right off the cornering clearance limit. However, the difference is that now, almost anyone can reach out and touch it.

While Bajaj upped the power on the bikes and brought down wheel sizes, they haven’t touched the gearing. As a result, the new Pulsars feel impressively urgent. Power begins to flow in useable amounts right from 2500 rpm, and with the new, lighter crankshaft, you’ll be banging off the rev-limiter very, very quickly. As I found out after a few laps, the trick to the new bike is to hold the revs between 6000 and 7500 rpm, where it is quite happy to torque its way out of corners, without undue noise from the engine and minimal strain.

On the looks front, the only significant change is that the machine is slung a touch lower and the fairing mounts have been moved down a notch. The lower stance helps the cornering ability, but to the everyday rider, it means that the feet now rest flat at traffic lights, with knees slightly bent. I wish there had been more visual differentiators from the old bike, but Bajaj says the lack of visual upgrades has to do with the idea of this being a model tweak and not a major upgrade.

But I don’t know who they’re fooling. If it were anyone else, they’d have called it all-new, given it a new name, and gone about finding a new brand ambassador. Opportunity wasted, I say. I mean, heck, they could’ve at least raised the price!