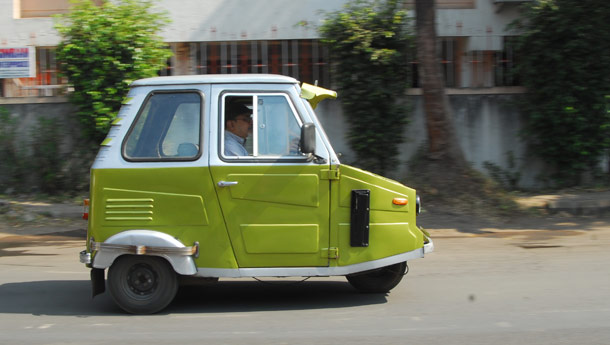 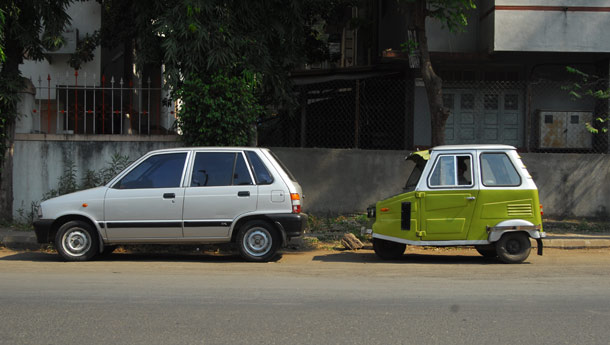 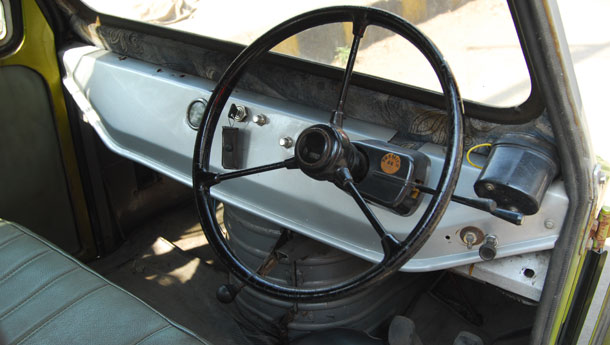 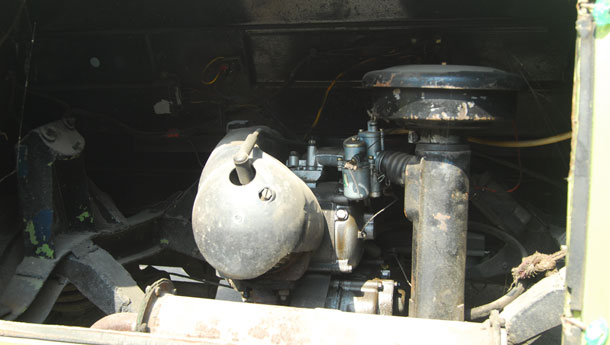 It’s not like a normal car,’ he said, ‘before you head out onto the road, you better get acquainted with all the controls,’ but being who I am, I headed out anyway. How different could it possibly be? After all, I still had a steering wheel in my hand and three pedals on the floor. Boy was I wrong! For starters, the steering wheel was like nothing I’d ever used before. Quick ratio doesn’t even begin to describe it, the car changes direction like a fly. For example, I had gone the wrong way and had to take a U-turn, so I flicked the wheel to the right and before I knew it, I was already facing the other direction and nearly tipped the car over in the process. The pedals were fine, but the shifter was a sequential unit, so naturally, I shifted from 1st straight to 4th and wondered why it stalled out on me. To add to that, I was in Pune, so you can bet traffic was chock-a-block, and every pair of eyes on the road was glued to the car, making this ordeal that much more embarrassing.

Before you start hurling expletives at me, let me tell you that I wasn’t behind the wheel of an uber-exotic super car, but a bizarre machine the likes of which you've never seen before. And the ‘he’ in question was the owner of the car looking on as I made a fool of myself.

It’s called the Bajaj Personal Transport Vehicle, or PTV for short, and it was Bajaj’s first attempt at taking the car market by storm. Now, I generally don’t like getting up early in the morning, and couple that with a long drive to Pune and you can bet I wasn’t exactly chipper. All that went away the moment I laid eyes on this quirky machine, though. Just look at it, the size, the proportions and the, er, how do I say, aesthetics will certainly bring a smile to your face, if not outright laughter.

You see, back in the mid ’80s, there was a quota on the number of rickshaws that could go into production, so instead of keeping the factory idle, a small group of Bajaj engineers were put to the task of working with an auto rickshaw chassis and making a small car out of it. Apparently four different designs were pitched to Bajaj and this one got the green light. An initial batch of 25 prototypes were made and sold to senior officials and distributors at a price of ` 25,000 (that’s right, people paid Bajaj to test their prototypes in the real world). To put that into perspective, a scooter would have cost you ` 9,000, a rickshaw about ` 18,000 and a small car would have run you about ` 60,000 all said and done back then. So it was a vehicle that could be registered in your name, put a roof over your head and gave you and your family decent amounts of safety and weather protection. It seems a couple of these were even crash-tested, but I wouldn’t go about playing bumper cars in this just yet.

Why was it made?

‘Because they could’ isn’t really the answer you are looking for, I’m sure. So I went digging into history to work out why we needed such a contraption. At that time, there weren’t nearly as many cars available for purchase, nor were loans available. So what did the majority of Indians do, then? They put their names in a list to buy a scooter and waited. They waited for up to three years to get possession. If they wanted a car, they either had to pony up five times the money to get on the list or put up twice that amount to get their car sooner rather than later. The PTV was basically meant to straddle that gap. Priced much lower than traditional cars, the PTV was a solution the market certainly could have done with.

How was it made?

It wasn’t a homemade car, but it could well have been. There are some 10 known prototypes in existence and of these, no two cars are the same. But again, that’s the whole point of a prototype, to keep improving each successive design. The car I had a go in was No 8, and if they had to make eight of these to get it this far, I shudder to think what the earlier versions were like.

There’s no doubt at all that the auto rickshaw parts bin had been raided to put this together. A basic rickshaw frame underpins it, but instead of a 2,000 mm wheelbase, it’s been shortened to 1,400 mm and instead of a handlebar, there’s a proper rack-and-pinion steering unit in place.

It’s another thing that it’s a 1:1 ratio box, where even the slightest twitch of your hand will send you into the next lane! Design-wise, they pretty much had only rulers to work with, so there’s nothing that resembles a curve anywhere. Some say that its less-than-pleasing looks are one of the reasons it didn’t go into series production, but I reckon there could be more to it than that.

That’s great, but how is it to drive?

A real riot! That’s what. It doesn’t make too much power, but with what it has, it can do a whole lot. A 145cc auto rickshaw engine plonked at the back makes just about enough power, but with an all-metal body, you can’t really expect performance to be too sprightly. Still, the gearing helps the little PTV keep up with normal city traffic.

But beyond 40 kph, it starts to lose steam, so I wouldn’t suggest you take it out onto the highway. As mentioned earlier, the steering is a very quick ratio unit that threatens to send you in the opposite direction if you turn it too much. That’s where all the fun comes from though, fun and a slight fear of tipping over. Think about it, we pulled a U-turn in a narrow two-lane street without going out of our lane markings. How’s that for manoeuvrability, eh? Since it’s based on a rickshaw, the PTV has a sequential shifter instead of a traditional H-pattern one, as I discovered after multiple stalls. That, and the placement of the shifter near the steering wheel allows you to play out your rally driver fantasies. (Yeah, right – Srini).

Also, I’ve determined through careful, non-scientific research and unverified facts that this is the vehicle you need if you want every eye on to road to be pointed straight at you. And it’s a good thing, that, because if someone in an SUV doesn’t notice you, you could well become a speed breaker for them.

It could well have revolutionised the car market had it actually gone on sale, but sadly, this story doesn’t have a happy ending. The project was canned after these prototypes were built, and no one knows for sure why exactly. Over time, the people behind this project either left the company or were put in a different department and the project was pretty much forgotten. But just imagine if it had gone into production. Hundreds of thousands of these little machines would have been buzzing about everywhere! This could well have replaced the Maruti 800 in all those sweet memories I have of my childhood and, of course, changed the course of our automotive industry. Brrr.

Bajaj wasn't the only company to think of a people's car. Here's a couple more companies that tried their hand at it:

Here's another piece of automotive history that could be roaming our streets had it not been for government inaction. Hindustan Motors was in talks with BMW to bring this quirky small car to our country. There were even plans to make a rickshaw out of the Isetta chassis, with the drawings made by the designer of the legendary BMW 507, but none of that saw the light of day as Hindustan Motors couldn't get the required permissions to bring it in.

With the need for a people's car, J.R.D. Tata was in talks with Ferry Porsche to bring the original people’s car, the Beetle, to India. There was a team set up to check the feasibility of such a project with land earmarked for the upcoming factory and such, but again, like previous attempts, no real headway was made in terms of government support and this project, too, withered away.

After names like the Beetle and the BMW Isetta, you know there was someone plotting to bring this French wonder to our shores. The Escorts group, responsible for getting us those wonderful Yamaha two-strokes, planned on bringing this bare-bones utilitarian car here in 1985, but as you can guess from the general scheme of things, this turned out to be a still-born project because of the government's stake in Maruti.