Bajaj Platina - Plat on the back 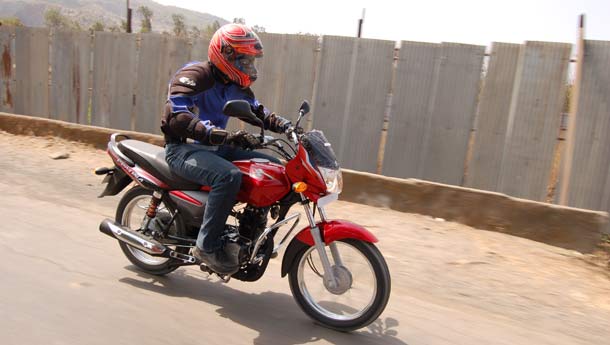 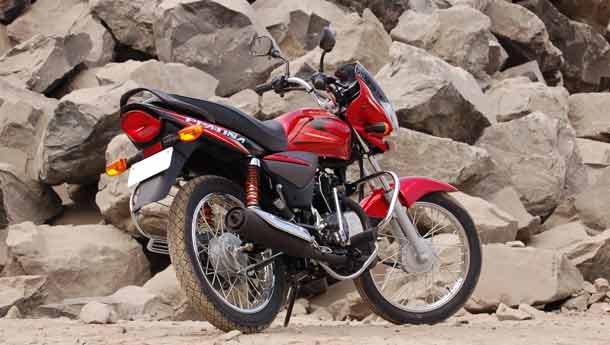 Having woken up early five days in a row for various reasons, I squinted into my monitor to see the freshly downloaded pics of the Bajaj Platina. I saw the Wind! A combination of Windows’ Safe Mode and iSquint caused the illusion. After I rebooted, things improved. It became clear that the tank and tail panel are indeed from the Wind. The fairing’s a bit different, but with some Kaavyafication for sure. Ditto grab rail. And tail lamp. The radically different panel is the sidepanel, and the coloured wedge looks smashing. As does the sticker work. We had called the Wind’s styling crisp and spartan earlier and I think that describes the well built and shiny Platina as well. Except that spartan is absolutely on the ball for the segment it attacks.

Compared to the competition – TVS Star City DLX (closest), Splendor+, CT/CD-Deluxe etc (more of a stretch), it looks positively stylish. One thing though, the silver colour is the only one that nets alloy wheels. So while the red and the blue ones look smashing, you can’t get alloys for them.

In the last issue, you read that the motor has been tweaked slightly for improved low-mid response and painted a sort of metalflake steel grey. Frankly, when I kicked it to life, it sounded more or less like a CT100, the motor it’s based on.

I mean that as a good thing. It revs free, feels quick and light and has a compression-aided rorty note. On the road, it shares the CT’s eagerness to get on with it, and pulls wheelies on demand. It brought back 8 bhp memories of the honest nature and the sheer it’s-a-right-laugh feel of the CT. Except that the CT’s Peter England gear’s been traded for slicker Pepes.   The Platina shares most of the chassis setup with the CT as well, differing only in the aggregates. As such, the ride quality (yes, SNS and all) feels quite firm. But hit bigger bumps and they all but disappear. The ride isn’t as supple as a Pulsar, but it’s a comfortable bike almost all the time to be on. The single downtube split cradle frame also gives the Platina a light, agile feel, but I was, to be honest, quite worried about the MTL Eurogrip (Monotona Tyres Limited based in Wada, Maharashtra. 2.75 ribbed and 3.00-17 diamond pattern) tyres on our test bike. The last ones I used were on a Kinetic Boss, and man, that set sucked. However, after an hour on good and bad surfaces, I’d have to say the tyres were fine. Not as grippy as a MRF/TVS/Dunlop perhaps, but eminently serviceable.

After almost an hour of riding, my impression was that I was riding a snazzier CT100. Which it is. Am I saying this is Bajaj’s first cosmetic variant in a long time? I’d say yes to that. However, we’ve seen Hero Honda play this kind of game with great commercial success for a while, so I can’t see why Bajaj shouldn’t also. Besides, we liked riding the CT100, so I really cannot complain.

But there is a catch, isn’t there? Yes there is, but I didn’t discover it until I started jotting down the prices. The two-model Platina range spans Rs 41,454 and Rs 43,729 on-road Mumbai. That’s Rs 1900 more than the CT-Deluxe and Rs 2700 less than the Discover 112. It’s a strategic hole to fill. The nearest Hero Hondas are the CD-Deluxe and the Splendor+. The former is Rs 1500 cheaper than the base Platina, while the SplenPlus is a whopping Rs 2500 more expensive than the alloyed Platina! The direct price TVS competitor is the Victor GX, but the TVS Star City DLX, magwheels (showroom speak for alloys) and all, is priced at par with the base Platina.

Which clears it all up. The Platina is a likeable, attractively styled motorcycle at a very strategic price point. Smart thinking, guys. Would I buy it? Perhaps not, I like the CT100’s simple (naked) looks, actually. But if you’re in this budget range, and looking for a good-looking, frugal, and reliable motorcycle, you can stop searching now.