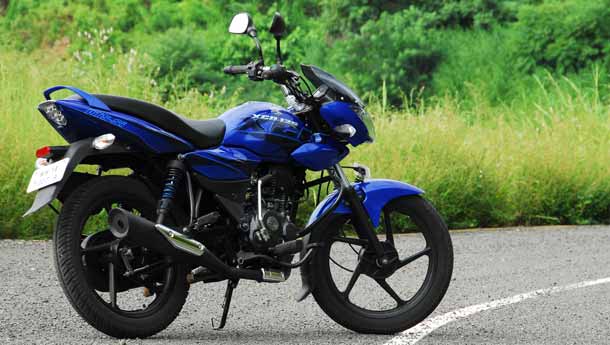 Bajaj Auto, the country’s second-largest manufacturer of motorcycles, has phased out two more models. This makes four bike models phased out in four months, due to weak demand.

With the eviction of the XCD 135, Bajaj has completely erased the XCD brand from its portfolio, created only two years ago to support sagging sales, amid much fanfare.

Bajaj now has only eight motorcycle models and one scooter. It further plans to phase out the Kristal gearless scooter and the Platina 100 by the end of the year.

In comparison, market leader Hero Honda has 15 models under its line-up, ranging from 100cc to 225cc, including an automatic scooter, Pleasure.

Bajaj’s plan is to aggressively push its other brands such as Discover and Pulsar, both of which saw makeovers and additions in recent months. Bajaj added an economy bike (100cc) to the Discover brand and an executive bike (135cc) to the Pulsar series. Besides, the Pulsar range, comprising Pulsar 150, 180 and 220, were given refurbishments lately.

Stated a senior company executive: “The new Pulsar (135cc) is much stronger in terms of brand and style, compared to the Platina 125 and XCD 135. To better utilise our options, we had to discontinue the two models. Besides, the sales generated by them were not enough to keep the production lines running.”

Although the initial hoopla created by Bajaj around the XCD brand did help in sprucing sales, thanks to heavy brand promotion exercise, it lost to intense competition.

Bajaj was forced to phase out both the XCD models as they were priced with a gap of just Rs 3,000 and Rs 5,000 from the Pulsar 135, which returns the best margin for the company. Due to continuous cost reduction, the company was able to position the new Pulsar at just Rs 51,000, as compared to the earlier entry price point of more than Rs 60,000 on the Pulsar 150.

Although the company did not initially expect a severe cannibalisation of XCD 125, it was forced to revisit its strategy after demand for the model fell to alarmingly low levels of under 20,000 units a month, against the targeted 50,000 units a month.

The XCD 135 sold 10,000 units in the first two weeks after the launch, but has been facing heat from the new Pulsar, as well as from competition.

The company official, however, added that the phase out of the Platina brand will be only temporary and that the current plan will be largely towards promotion of the new Pulsar.

“We will stop the Platina for the time being but the plan is to bring it back into the market after sometime,” added the executive.