Bajaj phases out Boxer 150 in India 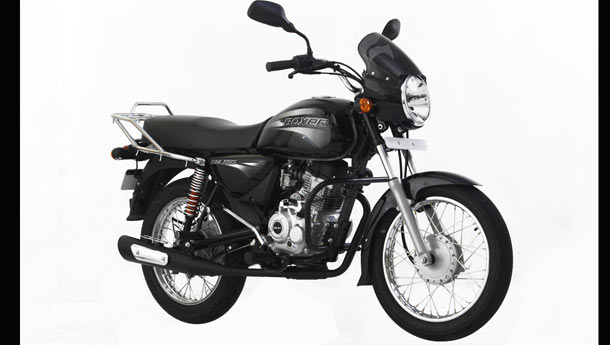 Sliding demand for the Boxer BM 150, aimed at the utilitarian market, has forced Bajaj Auto to phase it out from the domestic market only year after it was launched.

Launched exactly a year ago for Rs 43,000 making it the cheapest 150cc bike in India, the Boxer BM 150 also known as the 'Bharat Bike' was introduced to serve the rural markets.

Its rugged built, simple styling and high power delivery were aimed at the rural buyer for delivering better performance than modern day 150cc bikes. However, it failed to enthuse buyers.

K Srinivas, president - motorcycle business, Bajaj Auto, said, "We produced 8,000 units of the Boxer 150 last month and all of it was for the export market. We are discontinuing model in the domestic market".

Similarly the Platina 125 is also phased out from the local market, said Srinivas, though it is available in the export market. The Platina 100, the cheapest bike from the company, is still selling at 50,000 units a month.

Meanwhile, the company also said that it hopes that the slide in demand will get arrested in the upcoming festive season where it is targeting a growth of 10 per cent in sales. However, the company has indicated that it will not raise prices of its products immediately unlike Chennai-based TVS Motors which has been contemplating a rise.

The Pune-based company also stated that the upcoming 100cc bike will also be the costliest bike in its class with advanced technology. Srinivas, however, declined to give details of the product but stating that it will be launched before the end of the financial year.

The slowdown notwithstanding Bajaj is all set to enhance production capacity at all its four plants by nearly 27 per cent to 5.7 million units from 4.5 million presently. The company is restricted in exports on the Discover with most of the production being supplied to the domestic market.

"The Pulsar 200NS has been very well received by the market beating our expectations. The bike saw sales of 8,500 units so far and we are starting exports of it next month where we are also hiking production to 10,000 units a month. Exports of the Discover 125ST will also begin next month with 5,000 units", added Srinivas.

READ OUR REVIEW OF THE DISCONTINUED BOXER 150 HERE: