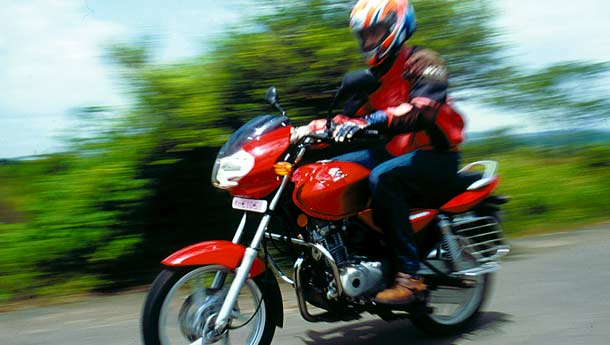 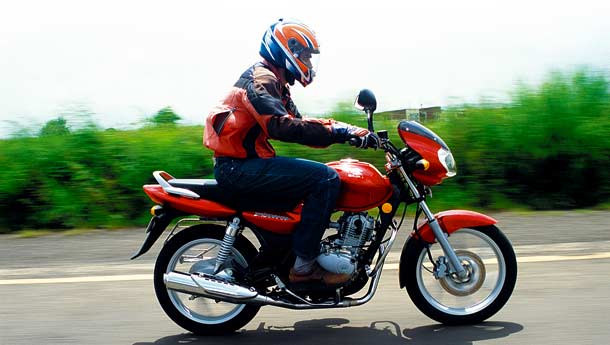 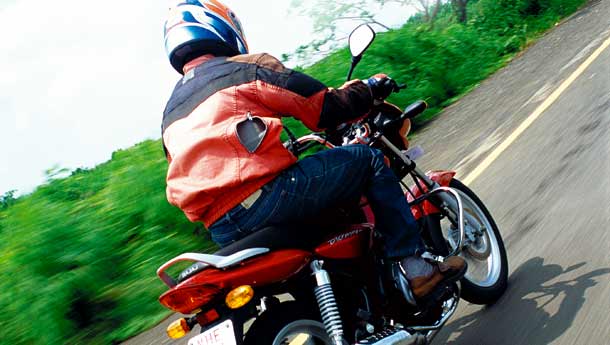 After the solid impression the Discover made on us at Bajaj’s Chakan plant, we couldn’t wait to put a lot more kilometres on it and check out the depth and width of its abilities. To put the suspense at rest right here, let me just say that it delivers on every promise. But the good part, and that’s the journo in me speaking, is that we did discover (er… pardon the pun) a couple of weak points we can crib about.

All set? Rolling off on the Discover is an interesting experience. Especially if you’ve just hopped off another bike. To tell the truth, I nearly fell in the very first corner aboard the new Bajaj. I’d just parked our long term Graptor, jumped on the Discover and went out to lap a route I know very well.

The 124.52cc engine is a happy, torquey and revvy number that likes nothing more than ever increasing amounts of throttle. So I approached this corner too fast on a machine I’d only been on for ten minutes. My mistake? Yes. However, part of the extra speed was the Discover. Bajaj benchmarked the invitingly low seat height of the Splendor and that makes the Discover feel familiar as soon as you hop on. If you aren’t careful to remind yourself, you sometimes feel like you’ve been riding it all the time.

Then there is the chassis. I used the excellent 240 mm disc to scrub off all the extra speed despite blowing past my braking marker. But when I leaned the bike in, it acquired way more lean than I’d planned on. That would be the Discover again – the 17-inch wheels reduce the inertial masses you have to overcome to initiate a turn. It is then you realise that the key to smooth (and quick) progress on the Discover is lightness. The push on the handlebar, twisting the throttle, clutch pull and indeed, the two fingers on the brake lever all need only the minutest of  muscular twitches.   Which is why the Disco makes you feel less frustrated when you’re stuck in rush-hour stop-go treacle. The light handling and stability also aid manoeuvring through traffic and help you capitalise on the gaps that make motorcycles so much quicker than cars when it comes to traffic.And the motor helps hugely. The exhausTEC system endows the bike with unflagging acceleration from 3000 to 8000 rpm. This minimises gearshifts – which were positive but clunky initially, but became slicker as the odo rolled on – and makes navigating traffic a lot less effort. That is also the reason for the smashing 6.4 second run to 60 kph. Keep it wide open and the bike will easily get to 100 kph. However, the final 6 kph on top of that needs open space. But back to the gearshifts. Later on, bazzing through twisties, I realised that I was using downshifts more for engine braking into corners, than for quicker corner exits.

Like we said, the motor is quite refined, but is not a wimpy, quiet one. It certainly isn’t as refined as the Wind 125, for instance, and while there are no vibes, it definitely can be heard over everything. Some people may not really like this, but I certainly do.Yet the throaty and aggressive motor just pales in comparison to the Disco’s handling, especially given its super ride quality. The thin-wall thick-tube double cradle works very, very well, and has a light and sorted feel to it. Aided by the 17-inch wheels, fantastic brakes and great Dunlop rubber, the Disco is a finely-tuned cornering instrument. It makes light of its huge wheelbase and steers quickly without compromising stability. And once you get used to it, the Disco needs no effort to lay down on its ear and even less effort to pick up on the throttle and slingshot out. I’d go so far as to say that this is an even better handler than the Pulsar and Bajaj should seriously consider updating the Pulsar 180 DTSi with these wheels and low-slung stance (oh boy, that’d been a killer machine, now wouldn’t it?). The ride quality works this well despite the handling because of low stiction bushes in the front forks that allow the ride quality to be ultra-supple and absorbent without being unduly soft or spongy. Go off-road, yes, alloys and all, and the Disco bounces and pitches far less than any other bike I can think of. Even compared to the gliding grace of the Karizma, the Disco handles sharper bumps and repetitive undulations better.

The ergonomics are sorted too. On longish trips, the slightly rear set pegs prove very comfortable and the seat provides good support for rider and pillion alike.   The Bajaj Discover really is the most complete motorcycle I’ve tested from the Bajaj stable. The Pulsars, despite their obvious abilities, still have a few aspects that are a little work-in-progress, but the Disco seems complete.But I said right at the outset that I finally have a few points to crib about. First of all, the engine kill switch still doesn’t see eye-to-eye with Bajaj. Second of all, it took two people to zero the trip meter because the roller tab is placed very badly and a) you cannot get to it and b) when you do you can only get the most tenuous of grips. Thirdly, the timing window on the left of the engine looks like somebody forgot to put a cap on it (scary!).However, that apart, the DTSi-equipped Discover delivers. Returning as much as 68 kpl at a steady 40 kph, and a very friendly 61 kpl in urban use, the Discover is a hell of package. Priced well, I think the top-of-the-line machine makes a great value proposition and is my personal favourite in the segment now. Not to mention that it is the handsomest of the machines of its kind.

Do I recommend a buy? Hell, yeah. The Disco should be in showrooms in two weeks’ time, and I suggest you book your place in what should be a long queue. Which leaves only the question of what happened in that first corner. Well, I recovered from that and now find that I can sling the Disco through that corner much, much faster!

We only got the Disco just days before we sent this magazine to press, but I did manage to grab some saddle time on the Yamaha Fazer and the Disco back to back. The result was the realisation that we have two solid 125s here, pick either and you’ll have a good bike.But they’re chalk and cheese. The Fazer is your calm, sorted and sober friend, while the Disco is the excitable prodigy. Riding the Fazer is about enjoying the superb refinement, the bigger bike feel, the comfortable ergonomics blended very nicely with the class-average performance and head-turning style (even if not all the heads wear I-like-it expressions). What the Fazer misses are the electric start and disc brake options. And when you ride it next to the Discover, you get the feeling a lower seat would have made the bike a lot more fun.The Disco, on the other hand, looks just right, with its combination of a kicked-out stance, graceful proportions, mean bikini and smaller wheels (yes, even the spoked ones). Fit and finish are also a level higher. And the dynamics are excellent too. While it will putter around easily at 30 in top gear, it is a bonafide zinger. And it has one of the best handling packages in the biz, Mercedes-Benz ride quality and awesome brakes.

So, which one should you buy? As I said while both are good machines as commuters, the Disco, to me, has the edge when it comes to highway work and twisties (not to mention fuel economy and performance).