Bajaj counting on the Discover 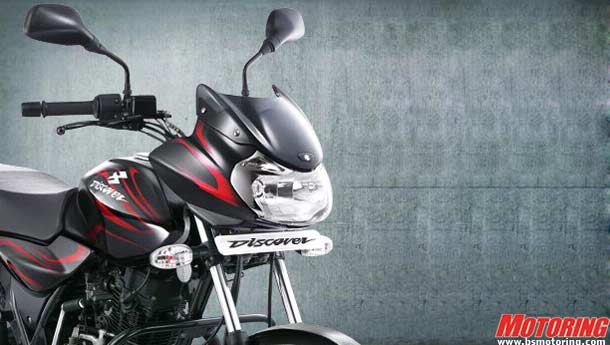 Riding high on its Discover model, Bajaj Auto has taken away a nine per cent share in the motorcycle market from leader Hero Honda during the quarter ended June.

Discover was a bike first launched in 2004 and extended to the 100cc segment last year. Bajaj claims the Discover (with sales of 114,000 bikes in June) has emerged as the second-largest selling brand in motorcycles, overtaking Hero Honda’s Passion (106,000 units/month) but trailing its market leader, Splendor (160,000 a month).

If the Discover sustains its momentum, it could overtake Splendor in three to six months, said S Sridhar, Bajaj Auto’s CEO for two-wheelers. There’s a good chance of it managing to do so, unless Hero Honda spoils the party by dropping prices for Splendor or Passion.

Bajaj is expanding motorcycle capacity by 300,000 per annum and from July, it will be able to produce 170,000 a month of Discover bikes. Bajaj has also launched a 150cc variant of the bike and hopes to sell 35,000 of these every month, once it’s available across India.

For several months, Bajaj has been reporting 60-80 per cent jump in volumes. In the past five months, its domestic sales jumped 98 per cent, while the industry grew at 30 per cent and Hero Honda grew at 12.1 per cent, albeit on a much higher base.

This is partly due to a low-base effect. Bajaj’s domestic sales had slipped to 110,000 units a month last year as consumer financing dried up during the downturn but rival Hero Honda continued to do well, as consumers in rural areas bought in cash.

Brand & category
The base effect is half the story. The resurgence in Bajaj’s sales is driven by the Discover and the company’s renewed focus on the 100cc commuter segment. Bajaj made the mistake of trying to move away from 100cc bikes, hoping commuters would upgrade to more powerful and higher-displacement bikes, which are its strength.

Discover’s monthly volumes have grown from an average of 24,000 in the first quarter of launch (of the 100cc) to an average of 110,000 in the last quarter. ‘‘Discover has been a branding, technology and marketing story and the reason for the spurt in sales,’’ said Sridhar. Growth will taper from August as the base becomes high but still grow at 40 per cent.

Hero Honda had a head start in four-stroke bikes and its brands, Splendor and Passion, were deeply-entrenched as frugal, reliable, commuter bikes. Attempts in the early 2000s to take them head-on proved futile and models like Caliber and Aspire failed to cut ice.

That’s when Bajaj adopted a flanking strategy to counter Hero Honda, trying to attack it from the top as well from the bottom. The bigger and sportier Pulsar created a niche at the top, now leading the segment, while its price-driven, entry-level strategy worked till rival Honda dropped prices and Bajaj saw it as a zero-sum game.

However, Bajaj was exposed in the middle, where Honda ruled with Splendor and Passion, and Bajaj did not have any products to counter these. For a while, Bajaj tried to move commuters away from the 100cc bikes to 125cc bikes, by offering them more for the same money.

In 2007, Bajaj had launched XCD, a sleek bike in 125cc, which sold 20,000 a month but wasn’t good enough. Bajaj then developed a 100cc bike on the XCD platform (using its chassis, engine and gearbox), allowing it to price attractively.

Learning curve
But Bajaj had learnt a few lessons from its past failures and tried to incorporate them in the new bike package. For instance, it had understood that it was not enough to harp on features; the starting point for a customer was the brand, which reassures him.

Bajaj had a good brand in Discover (until then available in 125cc and 135cc), which enjoyed the image of a bigger and sportier bike and priced at Rs 50,000. Bajaj felt a customer’s familiarity with a brand was important, and hence settled for this one for its new 100cc bike that delivered an on-road mileage of 80 km to a litre.

‘‘While the bike was bigger and sportier from outside, it was frugal from inside: the DTS-Si technology on a 100cc format delivered a good mileage,’’ said Sridhar. It also put in features which commuters will find in sportier bikes.

These include a longer wheel base, a five-speed gear box, auto choke and gas-filled shock absorbers, which are found in performance bikes but come in more than handy in negotiating bumpy rural roads. To complete its 4-F strategy for Discover (familiarity, frugal, features, and fun), it introduced it in a more peppy, 150cc variant.

‘‘You need to change the engine oil only once a year against six months usually. We added many such elements, which once a customer uses, they get used to,’’ said Sridhar.

This product was complemented well with a Discover India campaign, where the key message was that there are many India’s within one India — a village of Afghans called Jambur near Jamnagar, a village in Karnataka where people speak only in Sanskrit, or a village in Maharashtra where houses have no doors. More important, the ads tried to communicate that many of these villages are located less than 100 km from different cities, and you can reach these in a Discover with one litre of petrol.

Hero Honda’s Splendor had a great run. For 15 years, it had built a strong pedigree, with 11.5 million sold. But in less than a year of launch, Discover is the second-largest selling bike after Splendor and has a good chance of over-taking the latter.

A Hero Honda spokesperson said: “Our growth has been robust and we have been posting million-plus sales every quarter for the last five quarters. We reported our highest-ever monthly sales of 435,000 in May, followed by yet another 400,000-plus sales figure in June, a 16 per cent growth. This further consolidated our market leadership. Splendor and Passion are the only million-plus units in two-wheeler brands in the country and continue to grow strongly.

Discover commands a premium of Rs 3,000 over Splendor, which should boost Bajaj’s bottom line. Partly why the Bajaj scrip rose 161.7 per cent over the year, overtaking the Bombay Stock Exchange auto index, as well as rival Hero Honda, which rose only 55.4 per cent.