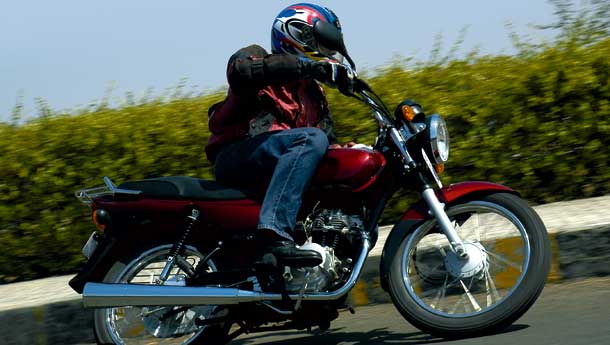 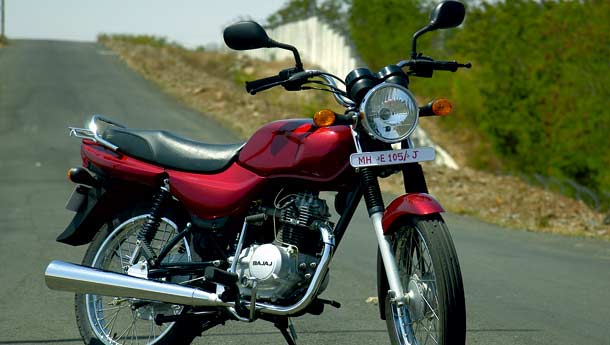 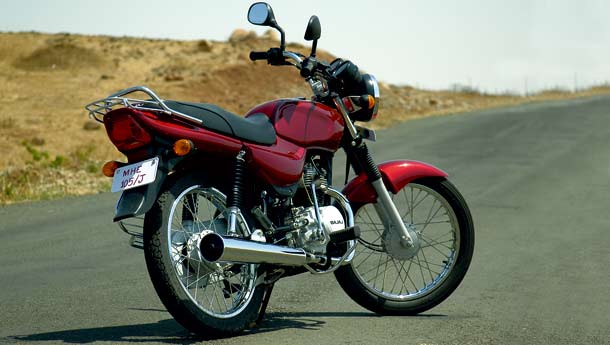 Another day, another machine that returns 100 kpl. The eco-weenies are celebrating a brand-new world and the People for Ethical Treatment of Petrol are cheering. It is ours to ride all machines and tell you how dull and miserable we are, and the bike is.

But this doesn’t fit. The Bajaj R&D guys, Abraham Joseph and Shrikant Bhat are usually hopping with enthusiasm, and they are, in fact, hopping with enthusiasm introducing the new Bajaj Boxer CT nee Super 100.So does it manage 100 kpl? They both nod and smile, but say the surprise, the killer-app, is elsewhere. Chests puffed and collars lifted, they confess to having ridden an 8.9 bhp prototype of the new Boxer CT. By the time you’ve gone from humph-100 kpl to holy cow, Joseph says that isn’t the final power figure.

That would be 8.2 bhp@7500 rpm. We’re looking at the most powerful entry-level motorcycle in the country today. Not only does the Boxer CT make more power, it also makes 0.82 kgm@5500 rpm. Which is more torque than the Victor! The peak torque is the reason the 8.9 bhp won’t be in showrooms.

The power isn’t a direct result of a surreptitious capacity hike. Bajaj found that short-stroke engines face lower friction and went for an oversquare configuration, which resulted in the 8.9 bhp figure. By the time R&D had finished with the engine – completely new head, chamber design, engine block, crank and transmission – the power was down to 8.2, but the torque was up, despite the short stroke.

Joseph goes so far as to say that the 99.27cc displacement, short-stroke format, careful design and a few anti-friction components was all it took for the Boxer to ace 100 kpl, with the power advantage intact. To put a fine point on it, the combustion chamber burns better through better charge motion. ‘We didn’t need two plugs, two sparks or umpteen ignition maps.’   The old Boxer was known to be a vibey unit, so the crank was carefully executed to minimise vibration. End result is an engine refined enough to be mounted solidly to the single downtube, semi-cradle chassis, and nary a rubber mount required. Even when running at near top speed, Param who was riding pillion for a while, reported the complete absence of any peg vibration.

Returning to the mileage-oriented brief, the team designed a completely new transmission, with the express aim of allowing the rider to snick into top gear at the earliest and remove any reasons to shift down.

Then the chassis was updated comprehensively, with fully re-tuned  suspension. The front and rear rates were redone keeping in mind that most Boxers won’t enjoy the luxury of well-maintained roads. Which is also one of the reasons why Bajaj chose the Dunlop Rib 2.75x18 on the front. The tyre, it appears, offers better grip on loose surfaces. The rear tyre too, is a 2.75x18, which gives the Boxer a well-tyred look.
Final touches included sweeping changes on the interface elements. So the Boxer now has feather-light centre stand action, great rubber grips and Pulsar-spec switchgear. In fact, I was genuinely surprised to see a red switch where most Bajaj bikes usually have a missing engine kill. Could the Boxer actually have one? Sadly, no. The red switch I spotted will be blue on production bikes and will be the ‘Ride Control.’

Like the lights on the TVS’ and the chameleon needle of the Caliber 115, this mechanism is also a mileage boosting aid. But far less distracting. Bajaj is patenting it and it consists of a spring-loaded cam that makes it harder to twist the throttle past the best fuel efficiency zone when Ride Control is on. For an overtaking situation, you can happily twist past, but the slight resistance is effective and I naturally settled into a 45 kph cruise with the thing working. If you don’t like it, just switch it off.

So I did and began to enjoy the ride. The Boxer’s exhaust note is a surprise. In a world growing old with silent machines everywhere you look, the Bajaj is a rorty little number. Nice soundtrack, guys. Snick first, pop clutch and the 8.2 horses gallop off the spec sheet and set about providing brisk acceleration. Unlike other super-efficient bikes, the Boxer doesn’t seem to have a powerband. Grunt starts from the word go, and the CT will run spiritedly past 75 kph, though the rest of the run to 92 kph is slower. And no vibes are felt through all of this. Rev the engine too hard and the note may go from rorty to shrieky, but no vibes, note.

But the easy thrust is not the high point of the Boxer. The best bit is the torque. The Boxer takes a leaf from the four-wheel drive low ratio book. Riding up and down an inclined road for photos and stopping repeatedly next to Param for instructions, I discovered that I’d managed to pull away in second gear on more than one occasion and even in third gear once, without realising it. Then I threw all of that in the shade by chugging past Param, gesticulating wildly with the throttle hand at 15 kph in top gear. Going uphill.   While the engine shares just the crankcase, the chassis is heavily based on the outgoing Boxer. Like we’ve said before, that wasn’t a poor handler at all. It was a neutral motorcycle, with surprising ability when you needed it. The suspension work gives the new Boxer better ride quality and improves on the handling as well. This is perhaps the most stable of the entry-level lot now. The high and wide handlebar helps by reducing steering effort and adding a dash of agility to the its planted feel.

The generous tyre sections also help the 110 mm drums boost braking efficiency. The Boxer is very sure-footed on the brakes and is well nigh immune to flapping its rear end about. And this isn’t it, yet. Bajaj marketing is still finalising details on a faired version, which could be the Boxer CT Deluxe, which might even come with 130 mm units.

When I’m done riding, there is no doubt that the new Boxer CT is a huge improvement on the older machine. More significantly, it is going to give the competition a right old run for the money, for part of the design brief was an edict to keep the price point in the ballpark. Not only will be the most powerful motorcycle in its segment, it will also be very reasonably priced. And I haven’t yet mentioned that the ergos are very good and the Boxer is comfy. Any which way you slice the pie, it isn’t short on ammo. All that and the magic 100 kpl claim too.

Not even on the usually contentious styling parameter is it easy to wrong-foot Bajaj. The design team have made subtle changes to the Boxer’s lines, which give it a modern, robust look without taking away the forthright honesty which is easy to appreciate.

It isn’t perfect, though. The near-final spec prototype, as I said, was rorty. This note is nice to start with, but after a while it can get on your nerves. I must say that I was riding in a deserted place with an ambient noise level of near zero decibels. I probably won’t notice it as much in traffic, but it does jar on a motorcycle which has no serious vibes and very, very little harshness even at high revs.

The hard-hitting Rs 31,000 (approximately, ex-showroom Maharashtra) price tag will be hard to beat. A very good 100 kpl machine then? Not by a long shot. Machines as miserly as this must, by design, be dull and boring. This is the one aspect where the Boxer fails miserably. Am I actually telling you that the Boxer is fun to ride? I am. In Pulsar territory we aren’t, but this bike comes with an optional laugh track.