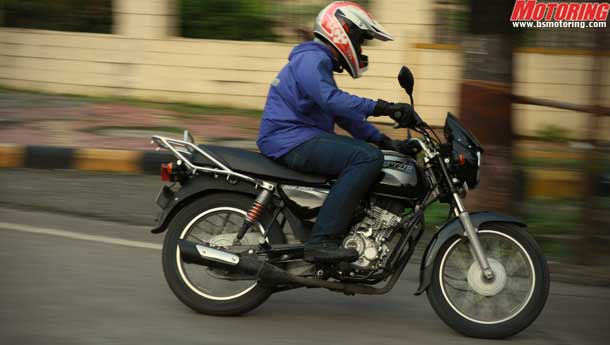 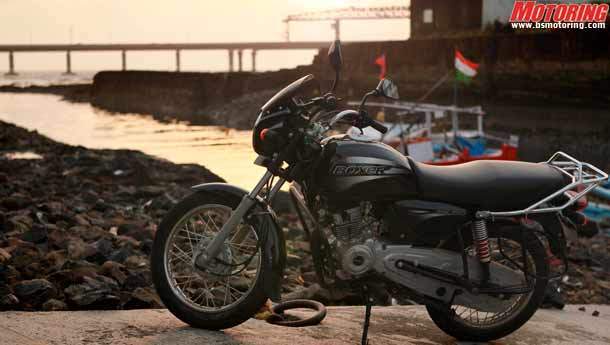 I am happy to declare that the new Bajaj Boxer BM 150 is one such motorcycle. Funny thing is that the new Boxer has been targeted at motorcyclists in rural and semi-rural areas. Gaah, why should they have all the fun, huh?

Well, the good news is that the new Boxer is available to the city slicker too, and the variant with the electric starter will set him back by a mere Rs 42,000. Yep, that's the kind of money that some of the 100ccs demand in the market. So what you get is a 150cc motorcycle for silly 100cc money. Now that I have your attention, let's proceed, shall we?

The Boxer is a great looking motorcycle. The lines are so simple and clean that it makes the bike look timeless. None of those silly plastic extensions on the tank nor a pillion grab rail that looks like the proboscis of an alien gnat. The fairing, to me at least, looks almost like it was borrowed from the older Ducati Monster S4RS, just that it's a tad taller on the Bajaj. The graphics are subdued and classy with none of those ostentatious pink, yellow and gold stickers that cause temporary colour blindness. Besides, I think I can use that fairing on one of my upcoming projects. Yeah, now Kartik wants one too!

Like I mentioned earlier, the Boxer has been designed for the rural and semi-rural motorcyclist. Mr Bajaj went on to say that he had a vision of manufacturing a tractor on two wheels. Keeping all of that in mind, the Boxer boasts of a robust square-section frame that holds everything together. Almost all the body panels are metal, simply because the boys in the heart of India don't like to baby their bikes. You drop plastic, it breaks and that's the end of it. With metal, you dent it, hammer the ding out and Bob's your uncle.

Let's not forget how Indians love to load up their bikes, which is definitely not a safe idea. But if someone does want to load a few acres worth of cauliflower onto the Boxer, at their own peril, the strong carrier and the tree trunk-thick rear SNS suspension below should take it all with aplomb. Wider tyres help put all of that in motion and a long, broad seat will comfortably accommodate the largest of farmers. However, I still think that a two-wheeler was always intended as a mode of transport for just two human beings and its safest that way.

Riding the Boxer is great fun. The 11.8 bhp motor accelerates like no currently sold 100cc motorcycle and the torque, oh boy - plonk the gearbox into the top cog at 40 kph and there after, it's almost like riding a twist-and-go scooter, throttle up when you want to surge ahead or roll it back when you want to go easy. On the flip side, the motor is vibey at higher revs and sounds rather disgruntled in general.

The gearbox is a four cog affair. when you giving the Boxer a thorough whipping, the engine practically shrieks out for another toothed wheel. And yes, the infamous all-down shift pattern has unfortunately made itself home in the BM 150. It must be said that the gearshift is rather light and precise.

Over Mumbai's notorious potholes, the Boxer is poised and pleasant with not too many vibes getting past the well-padded seat and into your tail bone. The wide, tall handlebars and the upright riding posture are just what the doctor ordered for tackling frantic urban commuting and should do great on dirt roads too where more leverage is required to effortlessly change the bike's direction.

Handling wise, the Boxer is quite the performer. Now automatically assuming that means the bike can blaze past seasoned sports machines on a race track is plain silly. What I meant by that was that the Boxer can hold its own around a corner, just that you shouldn't push it too hard. This is after all a budget motorcycle that is intended to ferry yourself and a pillion from point A to point B in relative comfort and in as little fuel money as possible, not a canyon carver.

There are a few things that the Boxer could do with, though. One is a disc brake up front. Sure, it might bump up the price a smidgen, but personally, I'd rather pay a little more than have to live with a brake that feels like crushing an over-ripened banana. I do hope that Bajaj does at least offer a disc brake as an optional extra.

If you want a simple motorcycle that seems to do everything reasonably well, the Boxer 150 is the one for you. It's easy on the eyes, rides well enough to make you want to ride to work everyday, frugal enough to actually allow you to ride to work everyday and reasonably priced to boot. Don't forget about the soul stirring bit though, for that is another reason for you to want this motorcycle.

Type: Single rectangular-section down tube with engine as stressed member