Bajaj bats for BS-IV but has 80k BS-III units 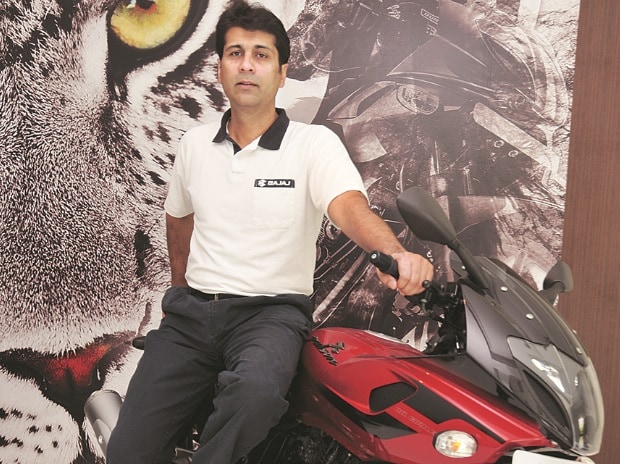 Rajiv Bajaj-led Bajaj Auto, which is crusading against any delay in the nationwide implementation of BS-IV emission norms, has an inventory of about 80,000

BS-III-compliant vehicles, valued at Rs 500 crore. The company, like most of its peers, also manufactured a few thousand BS-III motorcycles in February.

The country's most profitable two-wheeler maker, headquartered in Pune, told the Supreme Court on Friday that Bajaj and its dealers had an inventory of more than 79,000 BS-III motorcycles and almost 1,700 units of BS-III three-wheelers as of March 20. Bajaj also produced about 5,100 units of BS-III Pulsars (motorcycles) in February to liquidate ‘high value components’, lying with the company and its vendors, it told the SC. It also added nearly 100 per cent of motorcycles produced by Bajaj in February was BS-IV compliant.

The total inventory of BS-III two-wheelers with Indian companies and their dealers was about 671,000 units as of March 20. While the bulk of these are with the top two players — Hero MotoCorp and Honda Motorcycle & Scooter India (HMSI) — Bajaj accounted for nearly 12 per cent of this stock. Hero had about 290,000 units while HMSI’s inventory is estimated around 250,000 units. Both Hero and HMSI have shifted entire production to BS-IV from March.

Responding to queries, a Bajaj executive said the inventory of BS-III vehicles at the company’s factory had been zero for some time and those at dealerships are also expected to be exhausted by month-end.

Early this month, Bajaj had sought intervention of the Court for immediate implementation of the BS-IV norms. The rise in vehicular population had a significant contribution to increasing air pollution, it stated. The company, citing studies, added BS-IV compliant vehicles would have a positive impact and reduce harmful emissions to the extent of 25 per cent over BS-III vehicles. BS-IV norms for two-wheelers were notified by the government in July 2014. It said all new models of two-wheelers launched from April 1, 2016, should comply with BS-IV norms. For the existing models, an additional time of one year was granted. Bajaj argued this additional period was not granted when the industry had shifted to higher norms in the past. It said this period was given to allow manufacturers sell and manage BS-III inventory by April 1, 2017.

“It has been observed in the past that there is a tendency among some vehicle manufacturers to stockpile stocks of more polluting but cheaper vehicles prior to introduction of stricter emission norms in order to dispose of the same after new and more stringent norms come into force with the sole narrow motive of increasing market share,” Bajaj said in its intervention application to the apex court early this month. This defeats the purpose and puts manufacturers like Bajaj at a ‘substantial price disadvantage’. If sales and registration continues after April 1, Bajaj would be ‘penalised’ while those who breached the law will be ‘rewarded’.

The event has left the automobile industry divided. Other than two-wheelers, the commercial vehicle makers also have a sizeable inventory of BS-III vehicles. The majority hold that notification only talks of shifting manufacturing to BS-IV from April 2017 and sales/registration of previous manufactured BS-III units must be allowed. The November demonetisation and a consequent cash squeeze in the economy have significantly impacted demand for two-wheelers and commercial vehicles, and upset the production and sales plans of companies. This has also resulted in a high inventory of unsold BS-III vehicles. The matter is before the SC and a decision is likely in the next few days.