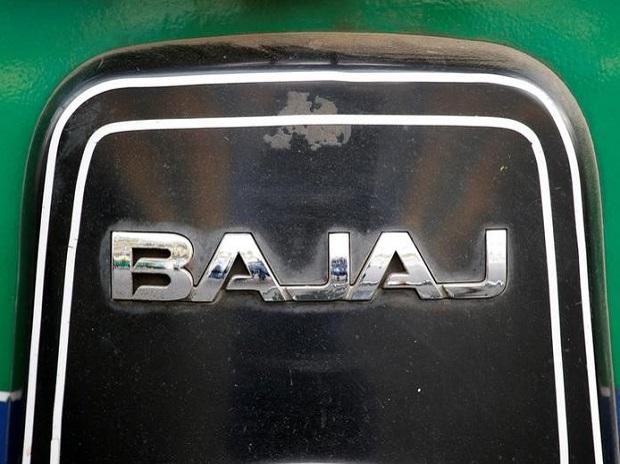 Despite being the fourth player (in terms of market share) in the two-wheeler segment, Bajaj Auto’s valuations were significantly higher than leader Hero MotoCorp, as it placed profitable growth ahead of volumes. However, with Bajaj Auto’s change in strategy, this may change.

Announced in July, the company decided to increase focus on the low-end motorcycles market, and it implemented an across-the-board price cuts.


This has heavily weighed on Bajaj Auto’s September quarter (Q2) operating profit margin, which fell for the second consecutive quarter to 16.8 per cent, as against 19.7 per cent last year. This is not just starkly lower from Street’s estimates (17.5-18 per cent), as well as the 17.3 per cent clocked in Q1, but also a multi-year low. 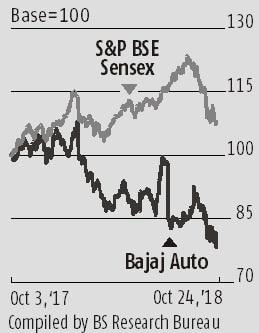 In Q1, margins were down sequentially, but flat YoY. Dragged by increasing raw material prices, gross margins also came under significant pressure, down over 200 basis points YoY to 27.6 per cent in Q2.

“Management commentary suggests the same margin run-rate is likely to continue for the second half of FY19. It results into cautious outlook on profitability going forward,” analysts at ICICI Securities say. Many analysts, however, say Thursday’s investor call is vital to judge if they should be positive on the stock.


These apprehensions weighed on Bajaj’s stock on Wednesday, dragging it down 4.3 per cent, despite its headline revenue growing a strong 21 per cent YoY to Rs 79.9 billion in Q2.


For now, the only tailwind is a possible gain on the currency front.


As Bajaj Auto hedged the rupee at 69 to a dollar in the current quarter, export realisations were a tad muted. That could reverse in Q3, when the full impact of rupee depreciation reflects in the financials.


For Q3, while volumes could pep up top line growth, there’s little leeway in profitability as implementing price hikes may be tough during the festive season. Q3 may also see a spike in advertising costs, putting additional pressure on margins.


Ankit Merchant of SMC Global warns that profitability may remain elusive for the entire industry, thanks to recent price cuts by all players following Bajaj Auto’s action. “This is impacting Hero MotoCorp’s financials and valuations in turn,” he adds.