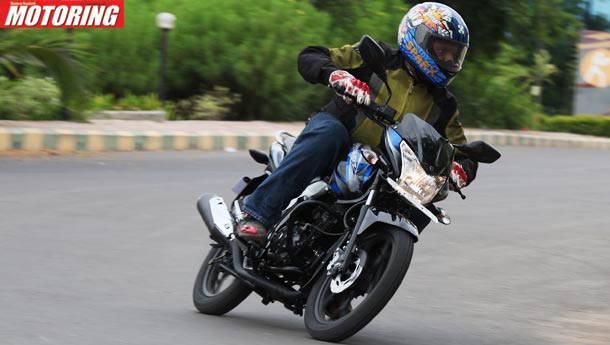 Volume push from product launches and exports are likely to be the mainstay and provide some cushion to Bajaj Auto in FY13, as growth in the domestic market continues to be tepid. This is also visible in the September quarter. Despite new product launches in the quarter — the Discover ST and the Pulsar 200 NS — motorcyle sales fell seven per cent, in the domestic market.

However, it bucked the trend in the three-wheeler segment, due to introduction of three-wheeler diesel variants which helped domestic volumes grow three per cent against near-flat industry growth. While demand has been weak, the company has done well to curb the impact on its financials. Thus, despite a 10 per cent fall in September quarter volumes (two- and three-wheelers), revenues fell only four per cent, on higher realisations. Rising sales of its three-wheelers, Pulsar and higher range of the Discover motorbikes helped realisation improve six per cent year-on-year (YoY).

These also reflected in the Ebitda margins, at 18.4 per cent, down 40 basis points over the year-ago quarter but up 50 basis points sequentially. The company expects to maintain margins on price hikes for three-wheelers as well as Discover brands in July and October. The Street has given a thumbs up to the results, with the stock up nearly one per cent. At Rs 1,781, it trades at 13.7 times FY14 estimates, with price targets of Rs 1,850-2,000.

Domestic motorcycles volume fell 12 per cent YoY in the September quarter due to the slowdown. The muted picture continues with the first few days of the festival season showing flat to marginally positive growth, says the company’s president, finance, Kevin D’Sa. But it has improved market share both in the commuter segment (Discover) by 600 basis points to 25 per cent and the premium segment (Pulsar) by 500 basis points to 50 per cent in April-September.

While the management has maintained a five million (domestic/exports) target for FY13, analysts say it could achieve 4.4-4.5 million. Analysts say it is likely to bank on new launches (bike in January) to boost volumes. Things could look up in the three-wheeler segment, given the launch of diesel variants. If the introduction of new three-wheeler permits in Delhi and Hyderabad comes through, average monthly volumes could improve from 18-19,000 now to 20-22,000 a month.

While exports (35 per cent of volumes) grew 31 per cent YoY in FY12 to 1.5 million units, these are down five per cent in the first half of the year at 800,000 units. For the September quarter, while motorcycle volume growth for exports fell less than that domestically, the fall was higher in three-wheeler exports, which saw a 22 per cent fall due to issues with the Sri Lankan market. Sales have recovered though on price cuts but are still 20-25 per cent lower than average market volumes.

The company continues to focus on the export markets and expects to ride on its tie-up with Kawasaki and existing distribution networks. The fastest growth is likely to come from Africa, growing at 10-15 per cent, accounting for 45 per cent of export volumes.

While the global slowdown continues to impact sales in non-African markets, entry into new markets and alliances should help. The company continues to stick to its target of doubling export volumes by 2016.