Bajaj Auto races past M&M to become No. 2 on bourses 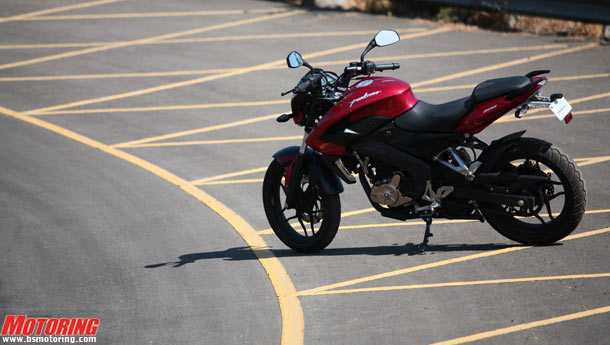 Bajaj Auto, the Pune-based two- and three-wheeler maker, has once again pipped diversified auto major Mahindra & Mahindra (M&M) to become India’s second-most valuable automaker. The shares of the Rajiv Bajaj-led auto company, which prides in its industry-beating 20 per cent operating margin, has been consistently above M&M’s since December 11, 2012.

On Friday, Bajaj Auto had a market capitalisation of Rs 59,420 crore against M&M’s Rs 54,395 crore, according to the closing price on the Bombay Stock Exchange (BSE).

In terms of revenue, Bajaj Auto is still the smallest among India’s big five auto makers.
Analysts attribute Bajaj Auto’s smart performance in the stock markets to the company’s differentiated product and growth strategy. While most of its automotive peers are trying to throw their net as wide as possible, Bajaj is playing to its strengths and has remained focused on segments where it can dominate the market.

“The company owes success to its differentiated product portfolio. It has a niche business in three wheelers, which faces little competition and in motorcycles it follows a different brand positioning than competitors. Margins also get a boost from exports, which are now a sizeable part of its revenues,” says an auto analyst with a leading brokerage firm in Mumbai. Bajaj Auto has appreciated by nearly 30 per cent in the past 12 months, but he still has a ‘buy’ rating on the stock.

The company's market share in the 150cc and above segment (but below 250cc) -- where it sells Pulsar, Avenger and KTM bikes -- stands at 54 per cent, according to December data released by the Society of Indian Automobile Manufacturers (Siam). In contrast, its volume share in the entire motorcycle market (excluding exports) is less than 30 per cent. This helps the company make more profits per unit than competitors. According to industry estimates, Bajaj Pulsar range, for instance, has operating margin of 20 per cent against 15-16 per cent in the sub 125cc segment.

Bajaj’s singular focus on branding and product differentiation has also helped the company maintain margins even in the face of stagnant volumes in the current financial year. In the first nine months of FY13, Bajaj Auto reported operating margins of 22.6 per cent, the highest among all auto majors in India.

The biggest cash cow for the company is its three-wheeler business. In this segment, operating margins are reported to be around 25 per cent with steady volume growth with insignificant marketing and product development cost. The segment comprising goods and passenger carriers faces much less competition than the two-wheeler business with Piaggio and Mahindra being the only competitors.

In addition, Bajaj Auto is the second largest automobile exporter from India in terms of value after Hyundai Motor India, though it remains the largest automobile exporter in volume terms. Every third bike the company produces in India is exported to markets such as South East Asia, Africa and Latin America. During April-December 2012, Bajaj Auto’s export revenues were Rs 5,152 crore, which accounted for a third of the company’s total revenues.