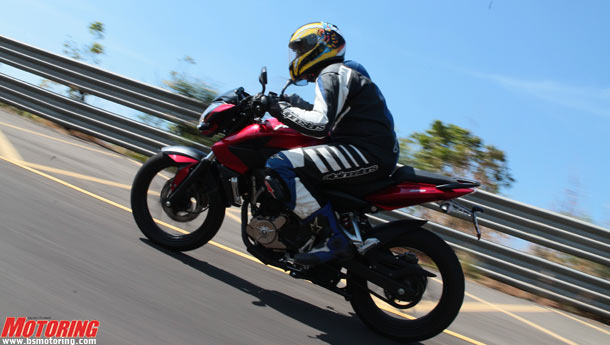 The motorcycle maker reported three per cent rise in net profit at Rs 819 crore for the quarter ended December, compared with Rs 795 crore a year earlier.

Analysts tracking the company had expected net profit to be Rs 818-820 crore for the quarter. The stock, however, reacted negatively, sliding two per cent from the previous day's close on the Bombay Stock Exchange as Bajaj Auto disappointed on margin. The scrip closed at Rs 2,072.95, while the benchmark Sensex shed 0.85 per cent at 19,817.63 points.

The company clocked sales of 1.12 million units in the December quarter, growth of five per cent against the 1.07 million sold in the year-ago period. Net sales stood at Rs 5,307 crore, up 9.6 per cent from Rs 4,839 crore.

"Bajaj Auto’s results have broadly come as per expectations. Lower ‘other operating income’ led to a below-expected Ebitda margin. The company has launched new products over the past few months and that should aid volume growth in FY14,” said Arun Agarwal, an auto analyst at Kotak Securities.

“Margins in FY14 are expected to receive a boost from currency benefits in exports and improved product-mix. We expect the company to perform strongly in FY14,” he added.

Rajiv Bajaj, managing director of Bajaj Auto, in an interview to a television channel, said the target of five million units of sales for 2012-13 would most likely be missed, as demand for motorcycles in the domestic market was expected to remain sluggish for the rest of the current quarter. The company expects to sell a total of 4.3 million units in the current financial year.

Exports of motorcycles, which contributed 30 per cent to total two-wheeler sales, fell two per cent to 298,000 units in the quarter as compared to 304,000 units earlier. Exports fell as demand remained subdued abroad amid global slowdown.

Bajaj Auto launched a new 100cc bike, Discover 100T, this month, which is India's most expensive entry-level bike. With retail sales expected to commence shortly, the company is expecting this model to clock around 40,000-45,000 units a month. With investment of Rs 5-6 crore on the development of the Discover 100T, the company hopes to generate better margins from this product.

The company, which primarily focuses on two brands--Pulsar and Discover--plans to add more models to its line-up in the coming financial year. Besides, newer models of three-wheelers will also be launched next year.