Bajaj Auto launched its Bajaj V15 bike on Thursday, pricing it at Rs61,999 (ex-showroom, Delhi). The bike has been described as 'Part motorbike, part war hero,' by the company as it features metal from the INS Vikrant, India's first aircraft carrier. 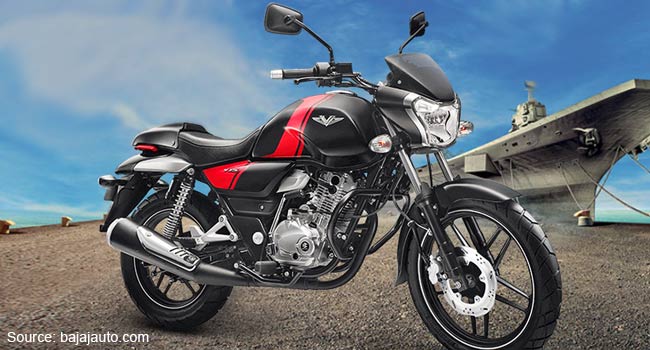 Bookings for the vehicle began a few days ago and deliveries are expected to begin from the middle of March. The bike features a 150 cc DTS-I engine, 60W headlamp, wide and large tyres, a thunderous exhaust and a large disc brake.

The single-cylinder, DTS-I engine is mated to a 5-speed constant mesh gearbox and produces 12bhp at 7,500 rpm and 13 Nm at 5,500 rpm. Since it is a commuter segment bike, the engine has been tuned to provide good fuel efficiency.