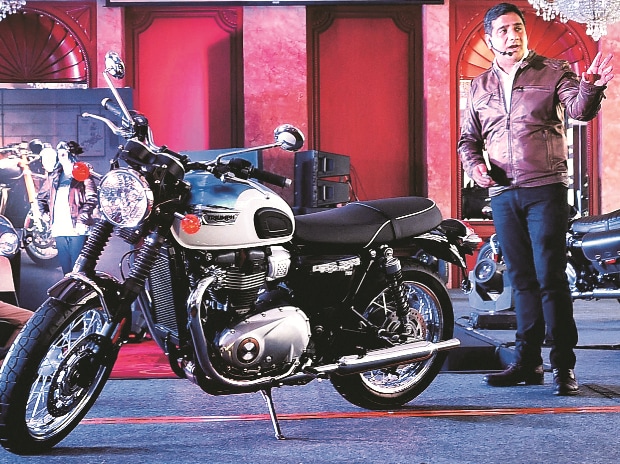 Bajaj Auto hit a record high of Rs 3,129, up 3.5% on BSE in intra-day trade to regain its status as the country’s most valued two-wheeler company in terms of market capitalisation (market-cap).

The stock surpassed its previous high of Rs 3,122 touched on September 9, 2016 in intra-day trade.

The market-cap of Bajaj Auto crossed Rs 90,000 crore mark today, after a sharp 7% rally in the last two trading sessions.

Thus far in the September month, Bajaj Auto has outperformed the market by gaining 11% after the company reported 2.98% increase in total sales in the month of August, due to higher export sales. On comparison, Eicher Motors was up 3.5%, while the S&P BSE Sensex gained 2.4% during the period.

Going forward, analysts expect good monsoons should boost the demand for 2-wheelers especially in rural areas, which has remained muted over the years.

“Growing demand for scooters will be a key factor to growth of 2-wheelers in coming month. We also believe new product launches from HMSI, Bajaj Auto and Hero MotoCorp and TVS should support sales volumes. Also on the onset of festive season in India we expect demand for 2-wheeler to improve in coming months,” analysts at KRChoksey said in recent report.