Bajaj Auto, which introduced its Quadricycle Qute in October last, has exported a total of 334 units to 19 markets including Turkey, Russia, Indonesia and Peru in 2015-16. 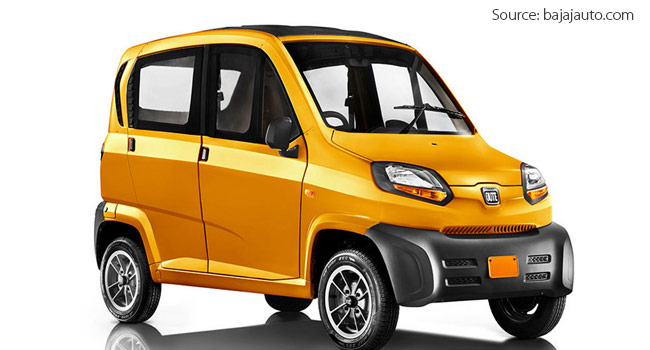 "With a strong positive reception in all markets without exception, production at the Waluj plant is being ramped up to export over 500 Qute in April 2016 alone. Currently total exports for FY17 are estimated at 10,000 units," Bajaj Auto president (business development and assurance) S. Ravikumar said in a statement.

Even as Bajaj awaits clearance for the sales of Qute in India, the vehicle has also been accorded one star safety rating by Euro NCAP.

"Owing to its higher safety, lower emissions, and unparalleled fuel efficiency, Qute is finding favour amongst two and three-wheeler consumers who cannot afford a car," he added. Bajaj claims a mileage of 36 kmpl on its Qute, which has helped the company to establish the product in the global markets.

The 1 star Euro NCAP ratings comes in the wake of the Quadricycle not having any airbags, ABS and the structure was judged to be unstable in the frontal test. In the side impact, the door on the struck side was detached from the A-pillar as a result of the door structure detaching from the hinges.