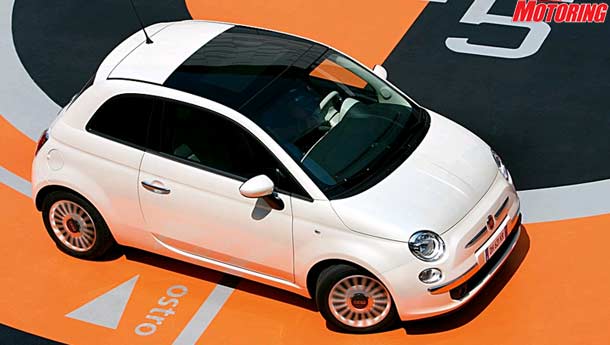 The iconic Fiat 500 or the Baby Fiat, which competes globally with Volkswagen Beetle and BMW Mini, has failed to cheer car enthusiasts in India. Unlike the Beetle, which has caught the fancy of Indians despite its stiff Rs 20 lakh price tag, the Fiat 500, although cheaper by Rs 5 lakh, has sold only 68 units in two years, since its launch in July 2008. In comparison, the Beetle has sold over 284 units in the last five months.

A company executive said Fiat India had sold 65-68 units in nearly two years. This is dismal compared to sales of few hundreds of units that were estimated by the company at the time of launch of the vehicle. It is being imported from Turin and is being sold in India as a completely-built unit, thereby attracting an over 100 per cent import duty.

“The market for such pricey products is extremely niche and the cost-conscious Indian customers are always looking for a value for money product. Hence, there are few takers for a small car at that exorbitant price,” Rakesh Batra, national leader (automotive practice), Ernst & Young said.

According to an industry expert, despite having been a success globally, Fiat 500 has failed to meet the company’s sales expectations in India, as it shares the same diesel engine of Grande Punto and Fiat Linea, the other two less expensive products in the company’s portfolio here.

“Since Fiat 500 directly competes with Grande Punto in the compact car category, people looking for a Fiat car might well go for the latter, at nearly Rs 10 lakh lesser than the cost of Fiat 500. Moreover, the diesel version of company’s only sedan, the Linea, could be another option at Rs 7.27 lakh. Hence, there is a clear case of cannibalisation of Fiat 500 by Punto and Linea,” he said.

However, the company maintains that the vehicle has managed to enhance the brand image of Fiat in India. “Fiat 500 has helped us tremendously in our overall branding exercise because of significant road presence of the vehicle in India,” added a Fiat official.