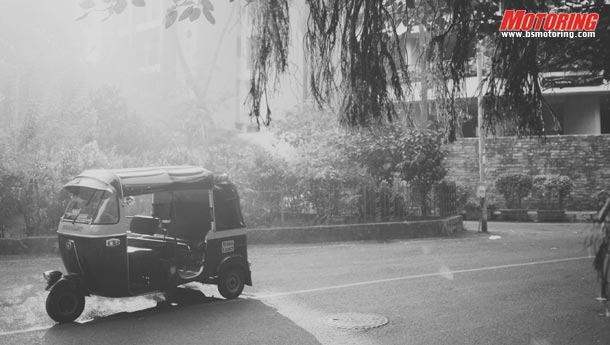 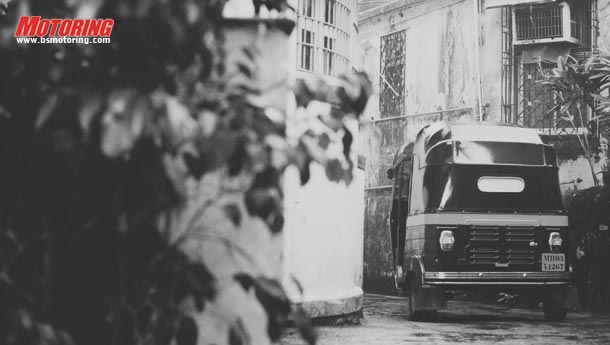 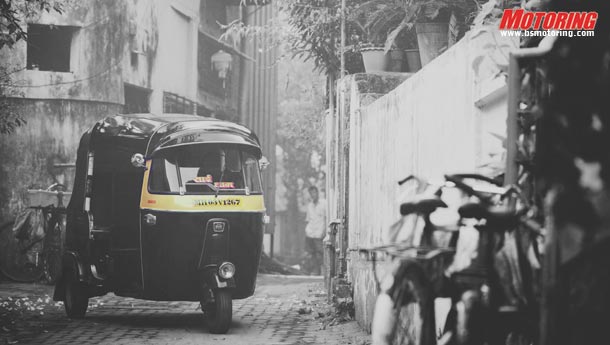 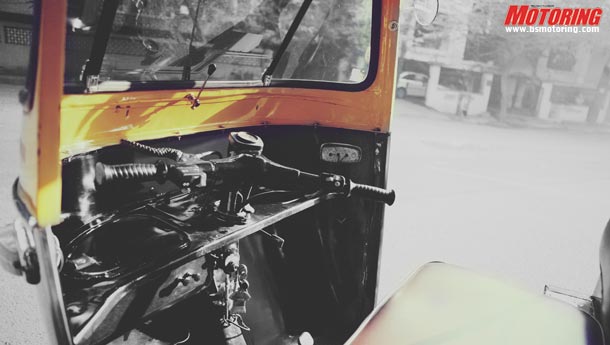 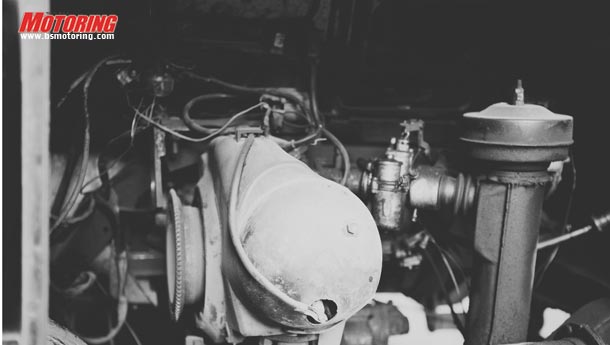 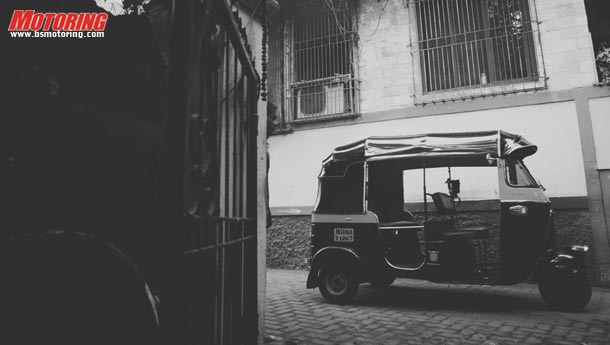 My first lesson in three-wheeled vehicle dynamics was quite hands-on. In fact, a bit too hands-on. Back in my kindergarten days, there was a brief period when I had to commute in this three-wheeled oddball to go draw doodles at KG. It was a common sight to have quite a few toddlers packed inside these rickshaws, arranged rather creatively in what was designed to be a self-supporting structure. Toddlers stacked in the luggage space behind the seats, on the main seat and on the fold-outs – basically any place the driver could find. Unsafe? Yes, but it’s not like there was an option. One fine day, while heading back from drawing doodles, the driver discovered his meagre driving...er, riding...er, driding skills were no match for the laws of physics. Into a corner at a fair clip, he first realised one of his rear-wheels was up in the air, quickly followed by the uncanny feeling that the other wheel might be too and then, when face met road, he must have realised the front wheel had done the same. Drat! Dragging along the pavement in our self-supporting structure, it strangely felt like what we had only heard of – a crash. We were unharmed and probably a bit upset about the crushed bottles but we were shortly offered lots of candy, samosas and ice cream to keep mum. I demanded doubles and yet, animatedly, described the entire episode to my mom. Needless to say, the following day, the driver encountered one of the fiercest forces in nature – a bunch of angry mothers. Three wheels equals inherently imbalanced body. Point noted.

Post-war Italy was indeed a tough time, but looking back, it led to the creation of some of the most fine-looking Italian designs ever. Designs which are relevant to this day and unlike an exotic supercar, these machines were functional, used every day and built to a cost. So, when Vespa designer Corradino D’Ascanio came up with an idea to build a light commercial vehicle based on the Vespa for post-war Italy, Piaggio immediately showed interest and out came the Ape. Essentially, this ‘TriVespa’ was a Vespa scooter with a flat-bed and three wheels. And that was the genesis for the auto rickshaw. As models evolved, things like the driver cabs, swoopier styling and more functional gear were added, but the formula remained the same. Our very own Bajaj Auto, seeing Piaggio’s overwhelming success, started manufacturing their own rickshaws under license from 1959 – thus was born the auto rickshaw we Indians love to hail down with an ‘Ay auto!’

Entering the cabin, the first fundamental question that pops up is – do you ride one? Or do you drive one? Maybe you dride it. Quite weird when you get into the driver’s side for a change – it’s a familiar place, yet not quite. The comforting factor is that it still feels like an enclosed scooter, thanks to the scooter handlebar, shifting operation and foot brake. The bad thing is that the same familiarity will unconsciously make your brain try and predict its dynamics, and that’s where the fun begins. You’d expect this thing here to be slow and puttering around at half a kilometre an hour, breaking all known sound limits and choking itself in a cloud of its own blue smoke. You’re spot on. Okay, it’s not that bad, and this particular rick we were in was quite old, so everything had a bit of...er, character to it. The 150cc two-stroke motor rations power, as if it’s still stuck in the post-war era and the power band, a zone of faint forward movement, could well be measured in seconds. Count to four, shift up, for three times up the gears and that’s about it – here, velocity is at a premium. I totally think there should be fatties surcharge, despite the fact that I am one – every extra kilogram counts.

It was then that I realised why these drivers avoid stopping for pedestrians or stoplights – it’s so darn boring getting up to speed again! Not that you would want it to, because the front is like a pogo stick but without any of the springy bits, so it’s just a...er, metal stick that provides some unreal amount of feedback from the road – every bump, every undulation, every rut is hammered onto your hands, whether you like it or not. Telepathic? Not quite. More like telepathetic. The steering reads the road so well it follows its every move, but then when you turn it into a corner, it vaguely moves the rickshaw in some direction, not necessarily the one you’d want, in between threatening to turn turtle if you try anything adventurous.

Ours was a well-run machine with its own set of quirks. If, like a normal person, you have a knee, braking while turning right is impossible. Unless you chop your legs or sit with half a bum off the seat, like the rickshaw guys do. The foot brake is high enough to need some amount of planning, while the lock-less steering never stops turning, so yes, I clipped and ran over a divider, much to the discomfort of the driver sitting on the passenger seat. Like any machine, its nuances grow on you and you tend to enjoy it more once you’re comfortable with it. Even with all its quirks, it brings a smile to your face when you dride it, because you know that it’s doing its best. One thing that’s hard to get used to is the hand starter, a painful device that shreds palms and, occasionally, starts the engine. On one instance, I tried for ten minutes, failed, then the rickshaw guy tried for  another fifteen and then he eventually gave up and ran off to get help. Srini found all this terribly interesting and funny, logging all this on a video camera, with the occasional cuts to ‘100 things to do in Chembur, Mumbai, before you die’. Turns out the problem was a stupid secondary cut-out installed behind the handlebar. Bummer. As for the looks, like the other post-war masterpieces – the Fiat 500 and the Vespa – it’s got flair to it and beauty as well, even though you probably take it for granted, seeing the same design too

It’s a masterful lesson in using your resources to the fullest, to the best effect. Use parts you have at hand as much as possible, craft an uncomplicated yet elegant vehicle and make it more useful than a Swiss Army knife in the hands of Bear Grylls. By the time the Second World War had ended, things in Europe looked bleak but this ‘bee’ as the Italians called it, was built for tough times and altered how we looked at small sized public transporters forever. There’s just as much character in driving it as there is in its appearance – it’s far from perfect, but then, ‘perfect’ is a relative term. It does its job well day-in and day-out and being fundamentally unchanged from its core engineering principles laid down 60 years ago, is a bigger testimony to the rickshaw than anything else. So, it turns out, besides MV Agusta, Monica Bellucci, Armani, the pizza, the Fiat 500, Valentino Rossi and a whole lot of other things, we have one more thing to thank the Italians for. What a terrific bunch of people – fantastico!