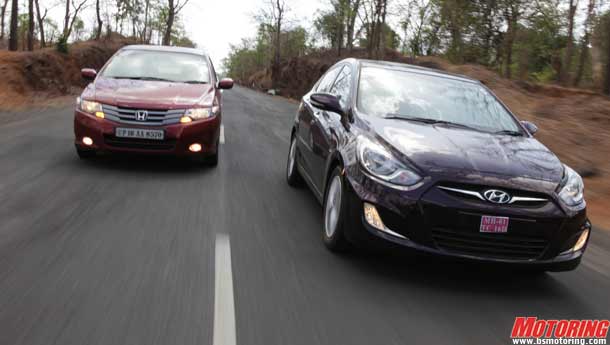 It’s a given fact that the finance minister (FM) will levy higher taxes on the auto sector. However, it’s the quantum that will determine what happens to the stocks. Going by the conflicting noises emanating from the corridors of power, the analyst community is debating on what the quantum would be. So, what are the different scenarios the market is expecting?

The initial expectation was the general excise duty structure would revert to pre-crisis levels of 12 per cent. However, given the current deceleration in passenger car sales, analysts believe, such a step is unlikely. A general increase of two per cent on passenger car sales is, therefore, not likely.

The FM may tax the sector rather selectively, depending on the performance of the category. Clearly, from this perspective, diesel cars will be taxed more. Analysts say there will be a flat levy on both diesel utility vehicles and passenger cars. Different brokerages are flagging off different numbers. Deepak Jain of Sharekhan believes, the government would impose a levy that would take away the cost savings people are able to enjoy while buying a diesel vehicle. This would place both petrol and diesel variants on par with each other from a cost point of view. Jain estimates passenger cars to see an additional levy of Rs 60,000, closer to Rs 80,000 for UVs.

Morgan Stanley cites the petroleum ministry’s demand for an additional levy of Rs 80,000 on diesel vehicles, while giving its estimates on diesel tax. As a base case, the foreign brokerage is expecting Rs 25,000 duty for diesel UVs, which could push up prices by three-four per cent. While this could slow demand for diesel vehicles in the short-term, the long-term fuel economics would not really deter buyers from diesel vehicles. However, the bear case for Morgan Stanley includes a two per cent increase in excise and an additional diesel duty of Rs 80,000 on vehicles. If this happens, it would be negative for the UV and diesel car makers as prices would trend up by 13-17 per cent.

Another scenario that analysts are anticipating is a selective two per cent increase in excise for two-wheeler makers. However, this would be beneficial to the two big players Bajaj Auto and Hero MotoCorp. Given that Hero MotoCorp derives 33 per cent and Bajaj 20 per cent, respectively, of their total output from tax-free zones, an increase in excise would result in an across the board price hike. This would result in increased realisations from production from tax-free zones. So an increase in levies would mean higher realisations for these companies. So, a higher levy of excise duty in this case would be beneficial for the company's bottomline.