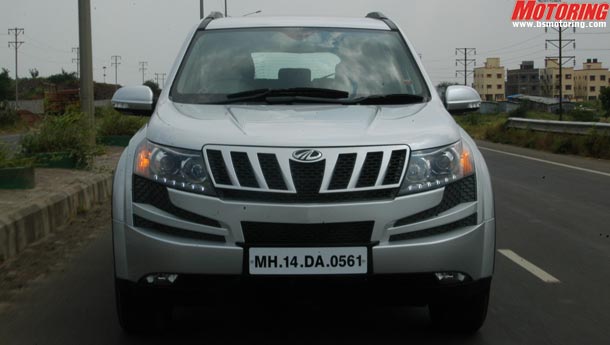 The problem with automobile advertising is the intrinsic rigidity in the category promise — which is either “The most fuel-efficient way to travel from Point A to Point B”, or “The fastest way to travel from Point A to Point B”. The basic assumption being, no other promise can really hope to create even the minutest impression on the consumer. The first proposition will end up with a lot of happy family situations, and the second long legs in mini skirts. In other words, creativity in brand communication is forced to blossom within the narrow confines of the category promise. The result? Auto ads that are either to-the-point, functional and dry, or they are highly exaggerated and largely visual in their appeal.

It is precisely because of this that the new commercial for Mahindra & Mahindra’s premium SUV, the XUV-500, catches one’s attention easily. It has been designed as a fun campaign focusing on the experiences of the user. “The XUV is designed as a global vehicle, it is cool and trendy in terms of styling. The advertising, therefore, needed to have a global appeal,” says Vivek Nayer, senior vice-president, marketing, automotive division, Mahindra & Mahindra. “The brief given to the advertising agency was to bring out this global aspect. We wanted the advertising to be based on solid consumer insight and clutter-breaking in its execution.” To this end, Interface Communication, which has conceptualised the campaigns for all the brands from the Mahindra stable, came up with a mini-movie around the idea that people today aren’t happy accumulating wealth. Living a life rich with experiences is what they pine for.

So the TVC starts with two men having dinner at a restaurant when one of them gets visibly disturbed by the sight of carrots. He goes on to recount his experience when he was led by a bunch of attractive young women into a jungle. While he was happy to accompany them in the beginning, he soon realised his folly — the girls were actually planning to use him as an ingredient in their carrot soup. Thankfully, one of the girls took a liking to him and rescues him in the XUV. The TVC ends with the voiceover, “May your life be full of stories”.

“Everyone wants to listen to people who have interesting stories to share,” says Joe Thaliath, COO, Interface Communications. “They take us out of our mundane existence and promise us a life that we could live if we only we have the courage to venture into the unknown. So the creative idea revolves around life’s stories.” Adds Nayer, “The lifestyle of Indians is changing big time. A lot more people are travelling, not just in India but abroad as well. Keeping that in mind we went ahead with this ad which we thought has the right blend of humour, adventure, sex appeal and class.”

Nayer describes the target for the brand as a person who is well-travelled and leads an international lifestyle. The car’s features are designed accordingly. The SUV comes with a high-end, full-touch entertainment screen, an electronic stability programme with rollover mitigation, a GPS system, six airbags and mood lighting. The styling has been inspired by the cheetah, with the front grill imitating the cheetah’s jaws and the handle looking like its paws.

The team at Mahindra spoke to existing SUV customers and collected data on new trends. It was through this exercise that the company realised that in most social gatherings it is not the status or money that makes a person the centre of attention, but his experiences, stories and anecdotes. “The tag line for the brand is not just another tag line; it’s almost a wish, a blessing —‘May your life be full of stories’,” adds Thaliath.

Mahindra & Mahindra has a lot riding on the XUV 500, which is positioned between its own Scorpio and the premium SUV range comprising the Toyota Fortuner, General Motors’ Captiva, Mitubishi Outlander and the Honda CR-V. With a 60 per cent market share in the SUV segment, Mahindra is the leader and sells around 1.60 lakh units per year. The total utility vehicles market, comprising of both multi-utility vehicles and sport utility vehicles stand around 3 lakh a year.

At the launch of the XUV 500 the company said the new vehicle would “redefine Mahindra & Mahindra as the Scorpio did nine years back”. With an initial price of Rs 10.80 lakh-Rs 12 lakh against General Motors’ Captiva and the Toyota Fortuner, which are priced at around Rs 19-20 lakh, the XUV 500 did make the company’s intentions in the segment quite clear.

Incidentally, none of these features are touted in the TVC. According to Thaliath, “This vehicle doesn’t look like any other SUV in the country. Its design and technology rivals the very best in its category, anywhere in the world. And for a vehicle targeted at the evolved and the arrived, we took it for granted that the consumer will know how the XUV 500 compares with the best in class. So no point in talking features.”

That the features and styling have found a favourable following is proven from the sheer number of orders. Since its launch (in five cities) on September 29 last year, the XUV 500 received over 8,000 bookings in just 10 days, post which Mahindra & Mahindra suspended new bookings in October citing inability to meet the demand. The company opened the second phase of booking from the January 25 to February 3 in 19 cities, including Chennai, Bangalore, Kolkata, Ahmedabad, Kochi, Nagpur, Chandigarh, Trivandrum and Nasik. The company has also raised the prices of XUV 500 effective January 1, 2012, with the three versions of the SUV becoming costlier by Rs 30,000, Rs 50,000 and Rs 55,000.