With a little over 5.26 lakh visitors, Auto Expo fails to pull crowds 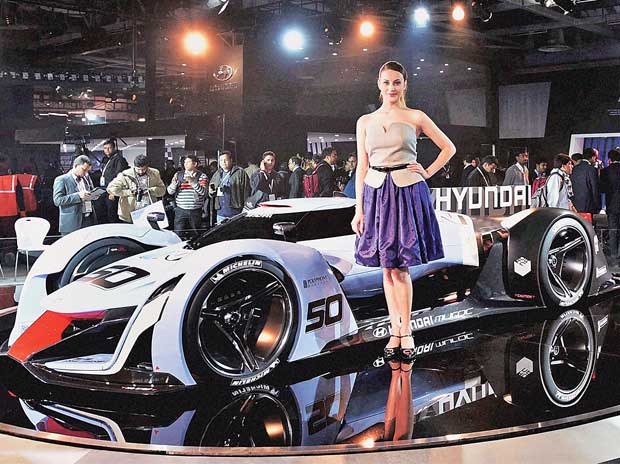 Auto Expo, India’s largest auto extravaganza, came to a close on Tuesday. However, the 13th edition of the event has not been as big a hit as the previous ones, going by the number of visitors and the launches that happened outside the Expo.

The week-long biennial event — promoted by the apex automobile lobby body Society of Indian Automobile Manufacturers (Siam) and the Confederation of Indian Industry — has been dubbed as a ‘non-event’ by some industry insiders. Against Siam’s expectation of 600,000 visitors, Auto Expo witnessed only 526,914 general visitors.

The turnout was not only below organisers’ expectation but was also lower than the last show’s turnout. In 2014, there were 546,000 visitors under the general category.

This is despite the fact that the number of launches or unveilings has only increased during the years. In this year’s Expo, as many as 108 new products were either unveiled or launched by 65 manufacturers across two- and three-wheelers, car and sports utility vehicle (SUV) makers and commercial vehicle makers. In comparison, only 69 launches and unveilings had taken place in 2014 by 53 manufacturers and 47 launches and unveilings in 2012, according to Siam. Expos held prior to 2014 are not comparable as their footfalls included those for the Auto Component Expo as well. While the 2012 event saw 750,000 visitors, the 2010 edition had witnessed two million visitors.

In absolute terms, the number of launches might have been higher. But, this time around, several large auto companies launched or unveiled their products outside the Auto Show. Volkswagen unveiled its Ameo ahead of the Expo; so did Royal Enfield with its Himalayan model.

Notably, several auto companies stayed away from the Expo this time, citing higher costs as the reason. Also, the Expo was moved out of Delhi and to Greater Noida, about 50 km away, to add more space and accommodate more companies. A Religare Capital note termed the event a ‘no-show’ as far as the two-wheeler companies were concerned.

With the exception of Honda Motorcycle and Scooter India (HMSI), the third largest two-wheeler manufacturer, no other two-wheeler company was able to raise excitement levels among the visitors. HMSI showcased and launched a new concept called Navi, an automatic gear motorcycle, which is inspired by the conveniences offered by a scooter.

No mass-producing passenger car brand, with the exception of Fiat, commercially launched its product at the expo this time. Maruti Suzuki, General Motors, Hyundai, Tata Motors, Honda, Toyota Kirloskar, Renault, and Datsun — to name a few — only unveiled their products; they did not launch them.

Amongst them, only the Vitara Brezza from Maruti Suzuki, the sub-four-metre compact  SUV, raised interest amongst visitors, even as one of world’s largest auto makers, General Motors announced its entry into this space with the unveiling of the Essentia, a compact sedan rivalling Maruti Suzuki Dzire, went nearly unnoticed.

Wilfried Aulbur, managing partner, Roland Berger India, said, “It was a good auto expo at a standard, which is adequate though it is dramatically better than earlier years. Yes, there were no major car launches that stole the show. But, there were some interesting concepts for alternative fuel showcased by Maruti Suzuki, Tata Motors, Ashok Leyland and JBM, which showcased and electric bus. It was interesting to see the focus shifting to zero-emission technology.”