Auto sector likely to grow by 6-7% this fiscal: Tata Motors 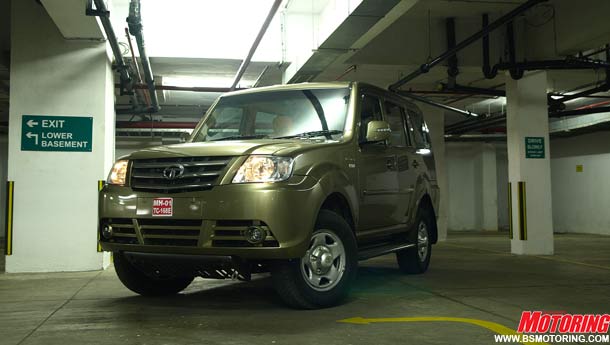 Tata Motors today said it expects automotive industry to grow at 6-7 per cent rate this fiscal, against 9-10 per cent in the last fiscal.

"Our estimate is that the market will grow at 6-7 per cent compared to last year," Tata Motors Vice President for Passenger Car Business Neeraj Garg said while unveiling the all terrain Tata Safari Storme SUV here.

The high-end model of new SUV comes at price of Rs 13.91 lakh, while the entry model is priced at Rs 9.95 lakh in Gujarat.

"The utility and sport utility vehicles market has grown by 31 per cent in the past seven months compared to same period last year, which is the fastest growing segment," he said, adding Tata Motors has sold close to 30,000 UVs this year so far.

Tata Motors had launched the first SUV in 1998.

Since the launch of the Safari Storme last month it has received close to 1,500 bookings.

In regards to Gujarat, the company said the total market size of UVs and SUVs in the state stood 19,000 units last year.

According to company estimates, the UV and SUV market in Gujarat is expected to be of around 2,000 units per month this year.