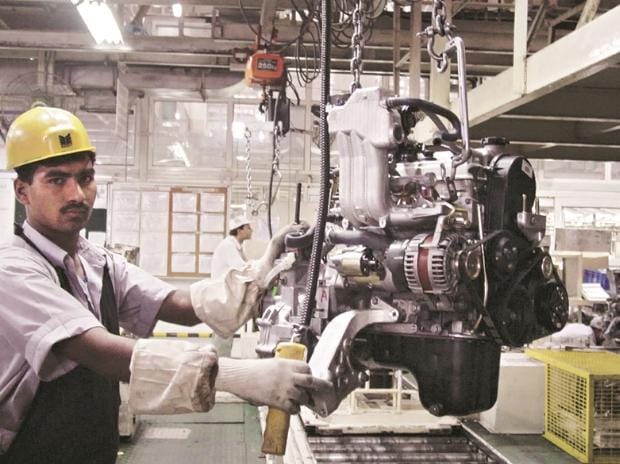 
Data from the Society of Indian Automobile Manufacturers (Siam) show that Ford India exported 82,347 units during H1 FY18 (up 11.5 per cent on a year-on-year basis) while it sold 45,472 units in the domestic market (down two per cent). Ford has exported 64 per cent of its India production during this year. It exports the EcoSport, Figo and Figo Aspire to Latin America, West Asia and Africa.


As sales of Figo (hatchback) and Aspire (sedan) failed to gain traction in the domestic market, the company turned its attention to exports. Figo exports swelled 214 per cent, or more than threefold, to 49,901 units in 2016-17, while that of Aspire went up 160 per cent last fiscal. As a result, Ford’s Sanand plant is humming, catering primarily to export markets.


Similarly, General Motors India, which is on its way to exit the domestic market by this year-end, sold only 2,500 units in India (part of inventory clearing) from April to September. GM has seen its exports go up by 47 per cent to 45,222 units during the same period. It exports the left-hand drive Chevrolet Beat from its Talegaon factory near Pune.


Data further show that GM has lost significant market share in India—from 3.23 per cent share in FY14 to 0.85 per cent at the end of FY17, and by selling just one unit in September, the market share now is literally zero.


Nissan Motor India, too, has been using its Chennai plant for exports. During H1 FY18 Nissan exported 32,198 units from India while it sold 26,650 units in the domestic market. In fact, Nissan’s exports during this fiscal has been down 35 per cent YoY, as the company has shifted the base for its Micra (hatch) to France from India. Since the beginning of its operations in India, Nissan has exported over 700,000 cars to 106 countries and has always treated India as a manufacturing base for its global markets. Apart from the Micra, the company exports the Nissan Sunny, Datsun GO, Datsun GO+ and the Datsun redi-GO.


The Japanese carmaker, however, has not shifted its focus from the domestic market and has recently said that by 2020 it aims to grab a five per cent share of the Indian market.


The Indian subsidiary of German auto major Volkswagen, too, is enhancing focus on exports—it exported 50,410 units during H1 FY18, up 17 per cent while it sold 24,289 units in the domestic market. Volkswagen exports to around 35 countries, of which Mexico has the largest share.