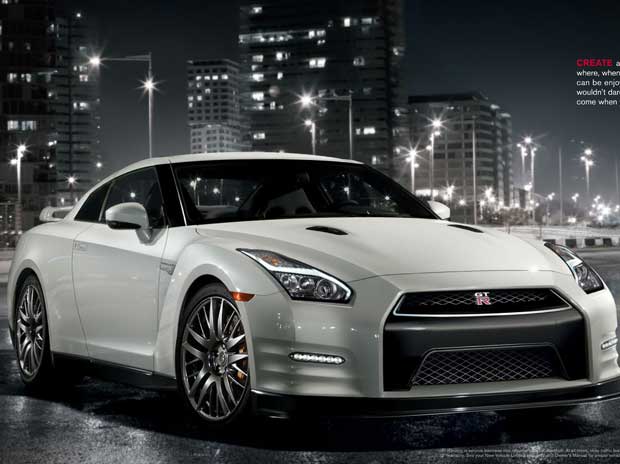 In a world where brands are owned not bought, these automobiles are akin to cult leaders. Neither age nor price dims their allure. Nissan GTR, Ford Mustang, the Beetle from Volkswagen and Fiat's Jeep, brands that have been immortalised in song and poetry and have a large fan following worldwide are coming to India as their companies look to leverage their star status and breathe fresh life into their enfeebled portfolios in the country.

Early this month Ford, whose growth numbers slipped below the industry average last financial year, unveiled its most eyeballed product till date, the Mustang. Priced at Rs 65 lakh (ex-showroom, Delhi) the car will be launched soon and compete with the BMW Z4, Audi TT and Mercedes-Benz SLK. Japan's third largest car maker Nissan, which has had limited success in India is bringing GTR, a sports car, affectionately known as Godzilla. While pricing details are still not known, the car is expected to go for more than Rs 1.5 crore.

In December, Volkswagen launched the Beetle in the country; priced at Rs 29 lakh, the company hopes the car's nostalgic appeal will build an emotional connection with the rest of its brands. And Fiat, which owns Chrysler and thereby the iconic Jeep will soon launch it in the country, hoping to gain from the brand's strong global appeal. Companies hope that the myth around these brands will rub off on their entire portfolio.

These cars are known as 'halo' brands. The halo effect is a marketing term used to explain the bias some customers have towards certain products because of a favourable experience with other products made by the same manufacturer. The effect transcends age and geographical boundaries.

"Some cars are known to form a relationship with people across generations, Beetle is one such," said Kamal Basu, Head, marketing and PR, Volkswagen Passenger Cars. He says that the car is timeless. "Such strong iconic symbolism helps keep our consumer base engaged around the brand in India," he added. 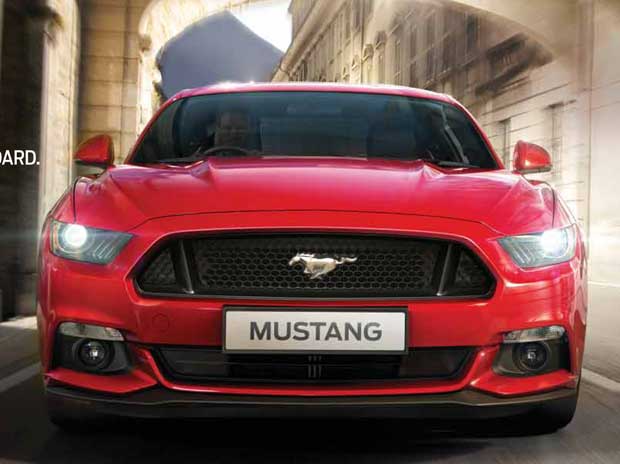 Mustang holds out the same hope for its maker, Ford. Its debut coincides with Ford's six per cent rise in volumes last financial year, slightly below the industry's seven per cent but half that of market leader Maruti Suzuki. Anurag Mehrotra, Executive director, marketing, sales and service, Ford India, said, "The Mustang will shine a bright light on the blue oval and help demonstrate our potential." World over Ford is known by its blue oval emblem.

The GTR is to Nissan what the Mustang is to Ford and is also expected to lift its makers' fortunes in India. This is not the first time Nissan is seeking succour from a halo brand. The company had introduced the 370Z, a two-door, two-seater mini sports car in India in 2009 at Rs 53.5 lakh. Lukewarm response forced the company to discontinue it in 2014.

Meanwhile, Chrysler-owned Jeep will debut in India next month. Fiat which now owns Chrysler is not looking at just expanding its global market but wants Jeep to knock its battered image in the country back into shape.

All the new models carry a super-premium price tag. Clearly these are not going to drive up sales volumes, a reality that the companies are all well aware of.

"Numbers are always important, however, it is a feeling of love and affection that drives an individual to buy the Beetle," said Basu. He believes that the model is a strong pillar in its product line-up. 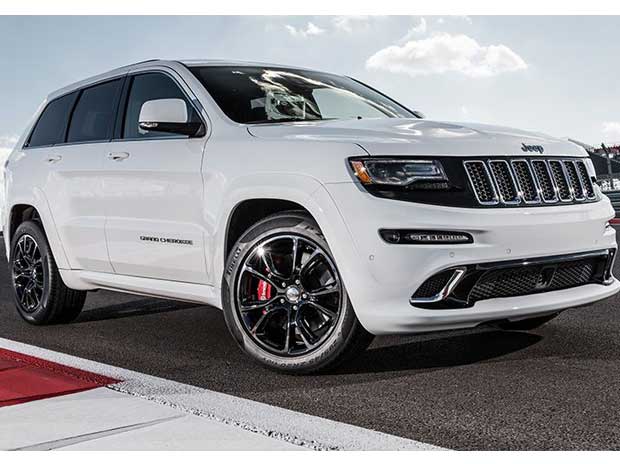 It is the impact of these brands on the product line-up that the companies are concerned about. Ford's Mustang launch comes at a time when the American car maker has replaced its older generation models with refurbished versions that appeal to the young. While many may baulk at the price of a Mustang, few will be able to resist the aura that rests around the brand and this, Ford hopes, will cast an iconic net over all its products. At present, with the exception of the mini SUV EcoSport, the newly launched Figo and Figo Aspire together sell as much as the EcoSport - around 4,500 units a month. In comparison the Maruti Suzuki's Swift Dzire (competition to the Aspire) sells 18,000 units a month.

Nissan GTR is in the same league as Porsche 911, Maserati Gran Turismo and Audi R8. Nissan, which is phasing out struggling models like Micra and Sunny and plans to launch about half a dozen global models in India by the turn of the decade, hopes the GTR will give its image a big fillip. Nissan saw a 17 per cent decline in volumes last financial year according to Society of Indian Automobile Manufacturers (SIAM) and has a market share of just 1.4 per cent.

Volkswagen has a better brand exposure in India. Both Polo and Vento enjoy great recall, but the Beetle could help forge a more lasting relationship with car buyers. For Jeep, the expected price tag of around Rs 40 lakh (for Cherokee) will be a deterrent, but the brand that names an entire category could help pull Fiat out of the doldrums that it finds itself in today. As the auto majors pin their hopes on these models, it is time for the halos to shine brighter.