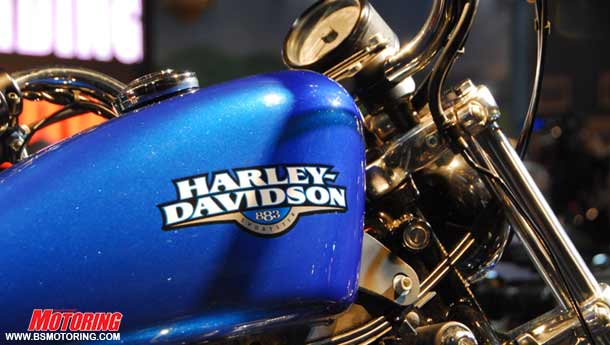 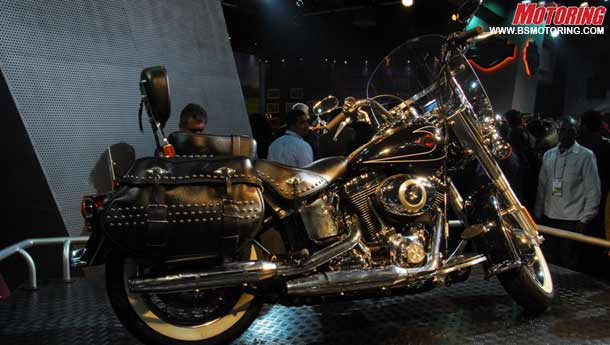 Harley-Davidson announced their motorcycle range in India at the 2010 Auto Expo in New Delhi. The 12 motorcycles, chosen from each of H-D’s five model families, range from Rs 6.95 lakh to Rs 34.95 lakh (ex-showroom, Delhi), and are from the latest range of 2010 models that Harley sells worldwide. Displayed at the Harley-Davidson pavilion is a Fat Boy model custom-painted with hues from the Indian tricolour, and will be their first motorcycle to be sold in India.

Booking for the motorcycles are to begin in April 2010, while deliveries will commence from July 2010. The company aims to open five dealerships across India in the coming year with New Delhi, Mumbai, Bangalore, Hyderabad and Chandigarh being the five chosen cities.

Known for their evocative riding experience and unique sound, Harley-Davidson motorcycles never fail to attract attention and the Auto Expo is no exception. The audio-visual presentation at Harley-Davidson’s pavilion depicts myriad scenes of the iconic motorcycles against various backdrops - as one would expect from a company that sells motorcycles in more than 70 countries.

However, one has to wonder if these iron horses will win the hearts of Indian enthusiasts and create the biking culture that seems to sprout wherever Harley-Davidson sets up shop. “Of course,” says Anoop Prakash, managing director, Harley-Davidson India. “Harley-Davidson already has strong brand value in India and we aim to consolidate and build on that image. And as is the case with the rest of the world, we will actively promote the philosophy of biking brotherhood through rides, rallies and so on, because that sense of community is an integral part of the Harley-Davidson experience.”

This is also the reason, he says, that 12 models spanning a broad spectrum were selected for India. “In the surveys that we conducted and from feedback received during the Boot Camps and Founders’ Rides that we organised in various cities, it became clear that our motorcycles appealed to a diverse range of people between 18 and 60 years of age. Naturally, the motorcycle range had to reflect and live up to that diverse appeal.”

Typically, the main function of imported motorcycles in India id to act as flagships, enhancing the brand value of the company and drawing in more people into the showrooms to buy much smaller motorcycles. Harley-Davidson has no small motorcycles and has no intention of having any. Their appeal may be high, but so are the prices and the motorcycles remain a privilege for the wealthiest. However, that is not a concern for Prakash who says, “We’re here for good and to do good.” Says it all, doesn’t it?