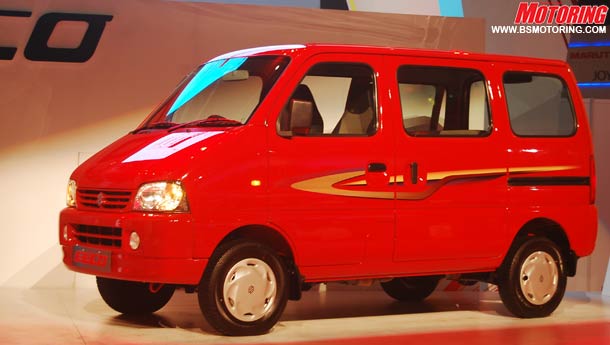 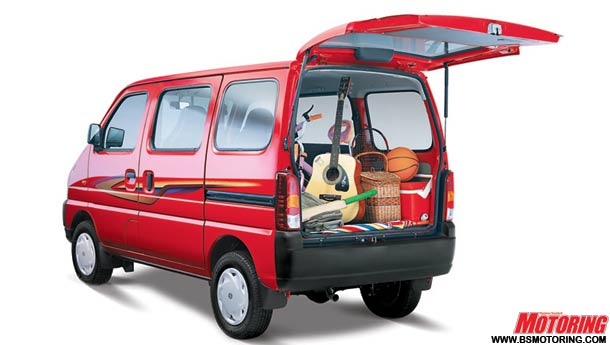 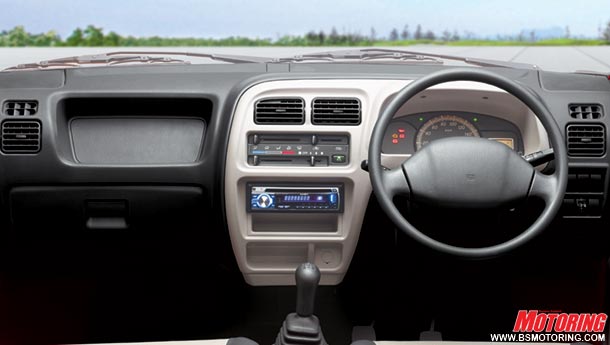 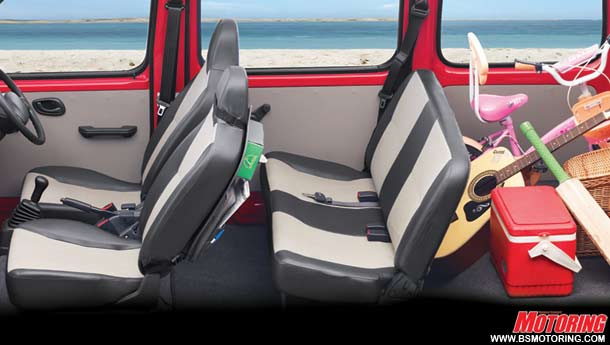 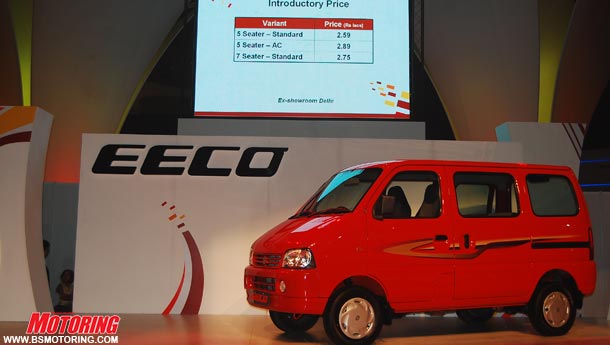 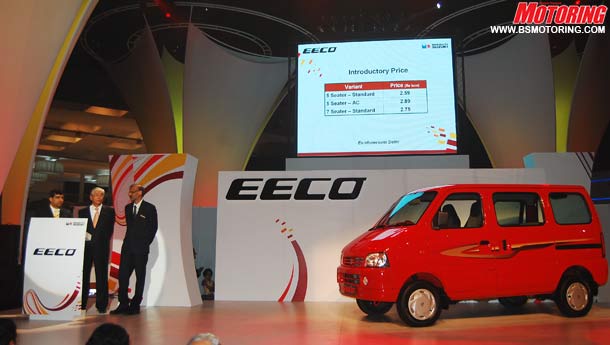 The nation's largest carmaker gave the Versa people mover an extension of its life by giving it a new engine and a new name. All right, they also gave it a few minor design changes. Though Maruti Suzuki says it's an all-new car, it will be difficult to accept it.

Called the Eeco, the manufacturer says that it is a five-door vehicle designed for India, and they have spent about Rs 60 crore on its development. The Eeco comes with five-seater and seven-seater options. The aim, according to them, is to achieve twin objectives - of being a spacious family car and a dependable business vehicle.

The biggest and most significant change in the Eeco is the new engine, and for that it should thank the Versa. The 1200cc four-cylinder motor makes 73 bhp@6000 rpm and

10.4 kgm of torque at 3000 rpm. And it meets the upcoming BSIV norms. Now you would think it's the new K-series engines that powers the A-Star and the Ritz. Actually, it's the old G-series 1.3-litre Esteem engine that has been downsized to 1.2-litres and has been tweaked to meet the new emission norms coming up this April. Changes include a new injection system, Nox sensors and altered compression ratios.

Business Standard reporter Swaraj Baggonkar adds that a CNG option of the Eeco will be introduced in the future.

BSM staffer Rohin Nagrani adds that this engine is likely to be fitted into the Wagon R instead of giving it the new K-series motor.

Back to the Eeco. Other than the new engine, the Eeco also gets a new five-speed gearbox, featuring what Maruti Suzuki calls the Diagonal Shift Assistance Technology. Essentially, it makes diagonal gear changes easy and improves gearshift quality. The gearbox has been adapted from the one found in the new Estilo.

As far as the appearance of the Eeco is concerned, Maruti Suzuki has chopped the high roof of the Versa. They have given it minor design upgrades including clear lens headlamps, fog lamps, a spacious and flat loading bay and dual tone interiors. The front seats are one-piece, like in the Hyundai i10, which incorporate the head-rests. The Eeco runs on 155 R13 LT tubeless rubber. Available in six colours, Maruti Suzuki claims that the Eeco will offer 15.1 kpl.

Does the introduction of the Eeco mean the Omni is on its way out? Perhaps...