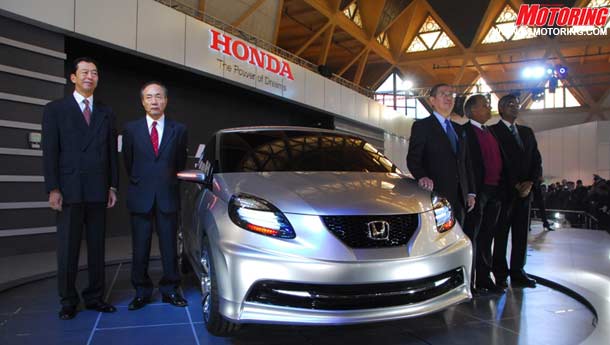 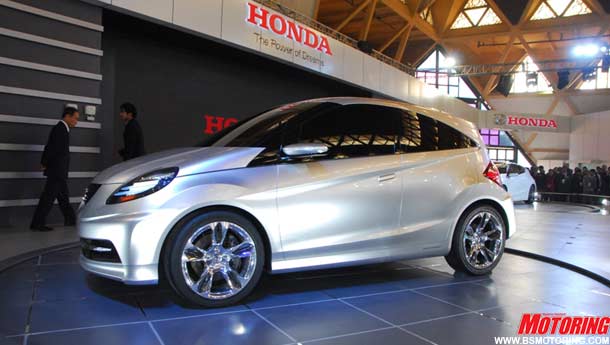 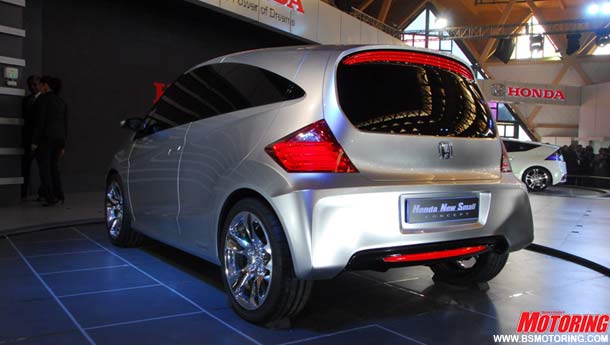 Honda carried out the global unveiling of its India-specific small car concept, for now known simply as the Honda 'New Small'. The car is slated for a 2011 release in India and Thailand.

The design language of the car looks all-new, with extensive use of LED lights. While the grille does resemble that of the Honda Jazz, the overall shape of the car is from a new school of design altogether. The concept sports a raked C-pillar, and clam-shell bonnet, with a nice waistline that merges midpoint with the hatch glass.

It is believed that the car will come powered by a 1.0-litre VTEC engine, while the 1.2-litre engine from the Jazz is also a possibility. The car will take on the likes of the the i10 Kappa, Maruti Swift and base versions of the i20.

Also at the Honda bay was the CR-Z concept - the first sporty hybrid to sport a manual gearbox.