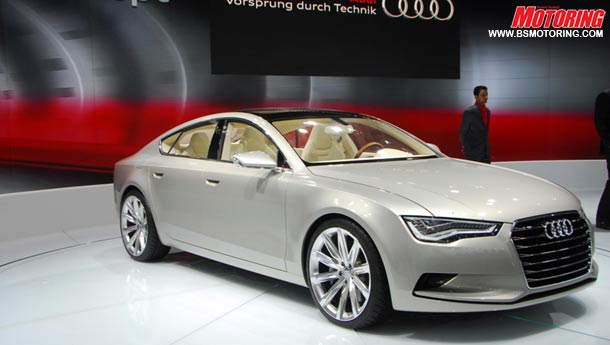 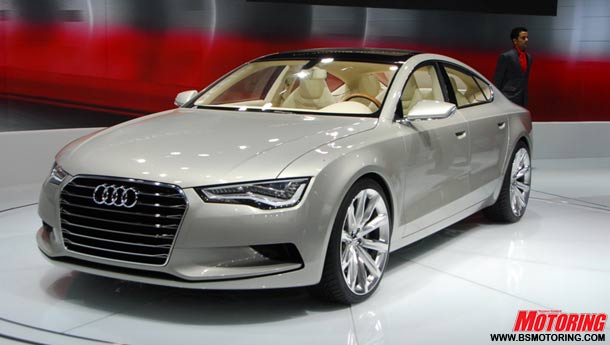 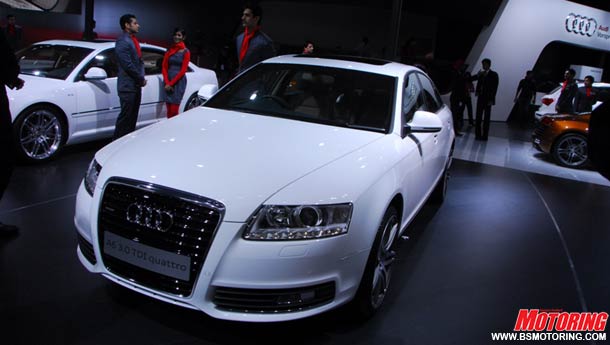 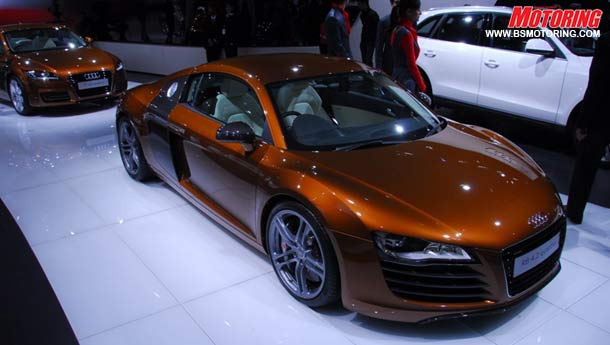 The Audi stall at the Auto Expo has been buzzing with a lot of activity. The German manufacturer has announced that the A7 Sportback will be going into production internationally and will be on sale in India by 2011. Powered by a 3.0 litre V6 diesel, the Sportback gets to 100 kph from standstill in less than 7 seconds and the top whack comes at about 245 kph. The 4.2 V8 TDI diesel Q7, perhaps the most powerful diesel SUV, has been launched at the Auto Expo with a price tag of Rs 65 lakh and will be in showrooms by the April 1st, 2010. Speaking of showrooms, Audi has also planned to expand its dealer network from the current 12 to 17 in the coming future.

Audi has also slashed the price of the A6, with the Limited Edition 2.7 TDI, at Rs 37 lakh ex-showroom Delhi at the Expo. We spoke to Audi management – Benoit Tiers, MD Audi India and Peter Schwarzenbauer, member of the Board of Management of Audi AG – at the Auto Expo. They said that Audi sold 1,650 units in India in 2009 and expect to sell 2,300 to 2,500 units in the country this year. Globally Audi sold 925,000 vehicles and plan to double this figure by 2015.

The new A8 is also expected in the country by the end of 2010. The A8 will get a flagship 12-cylinder version internationally, and this version will be positioned differently from the other models in the A8 range. The 12-cylinder A8 will have its European launch by the end of the year. The Audi management also told BSM that they sold 20 R8s in the country and expect 10 to 15 more units to be sold in 2010. This could include the V10 FSI as well.