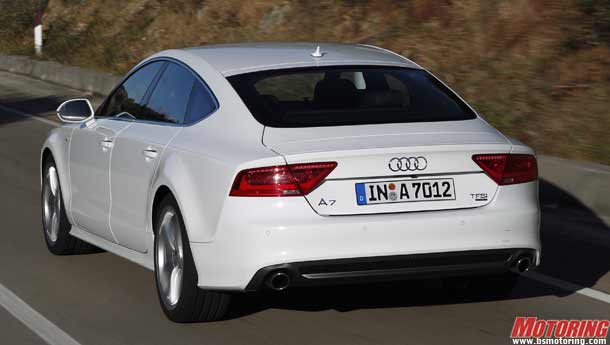 As the third-largest German luxury car manufacturer in the country, Audi may not be in the limelight as far as the slugfest between Mercedes-Benz and BMW is concerned, but it’s catching up with its German peers rather quickly. By the end of 2010, Audi will have sold over 2,700 cars, about 50 per cent up on last year’s 1,800 units.

Speaking to BS Motoring, Andre Konsbruck, executive director, region overseas, Audi said that the key to its success in India hinges on the fast-growing nature of the Indian market. Audi hopes to be growing in India at 30 per cent over the next four-to-five years.


Audi currently assembles the A4, A6 and Q5 SUV from its facilities in Aurangabad and doesn’t look to add the Q7 anytime soon. Andre says that despite enjoying good volumes, it does not justify assembling the current Q7 in India due to the model lifecycle the product is currently in. With the product about to go through a model change in two-to-three years’ time, it doesn’t make economic sense for Audi to assemble the current model here. The Q3, slated for launch next year in Europe is certainly on the cards for India and as Konsbruck says, assembly of the vehicle is a high possibility. Audi will be closely watching BMW’s X1 price and positioning strategy before launching the Q3 here.

The A8L luxury saloon will be launched here by December 2010. The 4.2 FSI V8 and 6.0 W12 will be offered first, followed by the diesels. Audi has also confirmed that the A7 four-door coupe is on the cards too and will hopefully be here by the first half of 2011.