Audi TT vs Porsche Cayman S - Used to be 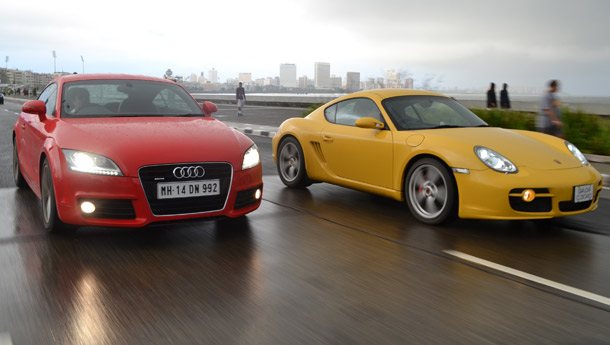 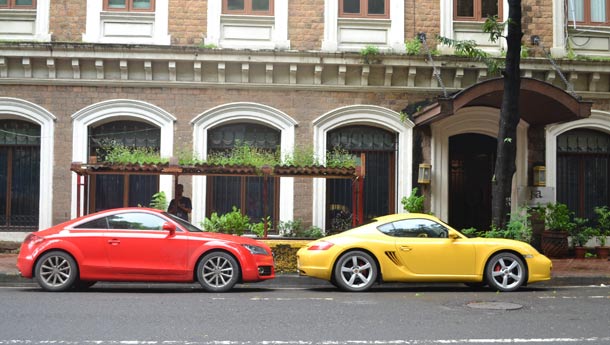 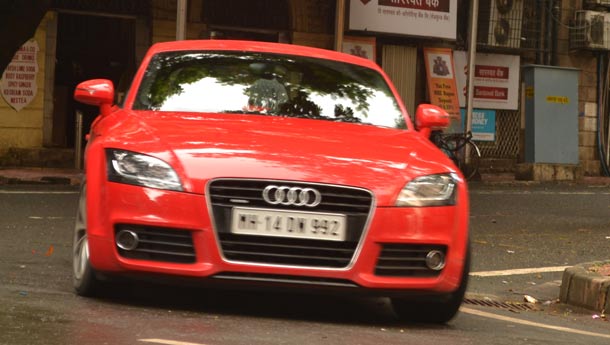 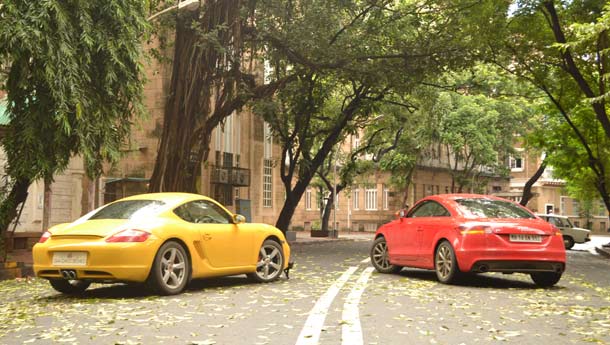 So, the press release says ‘downsizing is our new mantra’ or some such. Spiel or otherwise, the new TT is quicker than the last car. Heck, that’s despite being down on the horsepower count and costing a smidgeon less than its predecessor. Quicker, yes. Better?

Ah, that’s why we have something in the yellow corner. It’s called the Cayman S, unless you thought it’s a 911. It isn’t new, though. A 2007 specimen, this one was picked up by a dear friend for a song. A little under ` 50 lakh, this 11,000 km on-the-clock example is from Porsche’s pre-owned division, Porsche Approved. Thoroughly examined, polished and sold, this particular car didn’t need much of the ‘sprucing up’. Clean as a whistle and sorted in every which way, it turned up for the shoot for a solitary purpose: Should you buy a brand new TT or should you be turning up in something with a hallowed badge but with some miles under the clock?

To the TT then. It’s always been a bit of a design classic, the previous iteration especially. You never mistake the TT for anything else, because the Bauhaus design philosophy continues to an extent. Yet I’m no great fan of the current car – you always know it’s trying too hard to live up to the original. The Cayman on the other hand is a first-gen car and as it goes, the first-gen is always the purest. There is always a sense of purpose, something that happens when there’s a clean sheet of paper in front of you.

Slip inside and both cars are distinctly different. The TT is built around the MkV Golf platform, a car that has now become two generations old to begin with. You can feel the age on the inside with those red dials and block-ish fonts, but you can’t complain about things like build quality and that solid feeling once you slip in. Not that the Cayman can hide its age either – in fact the arrival of the new 911 and the whole Vertu central console theme really has made the Cayman age even faster. And yes, it always does take a while to figure out the myriad buttons on a modern Porsche, they are not as intuitive as you’d expect them to be. The TT is also a bit more practical – it’s a 2+2 and the short wheelbase and tight overhangs make it as easy to drive as a regular hatchback. But buying these cars for practicality is just a bonus, the proof of the pudding is in the driving.

This is where the two cars suddenly are as different as chalk and cheese. The TT’s 2.0-litre TFSi may look small and the 211 bhp sounds a bit ‘off the mark’, but it is quick. Quicker than the 3.2 VR6 TT by a second-and-a-half to 100 kph (6.4 secs vs 7.86 secs) and it’s even quicker through the gears. Yes, downsizing has clearly shown its benefits and the Haldex four-wheel drive system is just brilliant at putting all those horses to where it matters – the wheels with some awesome traction at hand. And yet, the experience is benign. It propels you to the head of the traffic, but you don’t feel the change of pace or the rapidity. The steering feels numb and too light and tightens artificially, but never enough. You are nothing more than a passenger in the proceedings, even if you’d like to believe that the car is doing everything at your beck and call. Add the muted exhaust note and you wonder why shouldn’t you be picking up that A6 3.0 T, or S4 for that matter, that’s probably just as quick and even more practical.

There’s no such feeling with the Cayman. The steering is tight all the way through and while that may be a bit uncomfortable for some, it’s magical when you need it the most. It weighs in beautifully and the steering response is predictable. Then the exhaust note is a proper, mid-engined flat-six screaming for your attention. There’s something so bewitching about the Cayman that it just feels right. Weight balance, power delivery, steering feel... there really is little to crib about. Wait a minute, isn’t it the world’s foremost sports coupé? Isn’t this then a foregone conclusion? Well, there is a way to look at it.

On a damp weekend, when you are driving up your favourite road course, the TT will get you to your destination quickly, but you won’t be reliving the moment decades later and tell your grand kids about that power oversteer or the fleeting moment you caught the car on that angled bump on the crest. That’s something you would with the Cayman. Over and over again. Used or otherwise. Case closed.