Audi will launch the updated Q3 in India soon and word around the corner is that it might be around mid June. The facelift version gets updates mostly in the form of cosmetic as the premium SUV will now feature redesigned grille with bolder chrome surrounds, larger air intakes, new set of alloys and new taillamp cluster. The 2015 Audi Q3 might also feature LED headlamps as an optional feature. 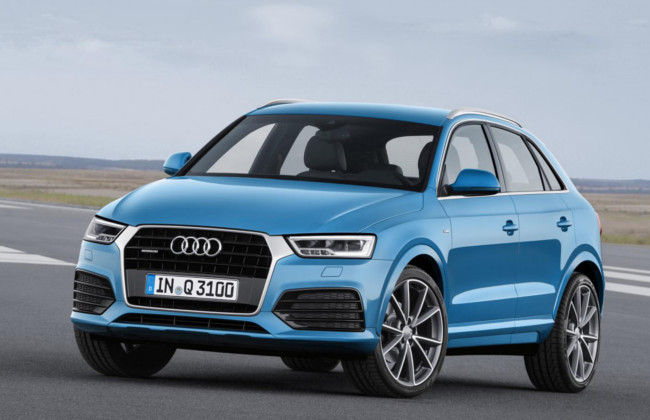 The interiors too have believed to be subtly updated as it now includes new instrumentation cluster, new steering wheel and updated MMI system. Under the hood, the SUV will keep housing it’s trusted 2.0-litre TDI diesel engine and most likely it will also offer the 2.0-litre TFSI petrol engine which was discontinued earlier. In the transmission gearbox, the Audi Q3 will get seven-speed dual-clutch automatic transmission with Audi Quattro AWD system.

The engines have been tweaked to be more powerful and at the same time tuned to deliver more fuel efficient. If sources are to be believed, the automaker might also re-launch the Q3 S variant which will feature six-speed manual gearbox and front wheel drive system. Recently, Audi India has launched two performance orientated car in country, the RS6 Avant at Rs 1.35 crore and RS 7 at Rs 1.40 crore. Both the cars will be sold in country enroute CBU. The 2015 Audi RS7 features redesigned bumper, new honeycombed single-frame grille with Quattro badging and updated LED headlamps with an option of Matrix LED, which is also used in luxury A8 saloon. The updated saloon is around 12 lac dearer than the outgoing model.