Audi to Display Three Cars at the Auto Expo 2016

India is ready to witness a grand event in February first week i.e. the upcoming Auto Expo 2016. The popular automakers from across the world will be showcasing their products right from budget hatchbacks to SUVs and luxury vehicles, which will surely set on fire this four-day event. Amongst the prominent automakers, the Germans always pleases with their flamboyant products and that is what exactly Audi will be doing at the event. After successful 2015, Audi India has set the course for its next list of cars to be launched in coming times. While some are a mere specimen of the future launches, others will be the newer versions of the existing models. So let’s roll down what Audi is bringing at the upcoming Indian Auto Expo 2016. The All New Audi R8

First in the list is an updated version of the performance supercar Audi R8. The second generation R8 is now sportier, agiler and handles the roads more responsibly. The example of strong dynamism will be seen in top-end V10 model which has been specially crafted to burn the wheels on race tracks. The flawless road handling capability is achieved with the help of Quattro AWD setup. The car shares about half of its parts with R8 LMS, the racing spec version. The virtual cockpit that comes as standard is also expected to get the steering wheel technology from LeMans, having 20 buttons mounted on it. 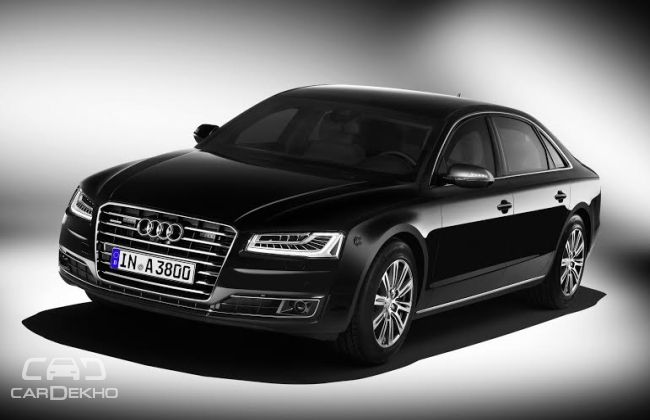 The new Audi A8 L Security was showcased at the Frankfurt Motor Show 2015 and will make its Indian debut at the upcoming Auto Expo. The car is the armored version of the A8 L sedan. With more robustness in the structure, the armored security sedan is now in-line with the VR9 level of resistance of ERV 2010 guideline, upgraded from the previous VR7 level.

Crafted with the extensive use of aluminum, the car’s weight is relatively low, while it has been successfully tested to hold out against explosives. The new Audi A8 L Security is also the first armored luxury sedan to come with an All Wheel Drive system with entire chassis designed to comply with the high-security standards. The making of each unit is entirely under Audi’s supervision in collaboration with Neckarsulm plant and top-secret factory. 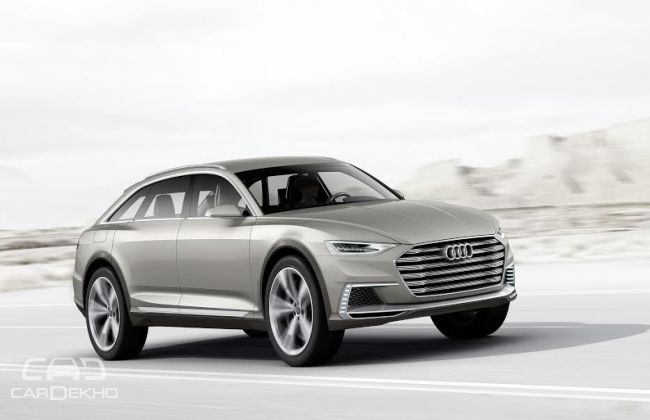 The concept was showcased at the Shanghai Auto Show. The Prologue Concept is just a glimpse of how future Audis will look like. The design, dynamics and sportiness are being presented in a new form, plus the inclusion of high-end technology that further enhances everyday practicality. The concept is a five-door model with raised body structure providing a new meaning to the Audi family of cars. The vehicle also sports Quattro permanent All-Wheel drive system and features light-weight design. One of the most interesting bits of this concept is that it allows digital interaction between the driver and other passengers in the cabin.