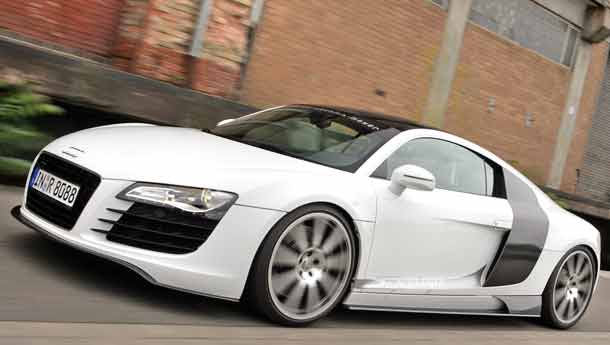 I was speaking to Joerg Muller, Volkswagen India’s chairman during the Jetta drive in May. We spoke about everything under the sun, from Indian politics to food and then of course, I had to justify my paycheck, so we veered back towards cars. At one point I blurted it out – Audi R8. I told him how Audi was missing an opportunity of making a dent in the small, but growing supercar segment in India, and that some grey importers were making a killing by offering the R8. He smiled, took a sip from his wine glass, wiped his mouth and said, ‘You’ll hear something soon’.

That ‘something soon’ has happened. The Audi R8 is now officially on sale. And for those who just thought they could put down the magazine right now and book one, well wait until next year, because the allotment for 15 cars for 2008 have all gone under the hammer. Despite that, Audi spent, what would appear, all they made out of those 15 cars on just its launch. Some might even call it overkill, but for a brand whose recognition is probably only second to Mercedes-Benz and BMW in India, being number one requires walking on a bed of nails.

Of course, the R8 is as hard as nails. Why would Audi even bother with a multi-crore rupee launch is hard to fathom, but here’s the thing. They have a lot of brand building still to do, and what better than to showcase their strengths – Quattro and performance with the R8. For the launch they brought an Auto Union Type-D and a Audi R8 Le Mans racer from ‘02 – the latter was eventually driven around Delhi’s roads with eight R8s. If that isn’t a launch party, I don’t know what is.   Bijoy had spent several laps around Lausitzring, sampling the R8, while I had a small parking lot, converted into a handling track. The R8 for India will have Magnetic Ride as standard that alternates between stiffer and softer damper settings, depending on road conditions. Other than that, it’s the same R8 you would drive around Europe. So you get a 4200cc V8 with 420 bhp and 44 kgm of torque. Which is probably what you will get if you douse the cylinders in rich 97 octane. Handling is spot on and straight line performance is mind-boggling. Around the handling track, I never went above 80 kph, nor slipped beyond third gear, but banging against the redline brought back memories of my drives in the RS4 and RS4 Avant in Germany. The exhaust note is a mite louder while grip is quite good, to say the least.

You lose control of the leash when you hear the price tag – Rs 1.17 crore, ex-showroom Delhi, which puts it even closer to the Porsche 911 Turbo. And for Rs 95 lakh you can get yourself a nice Nissan GT-R, a car that develops insane amounts of grip and staggering performance numbers. Of course, it’s only available through the grey route. Audi hopes to sell 20 cars next year, but then again will people want to buy a car that’s performance car of the year 2007, when the 2008 car is looming around? We’ll need to wait and see if the R8 can still manage to pull that off – but until then I need to speak to Joerg and see if they are planning to put the VW Golf W12 into production.