Following the reveal of V10, V10 plus and all-electric e-tron versions of the R8, Audi has now taken the wraps off its fourth and final variant, the LMS race car. Built by the performance arm- quattro GmbH, LMS will be available on order in the second half of the year, with deliveries beginning late 2015. 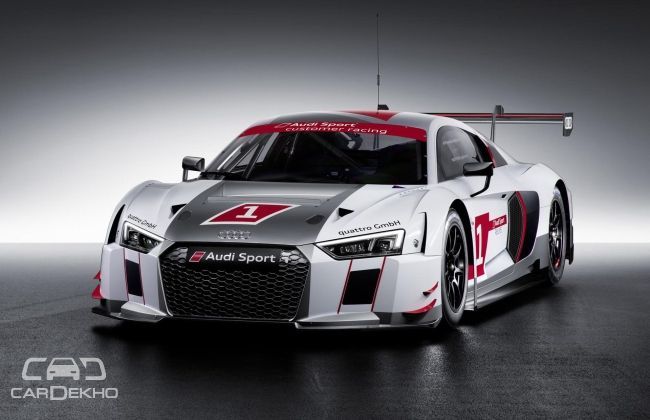 The all-new R8 LMS is the first GT3 car to feature a carbon fiber reinforced plastic crash element at the rear, liberating it to meet the more demanding crash test requirements. Also, a fully-lined underfloor and integrated rear diffusor has been used by the company, with an aim to reduce the dimensions of the rear wing without a corresponding increase of aerodynamic drag. The race car has also gained a Audi Protection Series PS1 seat connected directly to the chassis for better stiffness, whereas a rescue opening in the roof has been placed. 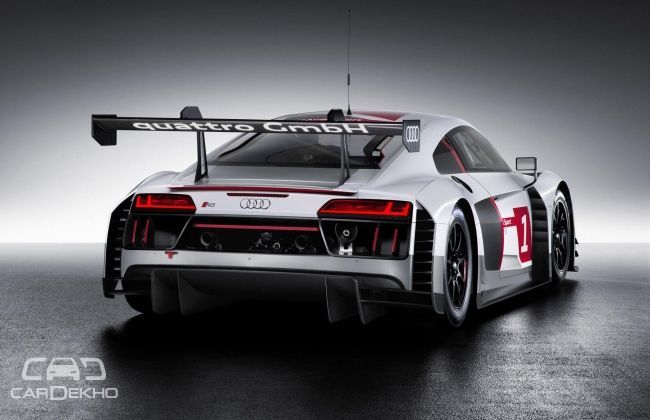 Powering the LMS is the familiar V-10 engine that’s nearly identical to the unit fitted to the road-going counterpart. The engine displaces 5.2-litres and puts out 585 bhp, depending on the applicable regulations and the restrictor required. The power produced is then transferred to the rear wheels via a sequential gearbox.

The R8 LMS is 25 kg lighter than its predecessor so it now tips the scales at 1,225 kg, thanks to an extensive use of carbon fiber in its construction. Also, the chassis is now about 30 kgs lighter (at 252 kgs) than the predecessor.