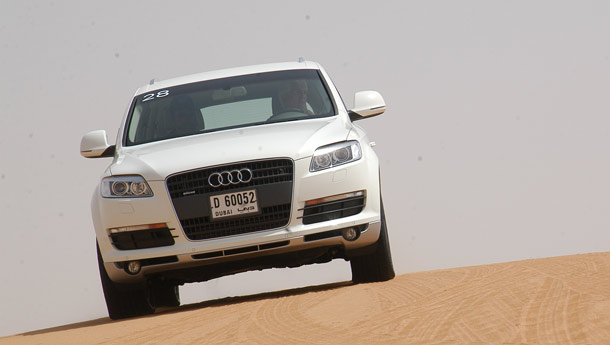 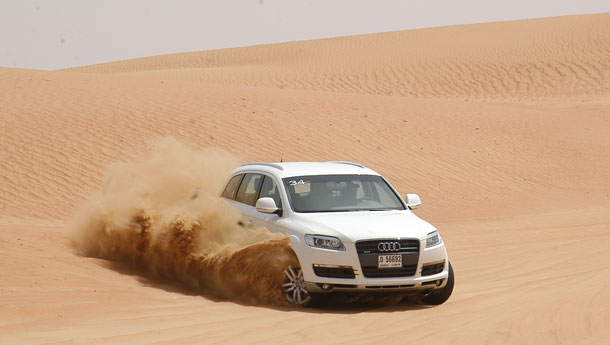 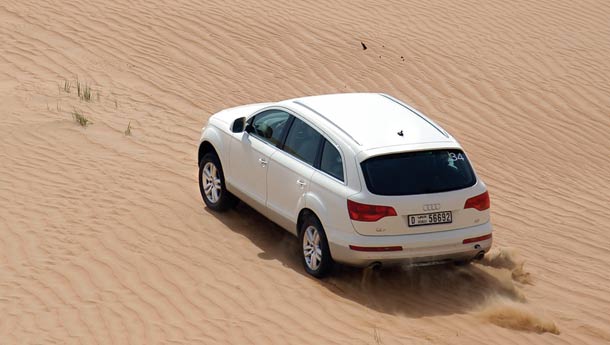 I went to Dubai. All God-fearing Mallus go there at some point of time, right? No, I didn’t have to try hard not to behave like scores of my brothers from Kerala. And that means I didn’t hide my post-graduate degree and work in a marble polishing firm to earn 3,000 dirhams a month. I didn’t survive on kubboos for five years to collect enough dirhams to build a house back home. I didn’t surrender my passport to an employer. Best of all, I didn’t buy lots of dirhams’ worth of gold before I returned.

Instead I flew in business class, stayed at the famous Jumeirah beach resort overlooking the seven-star Burj Al Arab, which certainly is the most magnificent erection in Dubai yet. Then, dear readers, I drove the first ever SUV from the Audi stable over sand dunes. And, mission accomplished, I shopped for some chocolates and a bottle of Bailey’s Irish Cream (no Red Label for me) and returned home to file this copy. Trust me, a few nasty stars ten years back would have meant joining my friends and cousins in building the glittering oasis in concrete and glass that Dubai is today.

Now, Audi could have launched the Q7 at the Nurburgring to prove its handling prowess; they could have entered a few cars in the Paris-Dakar complete with trick underpinnings to prove its off-road cred. Heck, they could have airlifted a few to Antarctica if the point was to prove that it can counter inclement weather. But why Dubai? Because this is the natural habitat for a machine that has all the right to address the QE II as ‘mom’. If you still have any doubts, let me tell you that the Q7 is big. It is as big as the Porsche Cayenne and the Volkswagen Touareg, and it can bully a bunch of Hummer H2s till they give up their packed lunch. Did I mention that it is big?

Design wise, Audi had its work cut out thanks to every known SUV since the original Range Rover from 1972. I can imagine a very short design brief pinned on the design room softboard at Ingolstadt – it would have read ‘wir un bigger’. Once the designers built a mammoth machine, someone gave it a contemporary and corporate ‘dropped jaw’ and we got an SUV that looks perpetually surprised. The proportions are not what we are used to and that means a longish bonnet and lumpish greenhouse. The slimline headlamps are typical Audi but look like they were meant for LED technology that is obviously not ready for mass production yet. The new Merc S-Class-like wheel arch flares neatly hide the massive tyres. The signature forked-out five-spoke wheels alone can trigger a new jewellery trend amongst the bling set. You can’t call it handsome, neither can you label it pretty. Instead the newest Audi is somewhere between imposing and overpowering. Looks like the designers got a pay hike at the end of it all.   What the size thankfully doesn’t hide is brilliant build quality. You see, for Audi, it is easy to build an A6, or for that matter, an A8 very well – they have been building sedans with narrow shutlines and seamless weld joints for years. But with the Q7, they had to go back to kindergarten and play with SUV blocks. The resultant quality makes me think that what we are seeing here is a next generation Touareg – or this is even more ticklish – the next Cayenne. That should also explain why this machine is bigger than the current VW and Porsche. And better built too.

The most significant achievement is a third row of seats that can be occupied by specimens from the human race. It is a tight fit at the knee, still. Interior appointment is aluminium-fisted Audi and that means quality with a capital Q. The car is so well thought out, it is not difficult to do 200 kph within three minutes of getting behind the wheel. Which is exactly what we had to do thanks to the vast highway that led us to the Audi desert camp. Let me explain.

To begin with, there was a desert and then someone, in all probability looking to dig a well for water, struck oil. That meant abnormal wealth which had to result in bad taste or a Burj Al Arab. In the fifty-odd ensuing years, the Arabian Gulf got brilliantly paved roads. Roads that eventually connected one rich man to another. And they bought toys to play on these roads. No wonder then that the UAE and its neighbours have more cataclysmic supercar accidents every year than what entire F1 seasons can provide. The reason for this is roads that are draped in mirages and which also make you think that the notion of the earth being round is a fundamental mistake. These are roads where cars need artificial horizons as standard equipment. The Q7 does not have one and that is the only equipment you will ever miss in it.

So there I was, driving flat out, expecting the FSI V8 to reach take-off velocities any time. And then, as if some quirky engineer decided to have some fun, there are mild corners that you ‘can’ entirely miss. Not that it would have made a difference to the overall proceedings – there are no trees to wrap yourself in and the Q7’s Quattro drive gear can handle most of what a desert can throw at it.

Actually, the dynamics of the Q7 are phenomenal – especially when cornering at scary three digit speeds and with a left brain that is busy calling you names. The big Audi lets you choose from comfort/sport/dynamic settings for the air-suspension (there is a cheaper spring-strung model that is best avoided) and all you need is an intelligent navigator who will do the necessary double clicking on the MMI device to choose the correct mode. There is a degree of body roll at cruising speeds with the setting on comfort mode – but that is expected of anything that is as tall as most adult camels that we encountered.   Since petrol here is cheaper than mineral water (it really is), Audi had brought along only the 4200cc petrol-powered Q7s – which effortlessly propels the massive SUV thanks to 350 bhp at 6800 rpm and 44.4 kgm of torque at 3500 revs. Soon, a 233 bhp, 3000cc diesel will debut and that is what will prove popular amongst our films stars and corporate honchos. Primarily because you will need someone with 4200ccmore than a modicum of driving ability to get the best out of the FSI engine – Audi claims a top speed of 244 kph and a 0 to 100 kph timing of just 7.4 seconds, you see. Before I wrongly decided that I am good at it, we reached the Audi desert camp which was basically a nice set of tents perched on a sand dune and bursting at the seams with food.

Audi had set up a nice and simple off-road course that let journalists understand how capable the Q7 really is when it comes to difficult approach and descent angles and how deft the powertrain can be when it comes to transferring power to selected wheels that deserve it the most. That done, the suitably impressed journo bunch was driven around by expert drivers (who in normal life wield Toyota Land Cruisers to earn a living doing desert safaris). Audi probably knew that journalists cannot be flown halfway around the world (not us, there were dudes from South Africa and Australia, for heaven’s sake) and not be let loose on the sand dunes. So they did and that meant some magical movements of sideways driving under the watchful eyes of experts. Alright, we didn’t do much sideways driving or for that matter we didn’t have to drive the Q7 – it drove by itself is more like it. On the rare occasion when the tyres lacked traction, technology interfered and set us going in the right direction. But what was amazing was the show put up by the ‘experts’, as they unleashed the real potential of the massive SUV on the sands. They clambered up sand dunes, skipped through them sideways and did everything short of digging an all-new oil well. It takes some serious years in battered Land Cruisers to know how to ‘perform’ on sand, I realised.

There is no doubting the ability of the Q7, but in the same breath, there is nothing ground-breaking about it either. It will be the car of choice for those who cannot wait for the new BMW X5, those who cannot stand the looks of the Mercedes M-Class, those who think the Range Rover is too British. And on the rare occasion when they cross the path of a twister, hailstorm, sandstorm or mudslide,  they will realise that they have spent their money well.

Soon it was time to head back to Dubai. Driving flat out, really as flat out as possible, was like playing Test Drive II on a black-and-white monitor. Featureless deserts, vast highways, occasional oncoming traffic (on the right side most of the time, thankfully), skyscrapers in the distance that were growing bigger by the second, suburbs to begin with and then a massive city full of traffic. As I parked the big Audi in the hotel parking lot, I half expected the MMI display to say ‘My grandmother drives better than you’. It didn’t, and that meant it was all for real.