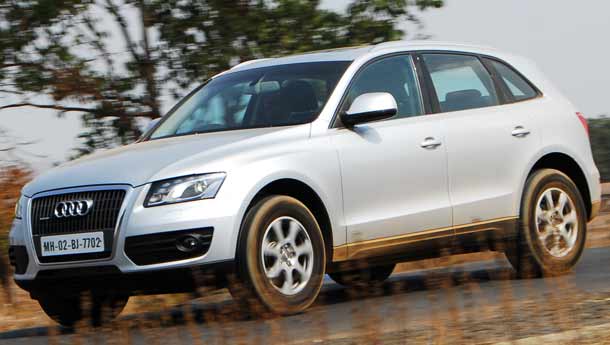 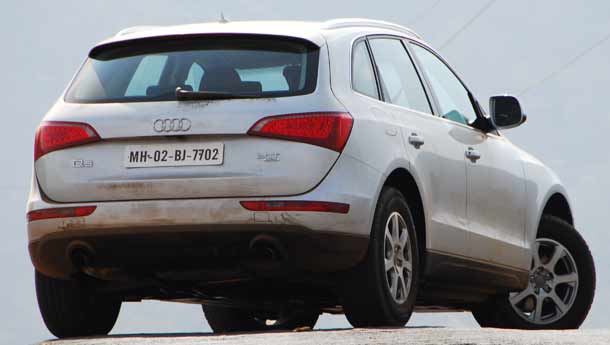 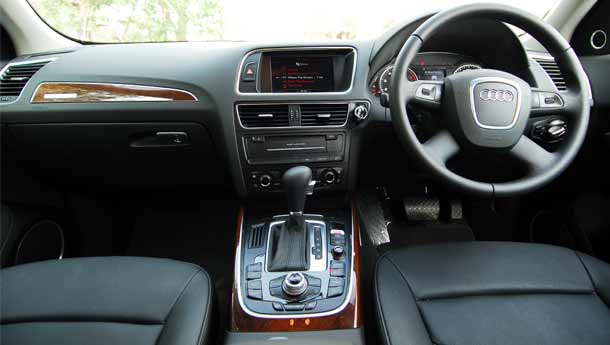 It’s as if Indians are concerned that you are wasting electricity if your car’s headlamps are on during the daytime. Driving the new Audi Q5 2.0 TFSI around, various strangers point at the car and rotate their palms as if they are turning huge knobs. And once, a two-wheeler rider saw me approach in his rear-view mirror and did the same motion with his arm bent backwards. Amazing... no, not that biker’s yogic manoeuvre, but the fact that he actually used the rear-view mirror! Anyway, that’s beside the point. The point being that the Q5 thinks it is either in Sweden or a superbike in Europe or the US. Turn the car on and the daytime running lights come on. You can’t switch them off.

Sure, it’s a neat safety feature, but I think that Audi also really wants the headlamps to grab people’s attention on their new SUV. Ever since the R8 and the new A4’s lamps got everybody’s attention, Audi has caught on to this thing. This is definitely a shift in the manufacturer’s focus on how people should perceive Audis – not just as high quality automobiles built with great precision, but ones that make a style statement too. With the white lights highlighting the car, it turns heads (and invisible knobs) wherever I go. The Q5 is a good looking car, all right. It has the same frozen concept car look that big brother Q7 has; it is something Audi has managed to do before, with the original TT, where the production car was quite close to how the concept looked. The Q5 is large without being intimidating and that coupe-like roofline contributes to a great extent of it not looking too much like a top-heavy SUV. Sometimes when the light is harsh and you look at it, the Q5 looks a bit slab-sided, but when the lights change or you come in for a closer look, you can see how well the sheetmetal has been formed and the muscular highlights of the car. At the same time, it’s pretty aerodynamic as well. Audi claims a Cd of 0.33, which they claim is the best in the category; looking at the Mercedes-Benz ML or the BMW X3, I’m not surprised. The best display of its aerodynamics is when we took the Q5 off the road and fine sand had settled all over the badges. Getting back on the road and after several performance runs, the sand had completely vanished. As if it had shrugged it off like a dog, only in the longitudinal axis!

Having a good Cd also means that the Q5 has the potential to be quick. And the SUV doesn’t disappoint. We had on test the petrol version, the 2.0 TFSI which is powered by a 1984cc turbocharged four-cylinder motor featuring Audi’s FSI direct injection. The motor cranks out 208.3 bhp at 4300 rpm and 35.6 kgm between 1500 and 4200 rpm. More about the engine later; now for what the engine allows the Q5 to do. 60 kph in 4.5 seconds, 100 kph in 9.0 seconds and we managed to attain a top speed of 197 kph (Audi claims 222 is possible). The passing speeds are impressive, with 6.1 seconds for the 80 to 120 kph dash and 7.5 for 100-140 kph. The figures are pretty good when you consider that its kerb weight is 1,740 kilos and the fact that the one thing the Q5 2.0 TFSI cannot boast of is cubic capacity. So what, it has technology. Read turbocharging and direct injection plus a valvelift system to make up for the lack of cubes. Using the same stuff that made the 2.0 TFSI the Engine of the Year four times in a row since 2005, the new engine has been reengineered. And it works. You never feel that the machine lags in performance except a bit at the top end, but you’re not buying this car to do 200 kph everyday (at least I hope so!). It is driveable across the range, okay maybe there is this marginal lag which you’d encounter in bad traffic because of the combination of turbocharging and the automatic gearbox, but that’s about it. Once it’s above the 1000 rpm mark, which is easily accessible, the Q5 is all set to go – if you want, even in a terrible hurry. It accelerates cleanly and the flat torque curve between 1500 and 4200 revs means the engine makes the car immensely flexible, whether you are stuck behind a crawling container truck or blasting other cars away on the highway. For a petrol engine, that’s really marvellous.Okay, I still have to drive the 3.0 V6 TDI, and I am sure it will make this EOTY pale in comparison!

Matching the engine well is the seven-speed dual-clutch S tronic gearbox with a mechatronic module that varies the speed of the gearshift process according to demand. Well, that’s good because it’s possible to match your driving mood. Yes, it features the famous D and S modes (but no paddle-shift, which is standard only on the 3.0 TDI). The humdrum D mode takes you through all the seven speeds, but I prefer the Sport mode even when I am not in a sporty mood (yes, it happens), where the shifts are much quicker and peppier. But it doesn’t wait for you to shift at the redline, which I think would have been a neat feature. To make up, accompanying the S mode-mood is the sound from the exhausts; the engine actually sounds raspy and powerful, as if it’s a V6 rather than a four-pot motor. Another feature I really liked was the auto hold function that functions like an instant parking brake. The signal changes to green? Press the throttle pedal, that’s all. This function is useful when you’re stuck on inclines as well. Similarly there is also the hill descent control that regulates the speed when you are coming down a slope.   Speaking of inclines, you may not take it off-road, but the Q5 is quite up to the task. It has decent ground clearance, good approach and departure angles, a clever self-locking centre differential and a sophisticated ESP/ABS system that recognises the terrain you are traversing and acts accordingly.Yes, the Q5 is not averse to going off the tarmac at all. Quattro is permanent with a 40:60 split as standard, giving the SUV’s handling a rearward bias under normal road conditions. When needed, the centre differential is able to transmit 85 per cent of the power to the rear or 65 per cent to the front. What that translates to is terrific grip on tarmac, even when you are out tackling some tight curves. The Q5 stays planted and allows you to straighten corners at speeds you would not think possible on most SUVs. It is so good at doing this that if it were a sedan, it would actually be boring to drive! Given it’s a fairly large SUV that will be chauffeur driven more often than not in India, the Q5’s predictable and neutral handling is actually a safe and good thing.

The sophisticated underpinnings of the Q5 also mean that it offers great ride quality too. Most owners would be happy with it, and if they want it to be firmer to go with their sporty outlook, there’s always the S line sport suspension option or the Drive Select option. Another thing helping matters over here is the packaging and weight management. Liberal use of weight-saving aluminium to reduce unsprung mass and the placement of the five-link front suspension well ahead give it a good weight balance between the front and the rear, and that assists in the handling characteristics of the Q5. With some crazy amount of R&D having gone into the steering setup, Audi boasts that ‘the steering gear is as agile and direct as in a sports sedan, without coming across as twitchy.’ Yes, but I felt that the servotronic speed-dependent steering setup was too intrusive. At low speeds, it is so over-servoed that you feel like you could do with some control and feedback, while at high speeds, it is so rigid that you’d wish it would be slightly more pliable. In other words, I don’t want a sport sedan-like steering on my SUV, I want an SUV steering setup in my SUV – a bit of feedback at low speeds without losing the ease of manoeuvring to make you feel that you are piloting a big vehicle and a wee bit more servo assistance at high speeds. But there’s no doubt that the overall steering behaviour is precise and does its job well.

There’s a lot that’s gone into the Q5, and it is really a well-crafted, cleverly engineered automobile. It is big without feeling bloated, is easy to drive in the city and marvellous to pilot out of it, competent on curves as well as dirt and is built to last a lifetime. And it is cheaper too, at Rs 38,29,000 for this petrol version, than the BMW X3 2.5Si, for instance. It’s for those people who think SUVs are not always about size. Or for those who are unfazed by people making obscene gestures at them.